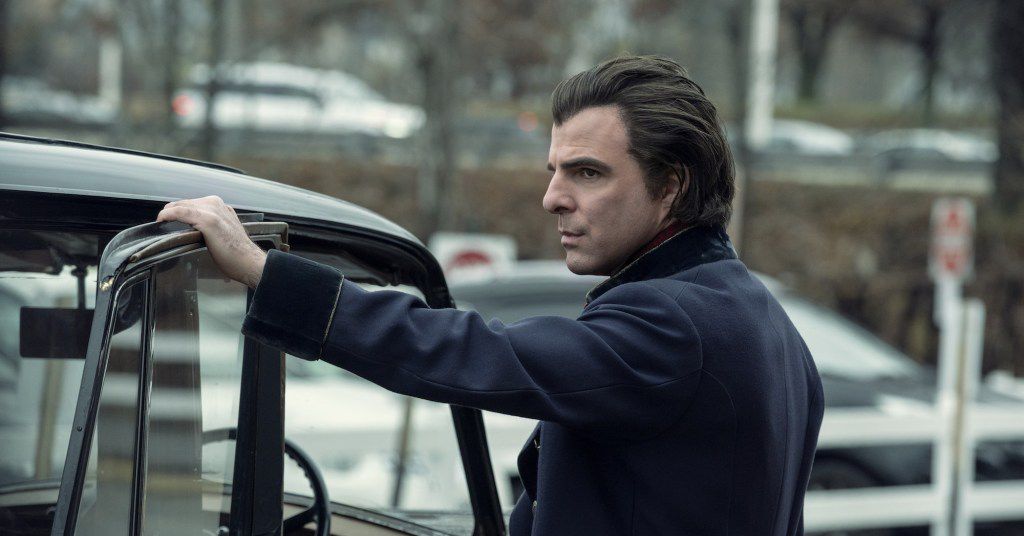 AMC has released the first trailer for its upcoming adaptation of Joe Hill’s horror novel, NOS4A2. The network also announced that the series will premiere alongside the next season of Fear the Walking Dead on June 2nd, 2019.

First published in 2013, NOS4A2 follows the story of Victoria “Vic” McQueen (played by Ashleigh Cummings in the series), who discovers that she has a supernatural ability to find lost things by riding her bike across a strange bridge. She crosses paths with a man named Charlie Manx (played by Zachary Quinto), who kidnaps children to take them to supernatural place called Christmasland, where he feeds off of their souls and corrupts them. Vic was the only child to have ever encounter Manx and escape and those experiences have haunted her later in life. Year later, Manx has found a new child to spirit away to Christmasland: her son.

AMC debuted the trailer earlier today, and screened the first episode of the series for audiences at Wondercon in Anaheim, California. The trailer is as creepy as you’d expect, showing off Quinto’s Manx and his 1938 Rolls-Royce Wraith (the title of the story comes from his vanity plate) as he works to kidnap children, while Vic vows to destroy him and his world.

NOS4A2 isn’t the only project based on Hill’s work that’s in the adaptation pipeline. Last year, Netflix picked up the comic series he created along with Gabriel Rodriguez, Locke & Key. The streaming service will also release a film adaptation of In The Tall Grass, the novella he cowrote with his father, Stephen King, sometime this year, while Sudder’s anthology series Creepshow will feature an adaptation of his short story “By the Silvery Waters of Lake Champlain” sometime this year. On top of all that, Hill will release a collection of short stories, Full Throttle later this fall, along with a novel, Up The Chimney Down, in 2020.

Our unannounced Google Chromecast didn’t come with Stadia, but it sure...