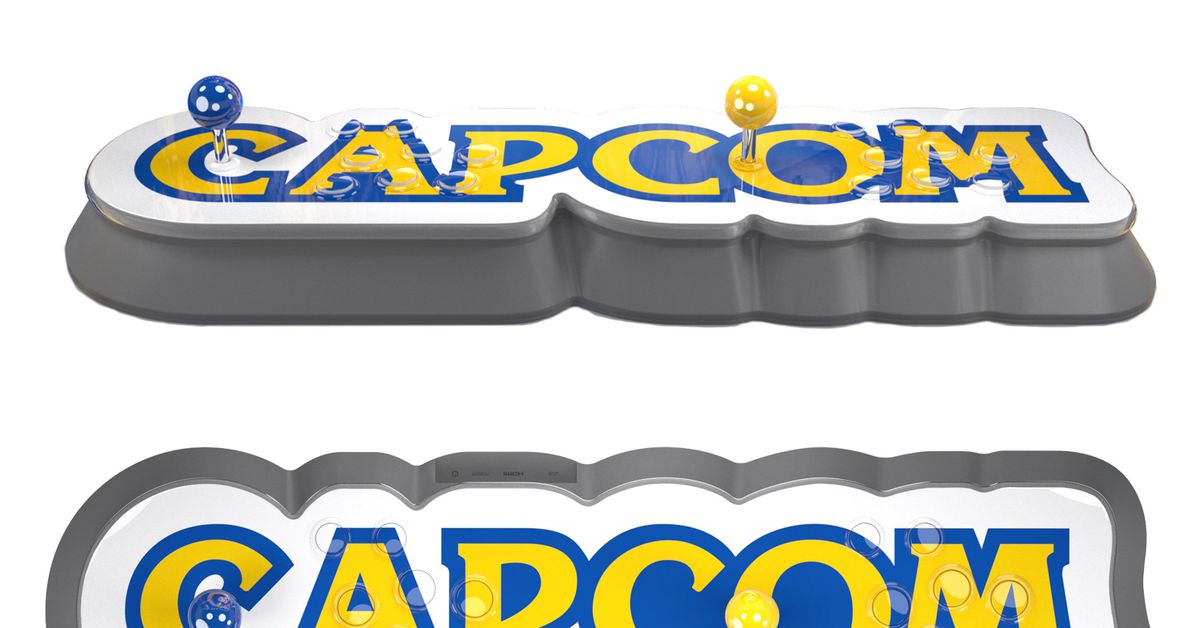 Nintendo has turned the mini-console into a trend, with the likes of Sony and Sega following suit. Now, game publisher Capcom is getting in on the action as well. Today, the company announced the Capcom Home Arcade, a plug-and-play system designed to play classic arcade games on your TV. It includes 16 built-in games and a fairly authentic-looking arcade control setup. Curiously, the whole device is in the shape of the Capcom logo.

The device connects to your TV via HDMI and is powered by a simple USB setup. Unlike other mini-consoles, it can connect to Wi-Fi: Capcom says the feature will be used primarily for global online leaderboards. Also important is the dual control setup, which should offer an arcade-style, side-by-side competitive experience, with eight chunky buttons a simple joystick.

For arcade purists, here are the nitty-gritty details, courtesy Capcom:

Featuring a pair of competition class Sanwa JLF-TP-8YT sticks with 8-way GT-Y directional gates and OBSF buttons for the finest precision, response times and durability. The 16 pre-installed games are from the original Capcom CPS1 and CPS2 arcade ROMs with emulation provided by FB Alpha, delivering an authentic and accurate arcade experience exclusively for the Capcom Home Arcade.

The 16 bundled games offer an interesting mix of fighters, shooters, and other curiosities. The complete lists includes:

The Capcom Home Arcade launches on October 25th, though there are no details on pricing for the North American release yet. In the UK, the machine will cost €229.99.

First look: Cowboy proves that e-bikes with removable batteries can be...