Condres OS, a distro much like the defunct Apricity OS, could be a speedier replacement for Linux OSes that have turned slow to no-go in recent new releases.

Condres OS is an Arch-based distro that offers many pleasing usability traits similar to three popular Debian-based distros: Linux Mint; Peppermint; and Zorin, which bundles ICE and Wine accouterments. Apricity OS was very similar and had many of the traits found in Condres OS. 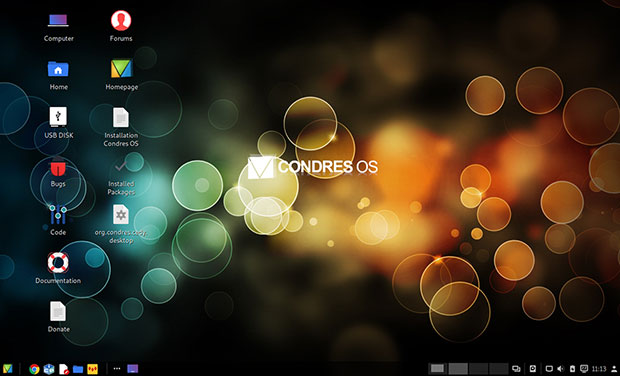 Condres OS makes a satisfying first impression, from speedy live session running from a DVD to easy installation on a hard drive.

Apricity OS was discontinued in May 2017 after a 20-month lifespan. It offered the Cinnamon desktop and a GNOME alternative with a dock bar at the bottom for those who preferred a Mac-like OS flavor. Either way, it came with a quick performance built around a clean and classy Linux look. Apricity OS was an Arch Linux variant with rolling releases.

It tried to bring a fresh approach to dealing with the often difficult Arch Linux way of doing things. Still a rarity for Arch, it had a graphical installer for beginner friendliness. Plus, it had nice theme styling and included Wine and PlayOnLinux to ease the transition from Windows.

Apricity OS also came with a cloud focus, thanks to the inclusion of ICE, a site-specific browser manager that lets you use your favorite Web app like an ordinary desktop application.

Not many Linux distros bother with ICE. Similar easy versions of Arch are Manjaro, Antergos and Bluestar Linux. So the notion that Arch Linux is best used by experts is starting to dissipate.

Condres OS, as is typical of Arch distributions, comes with a rolling release upgrade model. It is very easy to install and use.

Something else that impresses me with Condres OS is its software balance. It does not strictly follow the Arch philosophy of minimal software installs — not that it practices software bloat, either.

Condres OS comes with enough applications to let you get started using it productively. That beats having to spend time installing the basic user tools like Web browser, office suite (which, by the way, is the latest LibreOffice release), several multimedia and graphics applications, plus a slew of handy accessories. They come preinstalled.

I particularly like Condres OS’ fully functional live session ISO with a desktop icon to directly start a graphical installation process within the live session. In fact, the installation was one of the easiest I have ever experienced for an Arch-based product. It produced no errors or special requirements that needed command line solutions.

Condres OS caught me by surprise. I was not aware of it until a reader recommended it. He described it as a different kind of Arch Linux OS. That observation was on target.

My focus in Linux Picks and Pans each week is on presenting a variety of Linux options and new desktop developments. My personal preference is the Cinnamon version of Linux Mint, which I have used for the last few years as my daily workhorse operating system.

That option has fallen out of favor with me since the release of the last major upgrade, Linux Mint 19.1. I have it installed on several desktop and laptop computers. Poor performance was never an issue for me on Linux Mint Cinnamon until now. The troubles transcend a single computer.

The symptoms persist on well-resourced hardware with a range of upper-end specs. They include very long booting times and horrendously long loading times for applications.

The performance agony also involves delays in responsiveness when Alt-Tabbing among open windows and switching among virtual workspaces. Add the intermittent stuttering, and I have constant flashbacks to my days on Windows Millennium.

Condres OS comes in nine editions. These include Cinnamon, GNOME, KDE Plasma, MATE and Xfce. I hesitantly jumped into checking out the Cinnamon edition hoping for the best results. I was definitely not disappointed.

The Italian developers released Condres OS 2019.04 on April 14. While less well-known in North America, it ranks quite well on several sources that track weekly Linux distro downloads on other continents.

The developers thought out and executed their mission well. Their goal was to create a computing workspace and playspace more productive and elegant than other Arch alternatives provide. They hoped to attract users looking for the convenience of built-in cloud accessibility.

Thanks to the developers, Condres OS is not a typical Arch Linux distro retread. They provided features that users will not find in most other Linux operating systems, Arch family or otherwise. 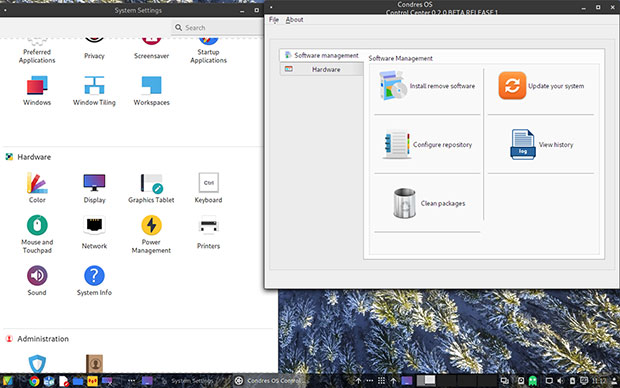 The System control panel and the Condres Control Center make it easy to access desktop preferences, system updates and other Condres controls.

Security in Arch releases is reputed to be a tad bit more rigorous than other Linux releases. Condres OS’ developers maximized that security barrier by incorporating software that minimizes security risk as much as possible.

One example of this is the inclusion of Suricata Intrusion Detection (IDS) tools. Suricata is a high-performance Network IDS, Intrusion Prevention System (IPS) and Network Security Monitoring engine.

Condres OS has a lower memory threshold of just a few hundred megabytes of memory usage. Other OSes idle at up to several gigabytes.

With an eye toward the cloud, Condres OS ships with a collection of Web apps that launch using ICE, a simple SSB (Site Specific Browser) manager. It is easy to create more.

An SSB is akin to having a standalone URL bookmark that launches from a desktop icon as if it were a separate application. ICE apps run in their own application-like windows instead of an open tab in a full Web browser.

A cool feature in Condres OS is the Pushbullet service. Pushbullet lets you send links and small files among your devices without having to take traditional file transfer steps, like sending email attachments or manually transferring files through cloud storage or portable storage media. It also lets you receive mobile notifications, texts and phone calls across all your devices.

A related cross-platform feature in Condres OS is Syncthing. This process makes it easy to share large amounts of data across multiple platforms. Syncthing can transfer large files faster than cloud-based alternatives.

An added security benefit with Syncthing is that your files and personal information are stored only on local devices rather than traversing the cloud. Even better, Syncthing encrypts everything along every step in the file transfer process.

I did not look at the other eight or nine desktop environment options available in Condres OS. I was intent on testing the Cinnamon desktop to find a suitable replacement for Linux Mint 9.1 Cinnamon. Condres OS did not disappoint. 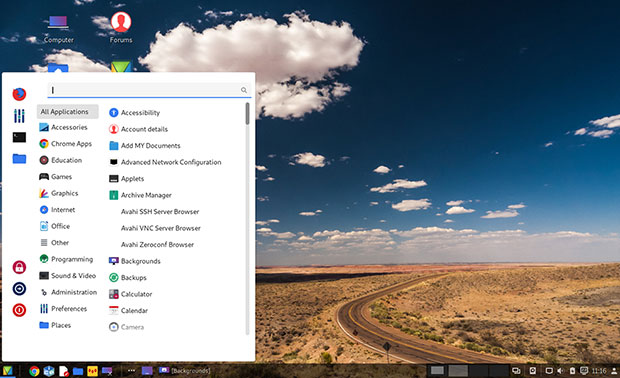 The CondresOS Cinnamon desktop is a picture-perfect view of a well-developed Arch-based Linux distro.

The bottom panel has all the system icons and applet options that are the core of the Cinnamon ecosystem. The System control panel in the Preferences portion of the Main menu provides access to all the Cinnamon environment options. The Condres Control Center panel in the Administration category of the main menu makes accessing system updates and other Condres controls easy to use.

The desktop view can display icons to launch favorite applications. You can place the same icons on the bottom panel and in the Favorites list within the main menu. A search window sits atop the main menu display to make it easy to start typing application names for instant launching.

Working with an Arch-based Linux distro put me out of my Debian Linux comfort zone. I was pleased by how quickly I acclimated to Condres OS. The Condres/Arch-specific software was intuitive to use. The few times I needed to clarify an issue regarding software, the answer was readily available. Hopping from Linux Mint to Condres OS was an easy move.

That said, the other Condres OS desktop offerings should not pose any technical or usability challenges for new users coming from other computing platforms. For that matter, Condres OS in any desktop flavor should be a comfy fit on any hardware.

I tested Condres OS on one of the oldest laptops in my lingering collection. I ran the live session ISO on both new and old gear without experiencing any glitches. I installed it on a laptop running an Intel Core 2 DUO processor with 3GB RAM for more extensive testing. The next step is to install it on my primary desktop computer in place of the troublesome Linux Mint.

Gamescom 2022 Returns as a Physical and Digital Hybrid Event From August 24 Through...