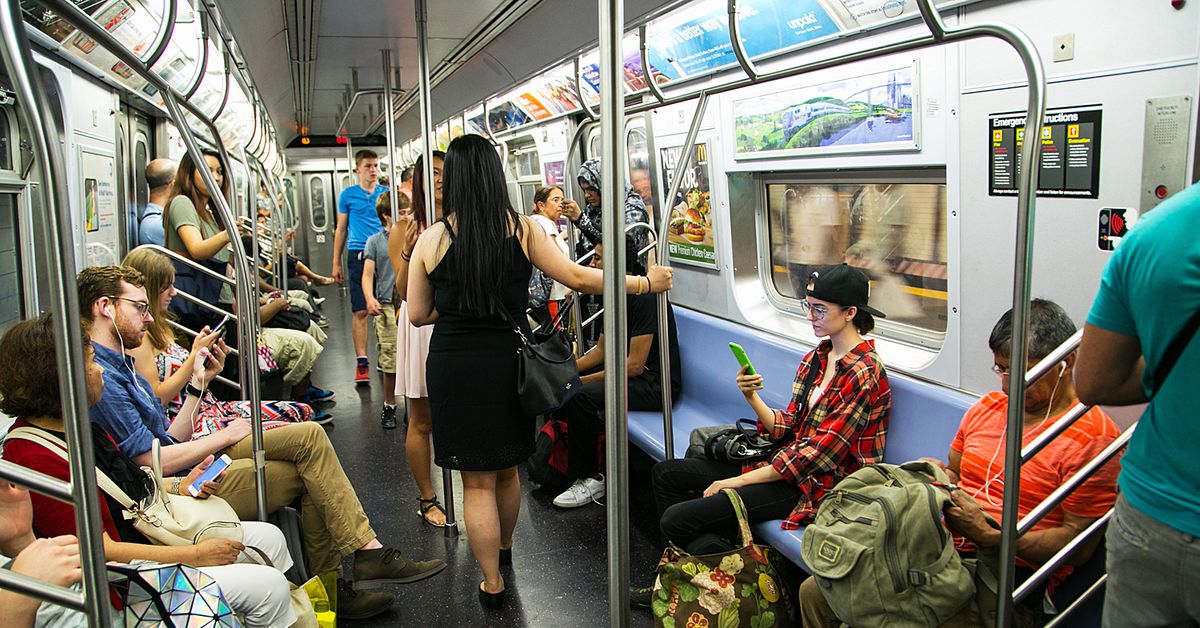 The New York Metropolitan Transportation Authority has denied suggestions that it’s putting facial recognition cameras in the subway, saying that a trick designed to scare fare-dodgers was misinterpreted. “There is no capability to recognize or identify individuals and absolutely no plan” to do so with NYC subway cameras, says MTA spokesperson Maxwell Young.

Young was responding to a photo taken in the Times Square subway station by New York Times analyst Alice Fung, which shows a prominently placed monitor with the words “RECORDING IN PROGRESS” and “Please Pay Your Fare” superimposed on a video feed. “Hey @MTA, who are you sharing the recordings with?” Fung asked.

The cameras can supposedly detect motion and recognize that a human is on-screen, which is a feature that’s common in security cameras as well as general purpose photography and video equipment. “But again, there is no capability to recognize or identify individuals and absolutely no plan to,” says Young. New York’s subway system is already heavily surveilled; the MTA contracted with Lockheed Martin and others to install 1,000 cameras and 3,000 motion sensors across the system in 2005, and in 2015, the MTA said there were 4,500 cameras watching the subways. Police also conduct random bag checks in subway stations.

“There is no capability to recognize or identify individuals.”

The MTA has singled out turnstile-jumping and other fare evasion tactics as a major factor in the subway’s financial problems, although some outside observers have questioned whether it’s over-emphasizing the issue. As The New York Times reported last year, a combination of factors may have led to higher levels of evasion — including a reduction of agents in subway stations, a decision to stop criminally prosecuting many offenders, and a rising frustration with delays and crowding on the subway. Times Square is one of the subway’s biggest hubs, but Young told The Verge it was possible these monitors would appear elsewhere in the city.

The MTA has implemented facial recognition cameras elsewhere. Last year, it launched a pilot program for identifying drivers at the Robert F. Kennedy Bridge, a move that the American Civil Liberties Union warned could constitute “pervasive, real-time surveillance of everyone passing by” and “a sea change in our government’s ability to track us.” However, The Wall Street Journal recently reported that the system had failed to detect any faces in early tests. That program, according to Young, is unrelated to the monitor in Times Square.

Facial Recognition and the Fight for Diversity

The final season of Star Wars: The Clone Wars gets a...