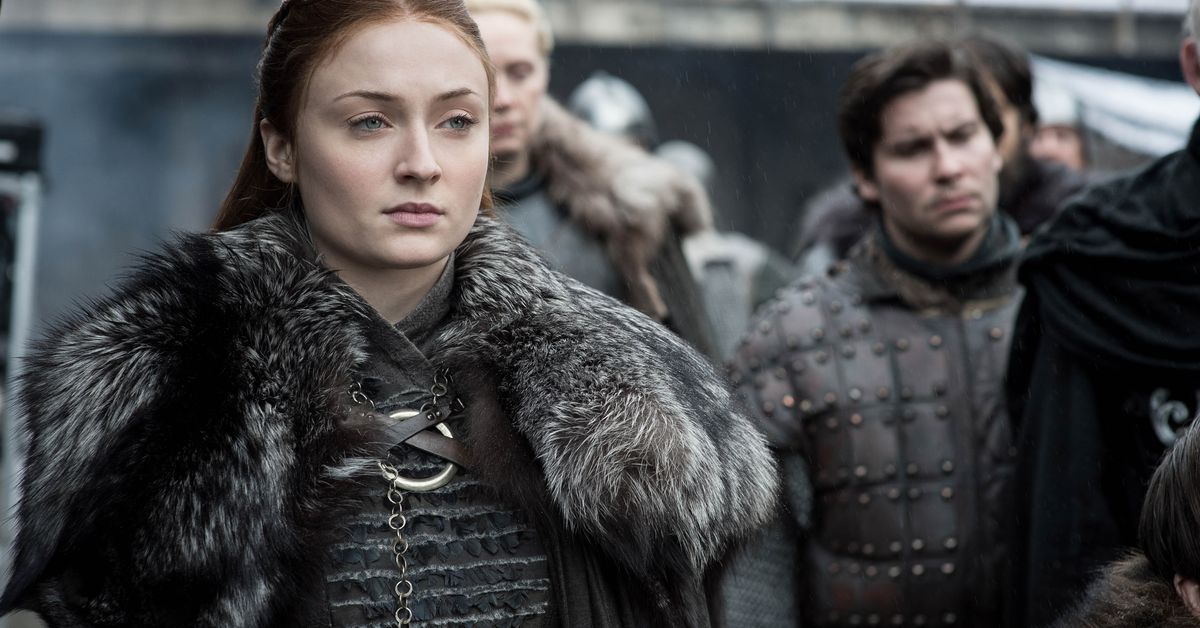 Spoilers ahead for Game of Thrones, season 8, episode 4, “The Last of the Starks.”

In the lull after the giant ice-zombie battle of the Game of Thrones episode “The Long Night,” Jon Snow makes a significant decision. In “The Last of the Starks,” he decides to entrust the secret of his identity as a lost Targaryen heir to his sisters, Sansa and Arya Stark. He innocently believes that if they swear they won’t tell a soul, his secret will be safe with them. But right after Jon swears Sansa to secrecy, she turns around and divulges the information to Tyrion.

The moment seems like evidence that Sansa can’t keep a secret, or doesn’t care about her word of honor if she sees a way to forward her agendas against Daenerys Targaryen. But the writers believe her choice to expose the information is a well-calculated move. As showrunner D.B. Weiss points out in a behind-the-episode clip, Sansa “knows what will happen if she gives Tyrion this information. She’s a student of Littlefinger, and she knows how information travels, and she can think many steps into the game, the way Littlefinger did.” Weiss says Sansa knows Tyrion will turn around and tell Varys, and from there, she can predict even more events that will follow.

Just before the events of season 1, Littlefinger pulled a lot of strings behind the scenes, saying he could use a broken kingdom to climb to power, because “chaos is a ladder.” He convinced Lysa Arryn to murder her husband, then pinned the blame on the Lannisters, instigating a war between them and House Stark. Sansa later uncovers these facts, and confronts Littlefinger. At this point in the story, it’s implied that she can also foresee these kinds of spiraling events, and she’s deliberately setting long-term plots into motion by telling Tyrion there’s “someone better” for the Iron Throne. “These are all things that have been occurring to Sansa between the time we see her get that information and the time she passes the message on,” Weiss says.

That time isn’t reflected onscreen — narratively, it seems like Sansa waits about five seconds before spilling her sworn secret — but Weiss says she’s already calculating the fallout of breaking the promise. After Tyrion and Varys discuss who deserves the Iron Throne, and who is better suited to take it, it’s clear that Varys is open to considering Jon Snow as an option, while Tyrion is still devoted to Dany. This quickly changes when Varys learns that Daenerys is willing to charge into King’s Landing, even if it endangers the lives of innocent people. “I’m here to free the world from tyrants. That is my destiny and I will serve it, no matter the cost,” Daenerys says defiantly. She only reconsiders after realizing she’ll look good if she gives Cersei a chance to surrender.

Her planned battle strategy meeting turns into an ugly realization for both Tyrion and Varys, as they look at the ruler they’re backing struggling with her desire for vengeance and power. As Varys notes dryly to Tyrion: “I’ve served tyrants all my life: they all talk about destiny.” That’s the kind of backhanded critique a clever servant lays on a master in secret — and it spells out how much support Dany is losing, just as she feared she would. It’s why she told Jon Snow to be quiet, and definitely not tell his sisters that he’s a Targaryen. “It will take on a life of its own, and you won’t be able to control it or what it does to people,” she tells him, and that’s literally exactly what happens next. When people are aware there’s another option besides Cersei, and it’s not a feral queen from a land they don’t trust but instead, likable, naïve, failure-prone Jon Snow, it’s clear why they’d immediately consider it.

The implied result is that Varys will start to quietly plot Dany’s demise, if she doesn’t lose the war against Cersei first. This is the sort of scheming and maneuvering that initially gave Game of Thrones its richness, and it’s been missing from this season, aside from a little side-eye between Sansa and Dany. It’s good to see the show making some attempt to use its cleverest chessmasters again, and giving Sansa her chance to pull at their strings — even if that does just look like breaking a promise.

Because you definitely want to watch Henry Cavill build a gaming...