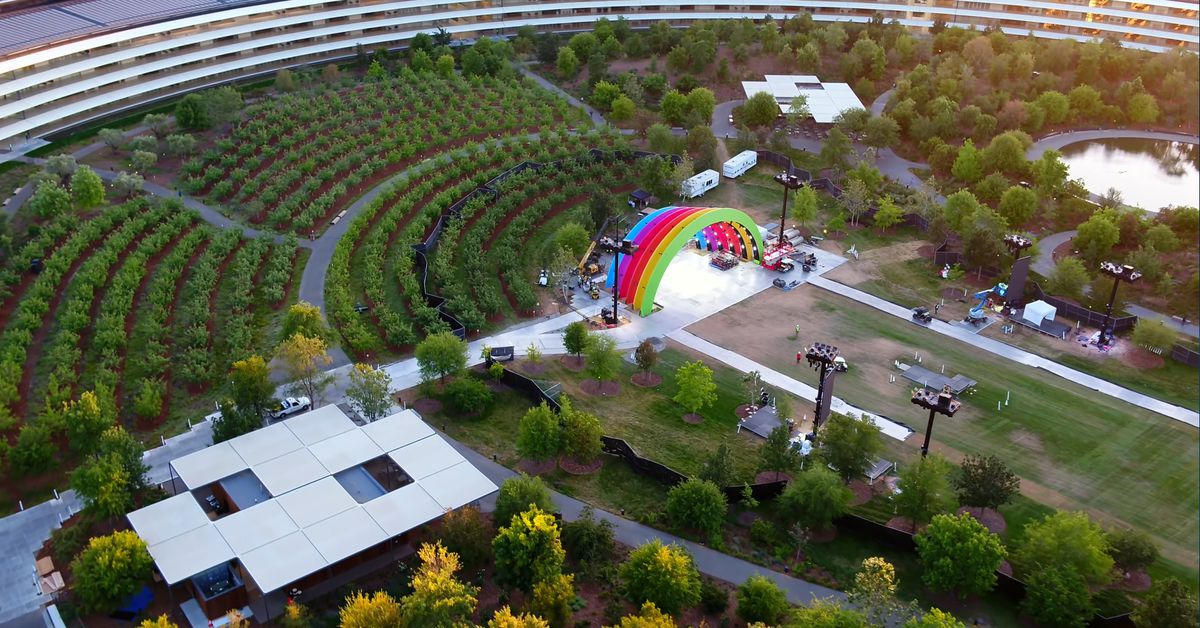 According to MacRumors, Cult of Mac and a variety of social media reports, Apple employees are having a unique day at Apple’s spaceship campus — one filled with rainbows.

Last week, drone videographer Duncan Sinfield discovered that Apple had erected a gigantic new rainbow stage at the heart of its Apple Park campus, and this morning Apple employees learned what it meant: a huge celebration that culminated in a private performance from Lady Gaga herself.

There was rainbow swag:

There were rainbow staircases:

And most importantly, there was a full explanation on Apple’s own internal network:

According to those articles on the Apple intranet (via Cult of Mac), the rainbows are all part of a special event today — one celebrating the formal opening of Apple Park (though it technically opened in April 2017) and paying tribute to late Apple co-founder Steve Jobs simultaneously.

Apple CEO Tim Cook confirmed as much later this evening:

The colorful arches aren’t just some fancy tent, by the way. It’s called the Apple Stage, and it’s apparently a 25,000 piece structure built to the specifications of Apple’s famous design director Jony Ive (the one whose face may someday appear next to “aluminum” in the dictionary). According to the report, the design breaks down into a set of building blocks that Apple can use again and again, meaning we may see it reappear for future events.

But first, Lady Gaga got a chance to break it in.

Coronavirus relief bill passes House, but will wait days for a Senate vote

CES 2022 starts to fall apart as T-Mobile, Amazon, and others bail on in-person...

Devs Engage in Soul-Searching on Future of Open Source

TikTok guidelines said not to promote posts by ‘ugly’ and poor...