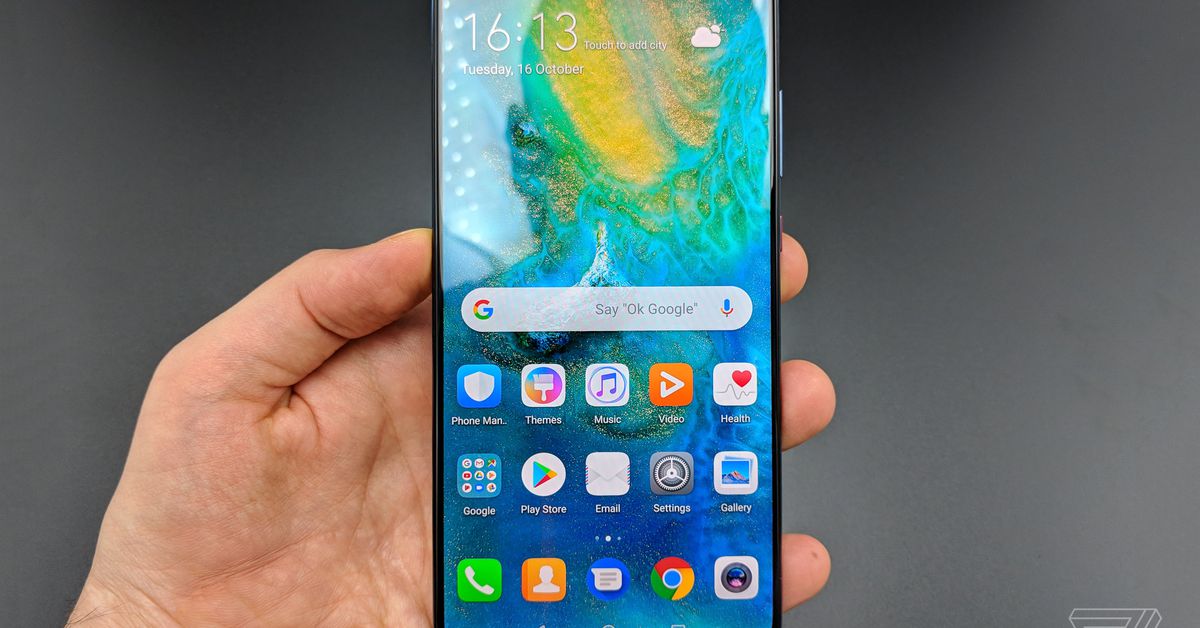 UK mobile carrier EE announced it is “pausing” the inclusion of Huawei phones in the rollout of its new 5G network. It’s the latest example of carriers distancing themselves from the Chinese tech giant after Google pulled the company’s Android license in response to a US government ban.

EE announced earlier this month that it would offer Huawei’s Mate 20 X 5G — one of the first 5G-capable smartphones — on its upcoming network. But the carrier, which is owned by the BT Group, one of Europe’s largest telecommunications companies, said it wouldn’t launch the device until it could assure customers of the device’s long-term usability.

“Until we get the information and confidence that gives us the long term surety that our customers, when they buy those devices, are going to be supported for the lifetime they’ve got the device with us … we’ve put those devices on pause,” said Marc Allera, CEO of the BT Group’s consumer brands, at a press conference this morning.

The announcement is one of the first responses from European mobile carriers to Huawei’s lost Android license. Although Huawei has never been able to launch its devices in America, the company’s phones have been well received in Europe. In the first quarter of 2019, Huawei shipped more than 59 million smartphones, with roughly half of these going to Europe. That means the company accounts for roughly a quarter of the European market.

Without Google’s full Android license, Huawei devices will lose access to the Google Play Store, key apps like Facebook, Instagram, and Google Maps, and to Google’s security updates. Huawei has a temporary license to issue Android updates to existing devices until August 19th, but after that it’s not clear what the future of the company’s phones will be. It’s also not clear whether unreleased Huawei devices will have access to updates if they launch before that date.

Europe’s biggest mobile carriers, including Spain’s Telefonica and Germany’s Deutsche Telekom, have yet to discuss whether or not they will continue to sell Huawei’s phones.

Earlier this week, Japanese mobile carriers announced they would delay the launch of new Huawei phones on their networks. A spokesperson for one of the carriers said the company wanted customers to “feel safe using our products.” If the US shows no signs of dropping its ban on Huawei, other carriers around the world will likely follow suit.