HMD Nokia is expanding the breadth of its smartphone lineup in the US today with the launch of the Nokia 3.1 A for AT&T and the Nokia 3.1 C for Cricket. The Nokia 3.1 A is the company’s first phone for AT&T’s network since HMD relaunched the brand in 2016, while the 3.1 C joins the larger 3.1 Plus from earlier this year on Cricket’s network.

Targeted at the entry-level of the market, the phones are essentially identical in terms of specs and features. They have 5.45-inch, 720 pixel wide displays; 8-megapixel rear cameras with LED flash and 1080p video capture; 5-megapixel front cameras; 2,990mAh batteries that Nokia says is good for two days of battery life; Qualcomm Snapdragon 429 processors with 2GB of RAM and 32GB of storage with support for microSD card expansion. Interestingly, the Nokia 3.1 devices both have USB Type-C charging ports, unlike the recently released Nokia 4.2, which despite being higher-end and more expensive, uses Micro USB. They also both have 3.5mm headphone jacks.

Much like the rest of Nokia’s lineup, the big differentiator for the 3.1 A and 3.1 C is the software running on them. Both are launching with Android 9.0 Pie out of the box, and though they aren’t technically part of the Android One program due to customizations for their respective carriers, the main software UI is the same as other Nokia models and very similar to what Google offers on its Pixel line. Nokia will not commit to the same two years of platform updates and three years of security patches that Android One devices receive for these models, but it says the devices will receive OS and security updates at a “regular cadence and as frequently as possible” over the 18 months from their launch.

Today’s announcement puts Nokia’s US lineup at nine models, ranging from entry level devices like the 3.1 phones to higher-end models like the Nokia 9 PureView. The company has largely stayed away from the ultra-premium high-end of the market, however, where much of the device sales (and profits) in the US are. 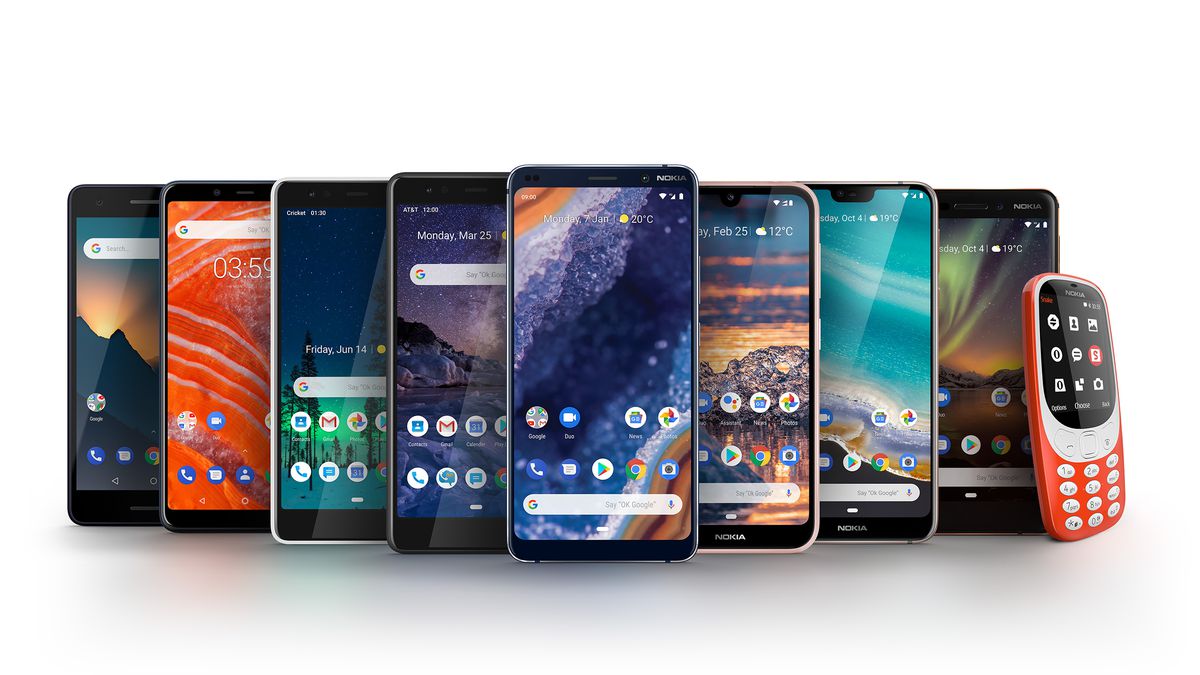 Nokia’s range of devices available in the US. The first four models are carrier devices, the remaining five are sold unlocked. Image: Nokia

Speaking to The Verge, HMD Global CEO Florian Seiche said the company’s current goals are to expand its relationships with US carriers and to get a “strong entry into the prepaid / value segment.”

Maurizio Angelone, vice president Americas for HMD Global, agrees that breaking into the US market is difficult. “We started our initial inroads to the US market with unlocked devices through Amazon and Best Buy more than a year ago and this year we started working with some carriers in the US to see how Nokia could reach a larger scale here.”

So far, that has meant building scale at the low-end of the market. Before the 3.1, the Nokia 2V was released on Verizon and and the Nokia 3.1 Plus came out on Cricket. Both of those models are similarly low-end to the 3.1 and cater to prepaid customers. Today’s release doubles the number of carrier-sold Nokia phones in the US, though it remains a modest four.

Angelone did note that other models in Nokia’s lineup, like the “value premium” Nokia 7.1, have garnered interest from US customers and the Nokia 9 PureView was a test of the waters at a slightly higher price point. Angelone says the company has opportunity over the next twelve months with the launch of 5G to build better relationships with carriers and provide more options to the US phone buyer.

But for now, the Nokia phones sold by carriers in the US will be on the prepaid or entry level side of things. The Nokia 3.1 A will hit AT&T stores and retailers such as Walmart starting on June 10th, while the Nokia 3.1 C will arrive at Cricket on June 14th. Pricing for the phones will be announced when they arrive in stores, but you can expect both models to be priced between the $79.99 Nokia 2V and $159.99 Nokia 3.1.

Emmys 2019: how to watch the awards ceremony online

ArcoLinux Eases the Way for the Arch-Curious User

Apple stumbled into a war with the gaming industry, and the...