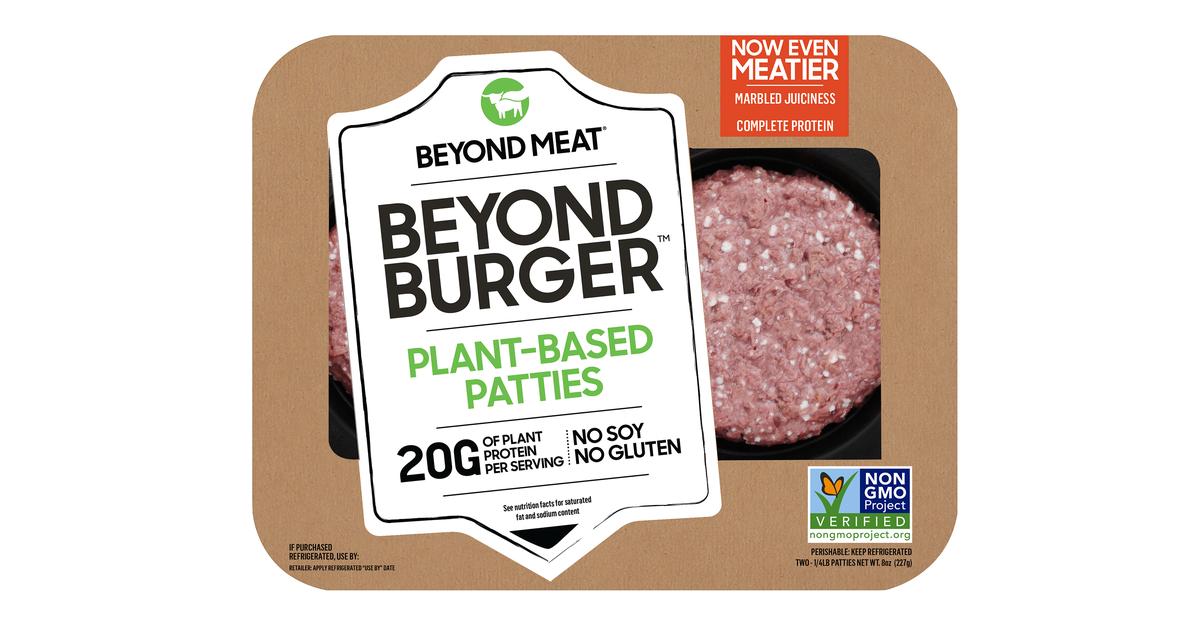 Starting this week, Beyond Meat is selling a new “meatier” version of its Beyond Burger that the company says is a source of complete protein and both looks and tastes more like real meat.

The new burger uses a combination of coconut oil and cocoa to imitate the look and taste of “marbling,” the white, fatty specks you get in meat that contribute to its rich flavor. The burger also new uses apple extract so that it browns more as it’s cooking.

A “rapid and relentless” development process

Although the burger contains the same 20 grams of protein as before, its pea, mung bean, and rice protein combination means that it’s now a source of “complete protein,” containing each of the nine amino acids that are necessary in a human diet. Complete protein can be tricky to get without resorting to meat or other animal-derived foods like milk and cheese, but Beyond Meat’s products are all vegan. They also use a time-honored tradition for vegetarian complete protein: beans and rice.

The new burger has been developed as part of what Beyond Meat refers to as its “rapid and relentless” development process. In a Vergecast interview due to be released later today, Beyond Meat CEO Ethan Brown says that this development process is designed “to try to make the product that you just bought obsolete as quick as we can.”

“As much as I love to hear that you know you’ve gone out to buy [our existing burger], part of me cringes because I know that I have a product here that’s so much better than that,” Brown says.

Beyond Meat, and its main meat-free burger competitor Impossible Foods, have both enjoyed enormous success this year. Beyond Meat’s sales tripled last quarter, and the company expects to break even this year. Meanwhile, Impossible Foods is now selling its Impossible Burger in Burger Kings nationwide, and both company’s burgers are available in a wide range of other burger chains. There have been growing pains however, The Wall Street Journal recently reported that both companies are now struggling to meet demand for their burgers.

Beyond Meat’s new burger is available starting this week in stores including Whole Foods, Kroger, Safeway, Publix, Wegmans, Target, and Sprouts. Look out for a small red label on its packaging that reads “Now Even Meatier,” to make sure you’re getting the new burger.

Dreams Creations Could Someday be Published on Non-Sony Platforms, Game Might Hit PC