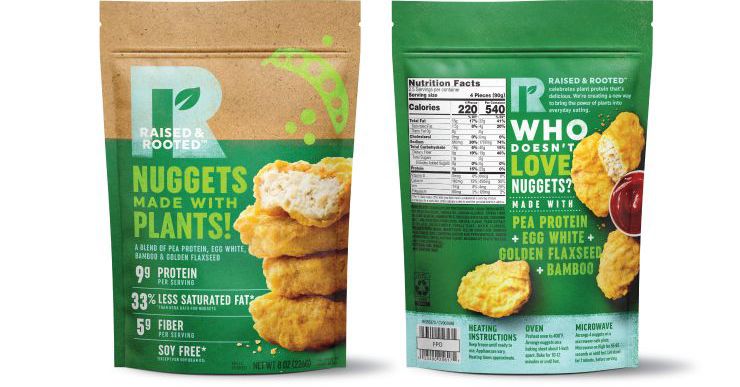 Tyson Foods, the biggest meat producer in America, is getting into the fake meat business. The company announced today a pea-based chicken nugget alternative that will be the start of a new Raised & Rooted meat alternative brand from Tyson, via CNBC. Looks like Beyond Meat and Impossible Burger just got some big competition.

“Today’s consumers are seeking more protein options so we’re creating new products for the growing number of people open to flexible diets that include both meat and plant-based protein,” said Noel White, president and CEO of Tyson Foods, in a press release announcing the news. “For us, this is about ‘and’ – not ‘or.’”

To White’s last point, not all products in the Raised & Rooted brand will be wholly meat-free. The company has plans to sell blended products, too, that simply use less meat than their traditional counterparts, like a burger made from a combination of beef and pea protein. The use of pea protein in particular seems like a similar approach to Beyond Meat, which specifically uses pea protein in an effect to avoid adding more soy to people’s diets, as CEO Ethan Brown explained to The Verge’s Nilay Patel on The Vergecast.

Tyson’s move into the alternative meat market isn’t a surprise: the company had previously announced that it would be developing its own plant-based protein products in February. Tyson was also an investor in Beyond Meat, before selling its stake in the company earlier this year, which Axios reported at the time was due to tensions between the two companies after Tyson had announced that it would essentially be looking to compete with Beyond Meat.

The Raised & Rooted nuggets will launch late summer, while the blended burgers should be available this fall.

The King of Fighters XV Gets Crossplay in 2023, Samurai Shodown Getting Rollback Netcode

Facebook’s Nervy Wrist Controller for AR Glasses and Much More

ARM vs. x86 Battle Royal: Why and How ARM Is Pulling Ahead