Comcast is introducing eye control to its X1 cable platform, a new effort that the company says will improve the experience of watching TV for millions of people with physical disabilities. Eye control lets customers change channels, pull up the X1 programming guide, set DVR recordings, and navigate through other menus of the cable box using only their eyes.

Comcast says it’s supporting basically all popular eye gaze hardware and software on the market to make the feature as accessible as possible — including devices from Tobii — plus “Sip-and-Puff switches and other assistive technologies.” Tobii president Tara Rudnicki said, “we are pleased to see how Comcast continues to make their products and solutions accessible.” 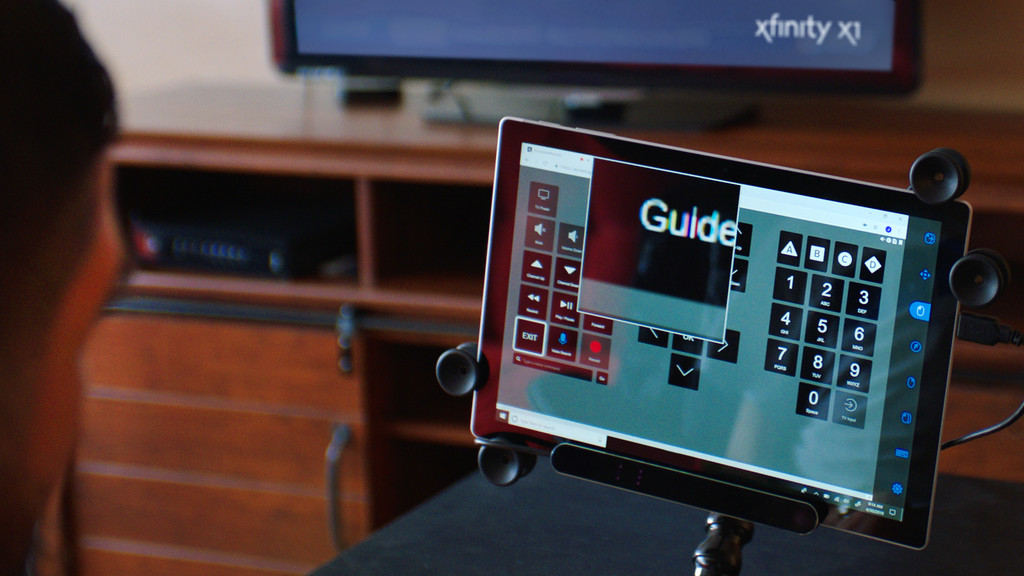 To use eye control, customers can sign into Comcast’s web-based remote control and link it to their cable account. “From that point forward, each time the customer gazes at a button, the web-based remote sends the corresponding command to the television.” Aside from core functions, a customer can also use eye control to type out X1 voice commands, like requesting a certain channel or searching for a specific genre or show.

Comcast made a video featuring one of its customers, Jimmy Curran, using the new eye control feature. Curran has Spinal Muscular Atrophy, a neuromuscular disorder, and was one of the first customers to test out the new system. “Technology is enabling me to be more independent,” said Curran, an author and research analyst.

Comcast’s move into eye control is fairly unique among cable operators. Many companies such as Spectrum and Optimum offer accessibility functions like readouts of what’s on screen, voice controls, large-button remotes, and narration of select channels. Hopefully Comcast introducing the option will prompt other cable providers to do the same.

Disclosure: Comcast is an investor in Vox Media, The Verge’s parent company.

Return of Remote Workers Brings New Challenges to IT Heads