In the cult 2004 role-playing game Vampire: The Masquerade – Bloodlines, vampires love to dance. Your protagonist can show up at a nightclub and jump into the center of the action, throwing their limbs wildly with an enthusiasm that’s not generally credited to the undead. And in a demo of Bloodlines’ upcoming sequel from Hardsuit Labs and Paradox Interactive, dancing is one of the first things you see, courtesy of a team member who did “extensive research” into the game’s original animations.

Developer Hardsuit Labs seems to be building a lot of these little, familiar details in Vampire: The Masquerade – Bloodlines 2. But in an interview at E3, its creators also talked about how to translate the original game’s tone and ideas into a new era and a new city — in this case, a dark and supernatural reimagining of Seattle, due for release early next year.

Bloodlines was an adaptation of White Wolf’s Vampire: The Masquerade tabletop role-playing series, set in an alternate “World of Darkness” version of Los Angeles. The game had a famously troubled development cycle but also earned a famously enthusiastic fan base; it’s beloved for its distinctive tone and diverse gameplay mechanics. The sequel’s designers include both original team members — like lead writer Brian Mitsoda — and longtime enthusiasts like Cara Ellison, who wrote extensively about Bloodlines as a games journalist. “We have a lot of fans in the office. It’s really, really easy to essentially bring the old Bloodlines into the new one,” says Ellison.

Bloodlines 2 takes place in a Seattle where vampires and other supernatural creatures secretly hold sway over the city, maintaining a deception known as the Masquerade. The player is a fledgling vampire going through what Hardsuit refers to as a kind of “vampire puberty,” but they’ve had the good luck to get in touch with the city’s feuding vampiric clans. (You can play either a male or female character, and the developers say they’re exploring other options as well.)

My hands-off E3 demo was drawn from early in the game and showcased a small set of special powers — I chose a form of telekinesis called Mentalism and the Tremere clan’s weaponized blood magic. As in Bloodlines, you’ll use your powers and stats (things like charisma or “humanity,” essentially a measure of your gameplay cruelty level) to accomplish tasks in different ways. Meanwhile, characters can give you contradictory goals that might ingratiate you with one faction or another.

In the demo, the protagonist got a mission from a local leader and nightclub owner, who needed information from a recently turned vampire. The protagonist obligingly infiltrated a seedy area called the Jungle with telekinesis and smooth talking, convincing some drug dealers that they were a pharmaceutical salesman looking to make a deal. But then I voted to switch allegiances and help the target take refuge with the Nosferatu, a clan of hideously transformed but highly resourceful vampires. By the end of the demo, the club owner was distinctly displeased.

Bloodlines 2’s demo is a deft mix of familiarity and strangeness. Characters speak with theatrical flair, but they’re recognizably grounded in the Pacific Northwest. The Nosferatu leader is a goofily dressed weirdo who was turned during Seattle’s ‘80s tech boom, and his clan lives in the city’s very real underground tunnel network.

The game still seems to play a lot like the original, but it emphasizes your supernatural powers while you’re in combat or navigating the city. The demo showed off new climbing abilities, and it downplayed the first game’s use of traditional guns and clumsy melee weapons. There’s also a new system called “resonance,” which essentially lets you read human characters’ emotional state and gain different ability buffs by feeding on them.

In the World of Darkness, 2010s Seattle shares the basic grittiness of 2000s LA, but it’s supposed to be a less volatile city with distinct vampire politics. “We’ve built up Seattle as more of a separate location with its own separate factions that work differently from LA,” says Ellison. But the game is still, at its core, about “power struggles and how people keep in power.” 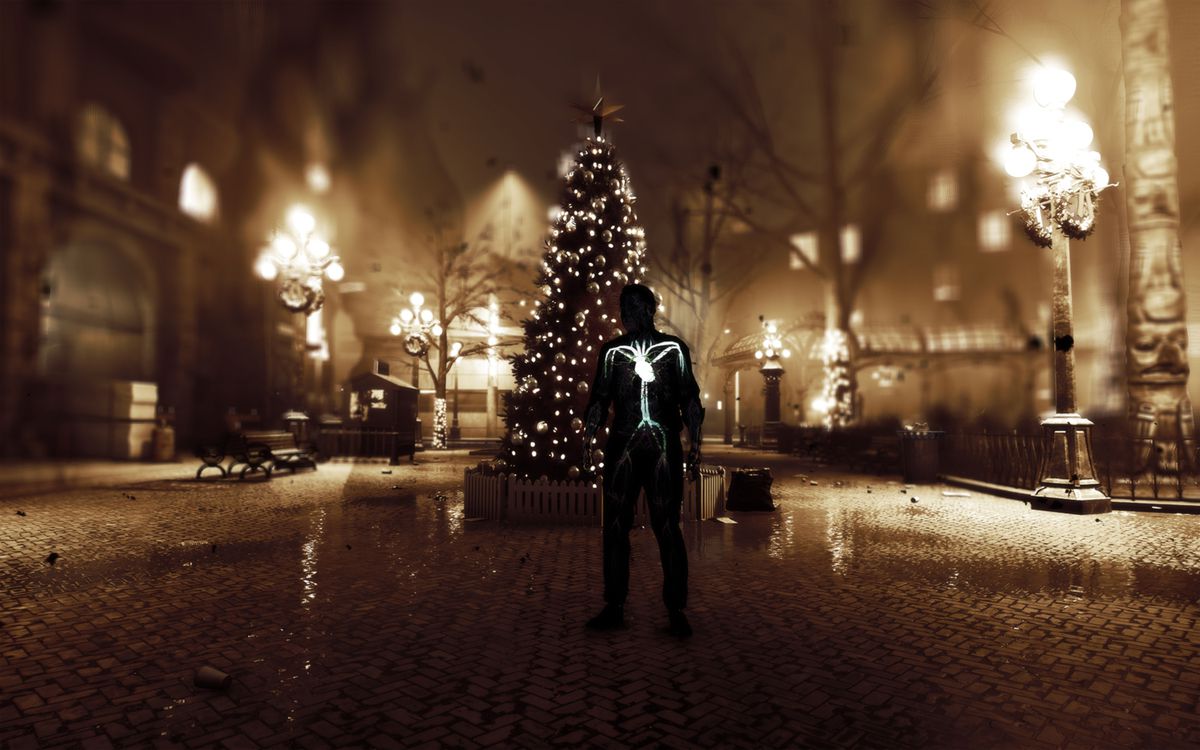 The Masquerade works differently in an age of social media, too. The original game had you occasionally recover photos and VHS tapes to cover up potential violations. Now, practically everyone in the city will be ready to document any supernatural behavior. “It’s extremely dangerous these days to break the Masquerade — because of surveillance, because of people wandering around with phones in their pocket all the time,” says UI / UX designer Rachel Leiker.

The World of Darkness isn’t the only place that’s changed since Bloodlines. Some elements have aged badly in the real world, particularly its often stereotypical and surface-level depictions of mental illness. You can play a Malkavian — a fan favorite clan whose members are all cursed with some form of insanity — in Bloodlines 2. But the game will more deeply explore the way they see the world and spend less time leaning on broad tropes. There will still be weird and potentially comic moments, like a Bloodlines Easter egg that involves arguing with a stop sign. But as Ellison puts it, “Brian [Mitsoda] and I have matured since he made the first game and I played the first one. So we kind of want to reflect that.”

“It’s extremely dangerous these days to break the Masquerade.”

Vampire: The Masquerade’s tabletop system became mired in controversy last year, and the entire series is about the intersection of sensuality, power, and violence. Your character is far from the toughest vampire in Seattle, but they’re still a powerful monster that lives by exploiting human weakness. (And, more literally, blood.) This can be creepy when handled poorly. When it’s handled well, though, it can let players explore touchy issues in a fantasy setting with less real-world baggage. And it sets Bloodlines apart from games that just offer context-free fan service or awkwardly dip their toes into “adult” themes.

“One of the coolest things about writing a vampire game is that whatever I do, everyone’s going to ooze sexuality,” says Ellison. “Like, they’re vampires. It’s very difficult to not write to that.” With the right stats, you can apparently flirt your way through substantial parts of the game, just like the original Bloodlines. And while Seattle doesn’t look as glitzy as LA, it seems to still have its share of dangerously seductive and charismatic characters — apparently including the ones that aren’t traditional sex symbol material. “There are some very strange ships in the office, let me tell you,” says Ellison.