Devil Doll, a 1964 British horror movie that Mike Nelson and his robot pals Tom Servo and Crow T. Robot mock mercilessly in a season 8 episode of Mystery Science Theater 3000 (which originally aired on October 4th, 1997). Bryant Haliday, best known for being one of the co-founders of the American arthouse movie distributor Janus Films, plays The Great Vorelli, a sinister ventriloquist and mesmerist with a huge following in London. William Sylvester, best known for playing Dr. Heywood Floyd in 2001: A Space Odyssey, is an American journalist who brings his girlfriend Marianne (Yvonne Romain) to one of Vorelli’s shows where she falls under his hypnotic spell. Sylvester scrambles to save Marianne’s soul, while also trying to figure out the secret of Vorelli’s disturbing animated dummy, Hugo.

Because Toy Story 4 and the latest Child’s Play movie both open this weekend in theaters everywhere.

Neither the original 1988 Child’s Play nor the 1995 Toy Story pioneered the idea of a story about children’s toys coming to life and moving around, independent of their owners. The ballet The Nutcracker, the operetta Babes in Toyland, and countless early Walt Disney cartoons imagined childhood as a tumultuous fantasyland where the inanimate occupants of any given nursery could leap off the shelf and have little adventures at almost any time. On the darker side, the 1945 British horror anthology film Dead of Night is best remembered for its final segment, “The Ventriloquist’s Dummy,” in which Michael Redgrave plays an unhinged music hall entertainer who doesn’t trust his own puppet.

Dead of Night has been hugely influential on the horror genre, with its basic themes and ideas repeated in the 1978 thriller Magic as well as countless episodes of TV anthology series like The Twilight Zone, Night Gallery, and Alfred Hitchcock Presents, among others. The Twilight Zone is also responsible for introducing the killer toy “Talking Tina” in the 1963 episode “Living Doll.” The Simpsons parodies that treatment of dangerous dolls in the “Treehouse of Horror” segment “Clown Without Pity,” the recent supernatural thriller franchise Annabelle borrows from it, and the villain of Toy Story 4 pays homage to it. The 1975 TV movie horror anthology Trilogy of Terror features another influential dangerous doll tale: “Amelia,” starring Karen Black as a single woman trying to fight off a spear-wielding wooden figurine.

Devil Doll’s Hugo is definitely as monstrous as Annabelle, Chucky, or Talking Tina, with his plastered-on smile, defiant attitude, and mysterious ability to hop off Vorelli’s lap and walk around. Still, the movie itself is odd and clunky and best watched in the company of the Mystery Science Theater 3000 crew. Mike and the bots gleefully rip apart all of the long takes shot from unnecessarily low angles as well as the many drama-free scenes that seem to last forever and go absolutely nowhere. (As William hops into his car, Mike quips, “It’s only about 20 minutes to my place. I’m sure the audience won’t mind coming along.”)

Devil Doll’s scariest scenes and best ideas arrive late and share some similarities with Trilogy of Terror and Child’s Play in the way they suggest that murderous playthings are possessed by restless spirits, trapped in bodies made of wood and plastic. The film’s final payoff — had it been part of a more competently made motion picture — might’ve even been worthy of The Twilight Zone. 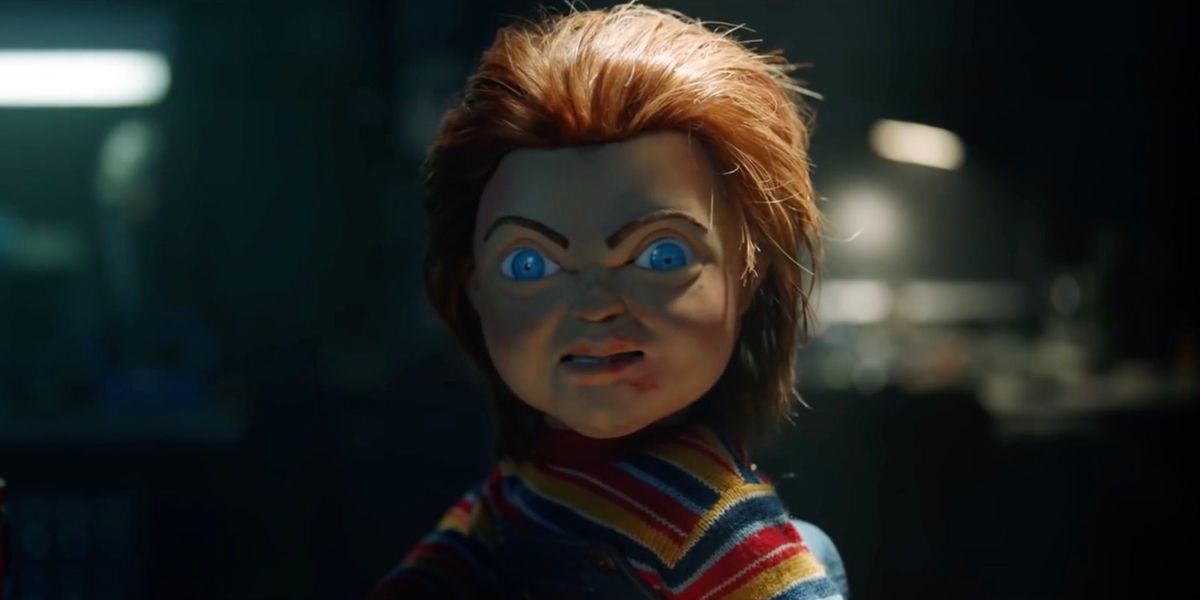 People who find the very concept of living toys disturbing or silly.

It’s possible that anyone who happened to stumble across an unadulterated version of Devil Doll on TV in the middle of the night might genuinely be afraid of Hugo, who is one hideous-looking dummy — especially when his master Vorelli slips a knife into his tiny hand. But it’s hard to take this little slasher seriously in the MST3K version of the movie where Mike and the bots respond to Hugo’s whiny complaints about never getting fed by doing their best impression of a vaudeville barker, shouting, “Everybody thrill as Hugo gets his own onion dip!”

This Mystery Science Theater episode also has some fun with the idea of anthropomorphism in a sketch in which Tom Servo’s soul gets transferred into a giant Toaster Strudel — which then watches the rest of the movie, with his rectangular silhouette seen right next to Mike and Crow. Mostly, the show pricks at the preposterousness of the Great Vorelli, with his scarcely evident charisma and his convoluted, Hugo-facilitated evil schemes. Mike puts it best after Vorelli uses his powers of persuasion to seduce his scantily clad female assistant, then leaves her for Hugo to carve up: “There’s no god. Not a single god.”

Tubi (for free with ads). Meanwhile, Trilogy of Terror is on Amazon, and the “Living Doll” episode of The Twilight Zone is available to Amazon, Hulu, Netflix, or CBS All Access subscribers. The latest Annabelle movie, Annabelle Comes Home, opens wide in theaters next Wednesday.

Bethesda Deal Was Not Done to Take Away Games from People, But We Don’t Need to Publish Them Elsewhere, Says Spencer

Cyberpunk 2077 to Feature Ray Tracing and NVIDIA DLSS 2.0 at Launch