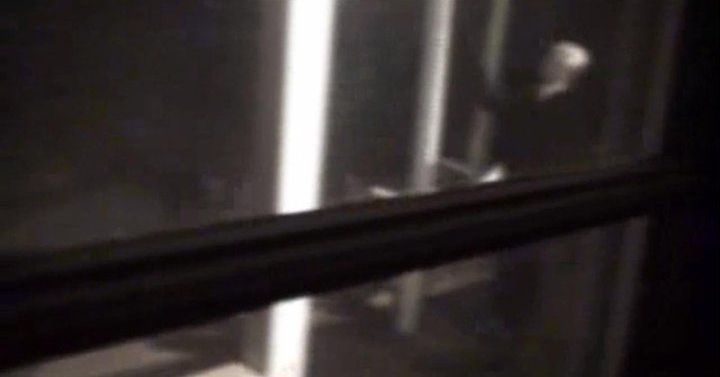 Ten years ago this week, a video appeared on the Something Awful forum describing a trove of unlabeled tapes that had been recorded as part of a student film project. The director had supposedly instructed for the tapes to be burned. But years after the project was suddenly ended, the video’s narrator reveals that he kept them intact and decided to parse through the footage.

“Should I find anything in any of them I will upload it to keep as a permanent record,” the narrator wrote. Within a few uploads, the audience was subjected to a slew of clues as to what drove the director to cancel the project. The tapes were filled with shots of eerie symbols and a tall, creeping figure without a face and dressed in a suit.

These videos were some of the first entries into Marble Hornets, an early fictional YouTube horror series that garnered a cult following and boasts a vibrant fandom across platforms even today. The series ran for five years, finishing on June 20th, the same date it began. Uploads were sporadic, some only a few seconds long. Others stretched out to the 15-minute length that’s popular with creators today. The series is a beloved relic of old YouTube and early internet culture.

“In internet years, 10 years is ancient. Like, might as well be Ancient Greece almost,” Tim Sutton, one of the series’s writers and actors, told The Verge. “We’re only a couple years removed from the land of flash videos and ‘You’re the Man Now, Dog’. We’re vintage internet.”

The series follows a character named Jay Merrick, played by Troy Wagner, as he attempts to understand what happened during the creation of a student film being shot by his friend, Alex Kralie. As he watches the tapes, Jay learns that Alex was being tormented by a figure known as “The Operator,” a version of the mythical creature Slenderman that was popularized in the Something Awful forums. Forum members would Photoshop the creature into photos and share their creations with each other. This community-generated content inspired Marble Hornets’ creators to craft an entire video series dedicated to the fandom.

YouTube was an entirely different world then; monetizing content was more difficult, and the site was oftentimes a secondary platform for popular Newgrounds creators to publish their animations. It wasn’t the corporate beast that it is today, filled with full-time creators, sponcon, and the late-night television clips that plague the Trending tab.

It was this YouTube that I grew up with. I spent countless hours sitting in front of my family’s boxy Dell desktop in our “office,” which was really just a room with my grandpa’s old rocking chair, framed quilts, and a faux-wood desk that could fit a computer. But it was at that computer where I would celebrate reaching the level necessary on World of Warcraft to purchase a crummy mount for the first time with my guildies over Ventrilo. It’s where my friends and I would circle up to watch Weebl’s Stuff and Salad Fingers, and it was also where I would binge Marble Hornets, unsure if it was a work of fiction or a real lost-footage investigation playing out in real time on YouTube.

In high school, I would find myself sitting in this dark office, chatting with friends over ooVoo and watching the series together. By then, it had trickled out of the Something Awful forums and onto other platforms like Reddit and Tumblr, which is likely where my friends and I were able to find it. Marble Hornets was detached from the original forum source and left me, a naive and easily persuadable 15-year-old girl, terrified that Slenderman might be real. I was so naive and persuadable, in fact, that one night while chatting, my older friends were able to convince me to toss salt over my shoulders and spin around a few times to ensure the lanky, faceless freak wouldn’t kill me in my sleep.

It was the mystery and ambiguity of Marble Hornets that drew me in at a time when the internet and YouTube weren’t overrun by brands and 4K, forty-minute vlogs. Myspace and Facebook had been around for some time, but my platforms of choice, Tumblr and Reddit, were less popular and baby websites in comparison. The space felt personal, and algorithms had yet to determine all of the content I consumed. Marble Hornets traveled to me, and likely many others, by word of mouth and niche online communities where people would discuss the series like they were investigating it alongside Jay.

“The rise of social media made it easier to share,” Sutton said. “There were still a couple of forums, which I guess are sort of old-fashioned now at this point. Having those tools to share those things hadn’t been around all that long.”

Marble Hornets felt like the Evil Dead cult, horror classic of the internet to me. But instead of picking up a VHS tape at a dinky video store, I discovered it through threads and posts from other die-hard fans.

Wagner told The Verge he was grateful for the fans who have been around all ten years, but also said new, younger kids are still finding it today. “There’s new people coming into it always it seems,” Wagner said. “Something like TV might have a problem with this because shows go off TV when they end. Whereas this is always on YouTube.”

The series transcends generations; many Gen Z kids are friending and following the Marble Hornets creators today. “The fan base has been getting gradually younger,” Sutton said. “I get a lot of messages from kids that are like 14 and under. I got a comment on one of my Instagram posts the other day that said they were 11, and I was like, ‘Are you kidding me?’”

When I asked Sutton why he thought kids continue to follow and even cosplay as his character on contemporary apps like TikTok to this day, he offered an explanation that spoke to my past experience. On the internet, Marble Hornets appears to be a universal, hidden treasure.

“It feels kind of like you’re investigating something. You still feel like you’re in on the mystery a little bit,” Sutton said. “Especially because it never got like a huge, huge, huge following.”

He continued, “It feels like people are stumbling on something kind of secret. Especially if you’re younger, because it’s scary. It is sort of PG-13, but I would still imagine if you’re like 12 or 13, it would be something you’d hide from your parents. I think that’s part of the draw.”

Kine turns the drama of aspiring musicians into a puzzle game

AWS Certified Cloud Practitioner Bundle Is Up For A Limited Time Discount Offer For...