In 1975, the United States passed the Metric Conversion Act. The legislation was meant to slowly transition its units of measurement from feet and pounds to meters and kilograms, bringing the US up to speed with the rest of the world. There was only one issue: the law was completely voluntary. Of course, that meant it pretty much never took off. 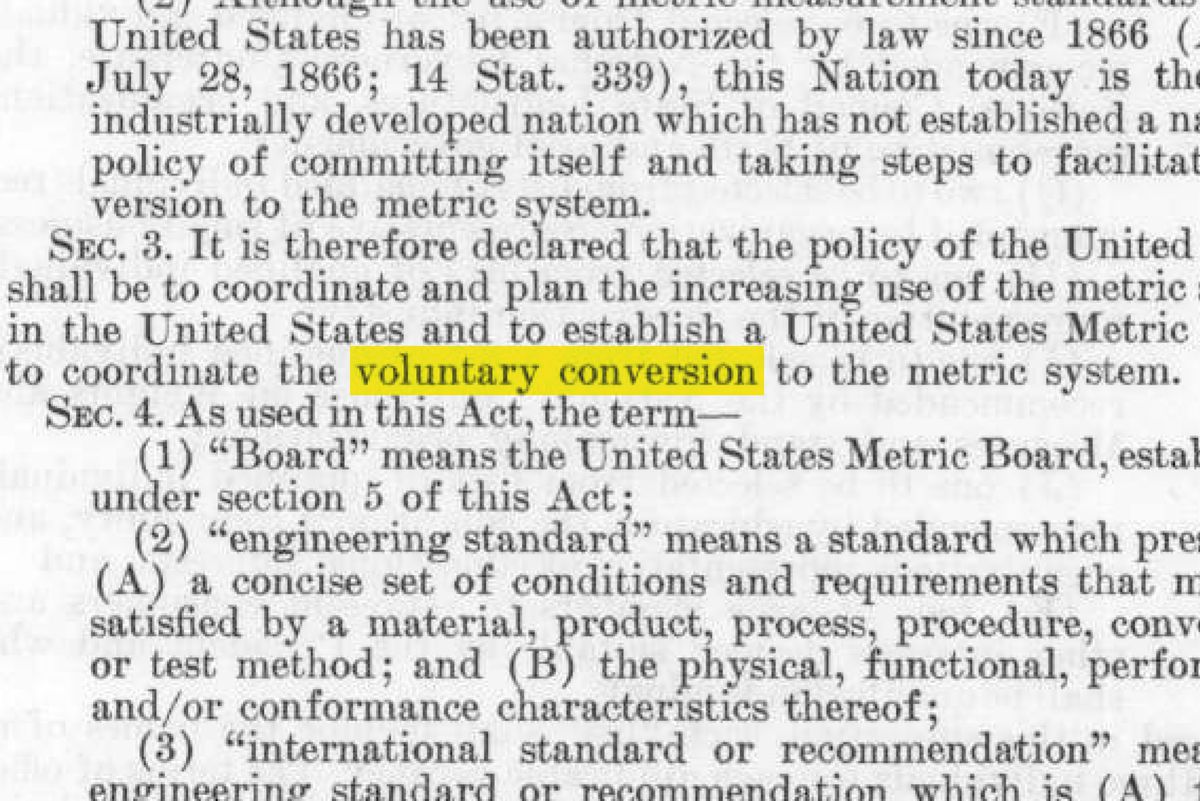 The pesky little clause that derailed metrication in the United States.

Over 40 years later, the US lives in a metric gray area. Sure, it has a few laws requiring that consumer goods list both metric and US customary measures, but it still remains isolated in its US customary measures bubble. So what would it take for that bubble to burst?

In the latest Verge Science video, we take a look at three lesser-known reasons behind the US’s reluctance to adopt the metric system. Apart from the obvious (it just can’t be bothered), there’s a small glimmer of hope for internationalists everywhere.

Cisco’s Take on Making the World a Better Place