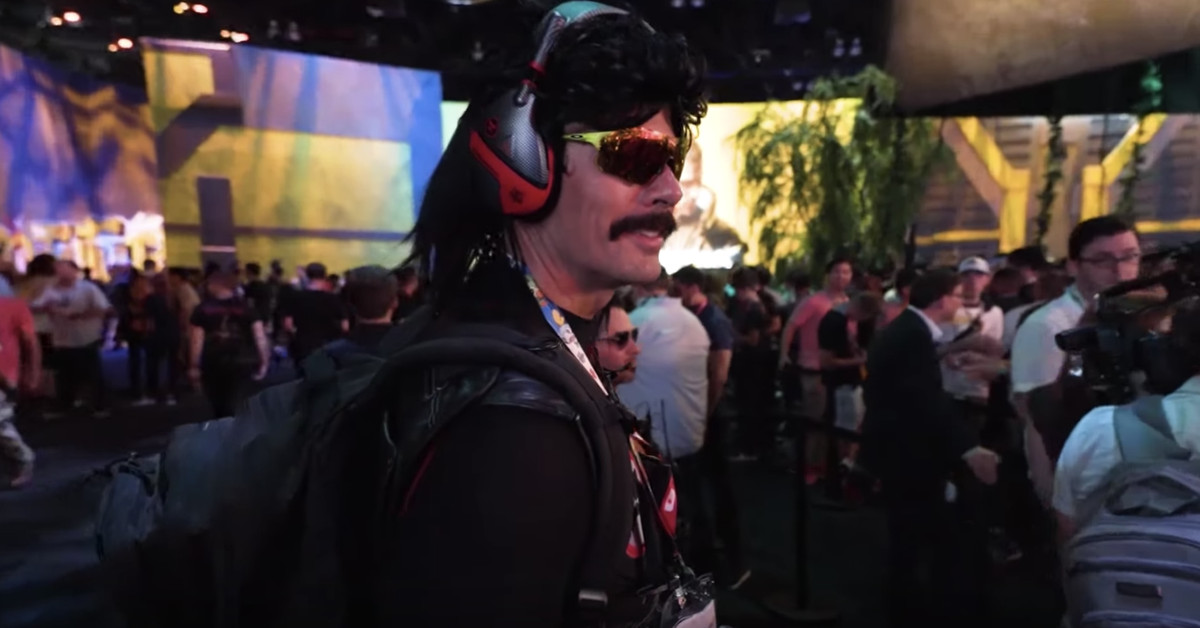 There was no question that Dr Disrespect’s ban from Twitch would be temporary when he was suspended from the platform two weeks ago. But as the popular streamer, whose real name is Guy Beahm, prepares to make his return, the community is grappling to understand the precedent it sets going forward.

Beahm was suspended for streaming in a public bathroom at a major video game convention, E3. It presented a pivotal moderation moment for Twitch: Beahm is one of the company’s most popular streamers, and whatever actions Twitch’s team took would send a message to the rest of the community.

The length of suspensions on Twitch are already controversial. Streamers have complained that Twitch isn’t transparent with why certain personalities may receive a specific suspension length, while another person who does something similar may see a different punishment altogether. Alexandra Orlando, a streamer who’s seen Twitch change over the last four years, told The Verge that although the culture has matured, Beahm’s quickly resolved suspension is a major step backward.

“It makes the rules of Twitch very unclear when some offenses are taken more seriously than others,” Orlando said.

Growing frustration with Twitch’s moderation contributed to the debate over whether Beahm, who was accused of filming in bathrooms where children were present, should have received a much longer punishment.

Because of his popularity, Beahm is one of the few people who could get away with such bad behavior, said Gary Whitta, a writer on Rogue One: A Star Wars Story and a longtime Twitch streamer, in conversation with “Kinda Funny” YouTube host Greg Miller. Beahm has more than 3.2 million followers and approximately 20,000 paid subscribers, according to Social Blade.

The bigger issue, though, isn’t Beahm, but what other streamers take away from what happened to him. Twitch’s decision to lift the suspension after two weeks — something Whitta referred to as barely a slap on the wrist — means it’s “easier for the next douchebag to come along and do the same thing.”

While both Whitta and Orlando are disappointed by Twitch’s decision to let Beahm return to Twitch just 14 days after he was banned, they aren’t surprised. Orlando assumed Beahm would be back far sooner. She argued that it’s “something so easy for them to sweep under the rug,” and wondered if his punishment would have changed if he faced legal issues from the incident.

“He comes back more controversial and more subversive than ever before.”

But that didn’t happen. Instead, Beahm’s channel came back online in the early hours of Wednesday morning, and people clamored to welcome him back. His follower count jumped by more than 220,000 people, according to analytics site Social Blade. Donations started pouring in. People started subscribing. Beahm doesn’t plan to return to Twitch until July 8th, but even just having his channel back is enough to rally up the Twitch community and his fans.

The same thing happened last time Beahm took a break from Twitch after dealing with a major controversy, when he took time away to focus on his marriage after a public affair. His return broke records and cemented his status as a true Twitch icon. It’s established a financial incentive for Beahm to be controversial. The issue is that “this is something afforded only to popular male streamers,” according to Orlando.

“He will now make so much off his triumphant return to Twitch,” Whitta said. “He comes back more controversial and more subversive than ever before. It feeds into the whole, ‘I’m the bad boy of Twitch’ persona.”

“If you fuck around on our platform, and do really egregious shit like live stream children in bathrooms, we are going to fucking destroy you.”

Even non-streamers, but active members of the Twitch community, shared some of those feelings. One person on the popular Twitch subreddit, LivestreamFail, noted “it’s clear that the top trending ‘creators’ have the suits behind these sites bent over a barrel,” adding that Twitch’s team couldn’t “even stick to their guns for a month.”

Some popular streamers disagreed, though, and seemed to believe that the ban went on for long enough. Michael “Shroud” Grzesiek and Turner “Tfue” Tenney sent out positive messages about Beahm, even while noting that what he did clearly violated the company’s terms of service and his suspension was justified. Grzesiek reacted to a compilation video Beahm produced of his time at E3, commenting that he missed Beahm and wanted him to come back. Fans on Reddit also argued that considering how important Beahm is to the platform, he should get preferential treatment.

What makes Beahm’s case so interesting is that even his toughest critics are fans of his streaming. Whitta, who spoke at length with Miller about why Beahm should have received a far lengthier ban, also spoke about how much he adored Dr Disrespect as a Twitch icon. That’s also why it was crucial for Twitch to make a better example out of Beahm’s behavior. Orlando agreed, telling The Verge that letting him off the hook “fuels streamers to do more shocking things in hopes to get the same kind of media attention.” Neither Orlando nor Whitta wanted Twitch to ban Beahm forever, but they wanted the company to treat this case with the severity it deserved. How the community behaves going forward depends on it.

“One of the reasons we have justice in this country is a deterrent to others,” Whitta said. “You have to make an example and say, ‘This guy fucked up. It doesn’t matter that he’s a big guy, it doesn’t matter that he makes us a lot of money. If you fuck around on our platform, and do really egregious shit like live stream children in bathrooms, we are going to fucking destroy you.”’

Twitter’s new ad campaign desperately wants to remind you that Twitter used to be...