Cassette tapes are having a minor comeback: sales were (somehow) up almost 19 percent year over year in 2018, and where there’s a market, there’s a Kickstarter project looking to cash in. Case in point: the Ninm It’s OK. It’s sort of what a portable cassette player like an original Walkman would be if Sony continued to develop tape-based tech in 2019.

So while the It’s OK does the usual tape things, like playing cassettes or letting you record to tapes, it also bills itself as the world’s first Bluetooth 5.0 portable cassette player (a claim of such niche specificity that it seems to be true). It allows you to listen to your favorite jams with wireless headphones or even link it to a Bluetooth speaker, should you wish.

The merging of Bluetooth and audio technology from 40 years ago may seem incongruous, but it’s not the worst idea ever: assuming you’re still the sort of person who’d want to carry around a retro-style cassette player, having to stoop to using a second ancient tech standard — the 3.5mm headphone jack — at the same time might be asking too much. (The It’s OK does have a headphone jack, too, though.) It even runs on AA batteries, just like the old Walkmans did.

While the nature of being on Kickstarter means that there are certain risks with backing, Ninm has successfully run a retro tech crowdfunding campaign before, so it has some experience here. Still, use your best judgment before you back. 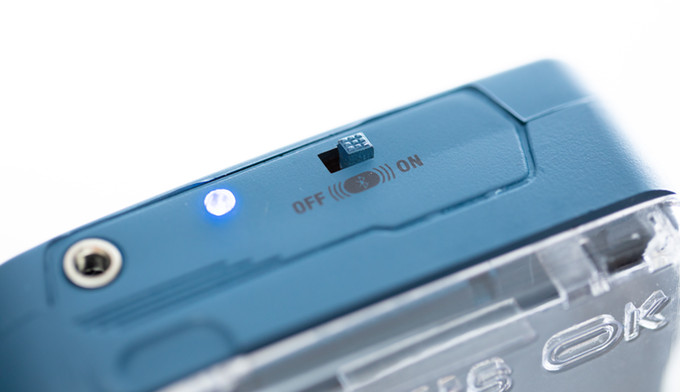 Ninm is selling the It’s OK for an early Kickstarter price of $75, in either pink, white, or navy blue colors (the last of which feels specifically designed to evoke the original Sony Walkman TPS-L2). Delivery is estimated for December. The company will also include a blank tape with each It’s OK, operating under the likely correct assumption that most people don’t have tapes lying around in 2019.

Beyond a Steel Sky Apple Arcade Review – Beyond Other Adventure Games?

Hulu will stream IMAX’s gorgeous documentaries, but not in 4K

Roguebook Reveal – A Roguelike Deckbuilder with a Miyazaki and Magic: The Gathering Inspiration

In a rare move, a Netflix original will stream on free...