After 25 months of development, the makers of the granddaddy of the Linux OSes released an upgrade that updates many of the software packages and plays general catch-up with modern Linux trends.

However, Debian Linux 10 Buster, released July 9, is a boring upgrade. It does little to draw attention to its merits.

For serious Linux users, though, boring can be endearing. It reinforces Debian’s reliability and ultimate stability. Debian by design is more conservative in upgrading application packages and venturing into new technologies.

Debian 10 Buster does the basics on a traditional Xfce desktop layout.

Debian is the foundation of dozens of offshoot Linux distros, but it lags behind other distros in pushing cutting-edge features.

For instance, Buster ships with Linux kernel 4.19, released last October. The latest version of the Linux kernel is version 5.1, which other Linux distros will include long before Debian 11 arrives.

Debian Linux is the base for Ubuntu, Linux Mint and countless other distros. It has been around since 1993. It is one of the first operating systems to use a Linux kernel.

I last reviewed a Debian Linux release.in June 2013 when Debian 7 Wheezy arrived. My first disappointment was that it did not have enough hardware support to recognize the Broadcom wireless in my not-so-old laptop.

That was a sore spot then and nixed any personal consideration for using it as my daily driver. That release was three years in the making.

I have not looked at a major Debian upgrade since then. Guess what?

I still have that now-aging laptop on my test bench. It was a high-end model when new. Even today it out-powers many of the economy models on store shelves.

Debian 10 still does not work with the Broadcom wireless. A number of my other test rigs, several of them much newer, also present the same dilemma.

Good With the Bad

Debian Buster has much going for it, nonetheless. Despite the conservative nature of the Debian community, the latest release has numerous positives.

A big trend in Linux land is developers dropping support for some older hardware technologies. Debian 10 continues to support a wide variety of chip architectures, including 32-bit and 64-bit x86, ARM and MIPS processors.

Also on the support list are arm64 for the 64-bit AArch64 architecture. For MIPS there’s support for mips and mipsel architectures for 32-bit hardware, and mips64el architecture for 64-bit little-endian hardware.

Buster also supports devices with Allwinner processors. That hardware includes Olimex and Pine64 single-board computers and laptops from FriendlyARM, which makes the NanoPi line of devices.

Debian Linux is not known for pushing the latest versions of popular applications into its repositories. Buster tries to improve that score with some essential titles.

The developers claim that more than 62 percent of all software packages in Buster are updated from the previous release. However, that does not mean the upgrades are the newest versions. Some are just newer.

More than 59,000 other ready-to-use software packages are available from the Debian repository, which are built from nearly 29,000 source packages, according to the developers.

Compared to other Linux family software stores, Debian Linux tends to be smaller and less up-to-date. That is not necessarily a bad thing, especially if you crave safety and stability from well-worn, proven code.

To that end, Debian Linux releases fall into three categories: a stable version, an unstable version and a testing version.

Reliability from stability is a starting point for choosing Buster. A second reason is better security, partly from being a few steps away from cutting-edge.

Debian 10 has a special focus on security. AppArmor, a mandatory access control framework for restricting programs’ capabilities, is installed and enabled by default. The UEFI (Unified Extensible Firmware Interface) support continues to be greatly improved in Debian 10 Buster as well.

Another reason for using Debian 10 is the added convenience from driverless printing. Common UNIX Printing System (CUPS) and cups-filters packages are installed by default in Debian 10 Buster. This gives you everything needed to take advantage of driverless printing. Network print queues and IPP printers automatically set up and manage the process. You can forget about the hassle of using non-free vendor printing drivers and plugins.

Buster 10 defaults to the Wayland display server instead of Xorg. Wayland, with its simpler and more modern design, has security advantages. Yet the Xorg display server remains installed by default. The default display manager lets you choose Xorg as the display server for the next session. 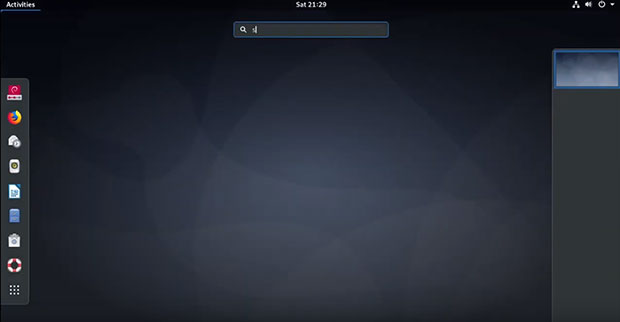 LXQt is perhaps the newest “old school Linux desktop” in the mix. Cinnamon, developed by Linux Mint devs, is the newest well-established desktop option. Still, its version number is what you would expect from Debian: several release versions behind.

The other available desktop options are in line with the Debian philosophy of putting reliability and nothing cutting-edge into the OS. That approach is likely to appeal to veteran Linux users, but it also gives Linux newbies the assurance of dependability and ease-of-use processes.

If you are a regular Linux Picks and Pans reader, you no doubt know that I have a preference for the Cinnamon desktop. Its plethora of features and productivity tools are concentrated on the panel.

That affinity used to extend to the Linux Mint distro that developed the Cinnamon desktop as well. Linux Mint is based on Ubuntu, which is based on Debian Linux.

My growing dissatisfaction with Linux Mint performance prompted my quest for other distros that offer the Cinnamon desktop. My test list includes even the Linux Mint Debian Edition (LMDE).

So it made sense to see how well the Debian Buster Cinnamon edition performs. Space does not permit a rundown on all seven desktop options. Rather, the scope of this Debian 10 buster review is to highlight how this latest Debian release fits into the overall Linux landscape as one of the oldest distros.

That said, Debian Buster in concert with the Cinnamon desktop showed solid worth as a longtime Linux performer. Of course, that assessment is tempered by the drawbacks detailed above. 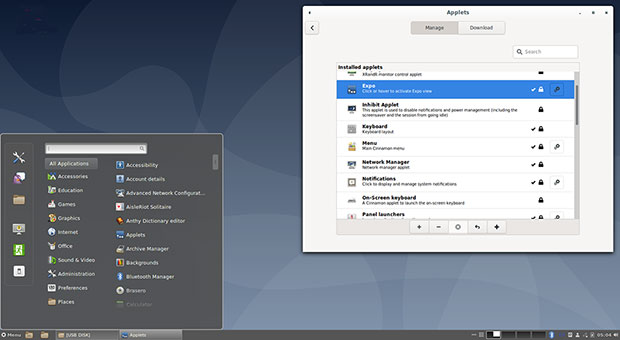 The latest Debian release includes an unadulterated integration of the Cinnamon 3.8 desktop.

The balancing act between software upgrades and maintaining stability, plus the wireless connectivity fail, hold this Debian upgrade back from qualifying as a must-have computing platform for all users.

If you are relatively new to using Linux, Debian’s design decisions will not pose obstacles to using it. If you insist on speedier application updates, you might spend excessive time grabbing newer versions from .deb repositories that are outside Buster’s reach.

You will have plenty of time to resolve those issues. The developers have a long slog to the release of Debian 11, aka “Bullseye.”

I can only hope that the next Debian upgrade comes a lot closer to hitting an improved bull’s-eye that is less boring.

Get Serious About Cybersecurity: Take Ownership of Your Personal Data

AT&T is about to get away with its bogus $1.99 ‘administrative fee’

Is Icahn Attempting a Hostile Takeover of HP? Figuring Out the...