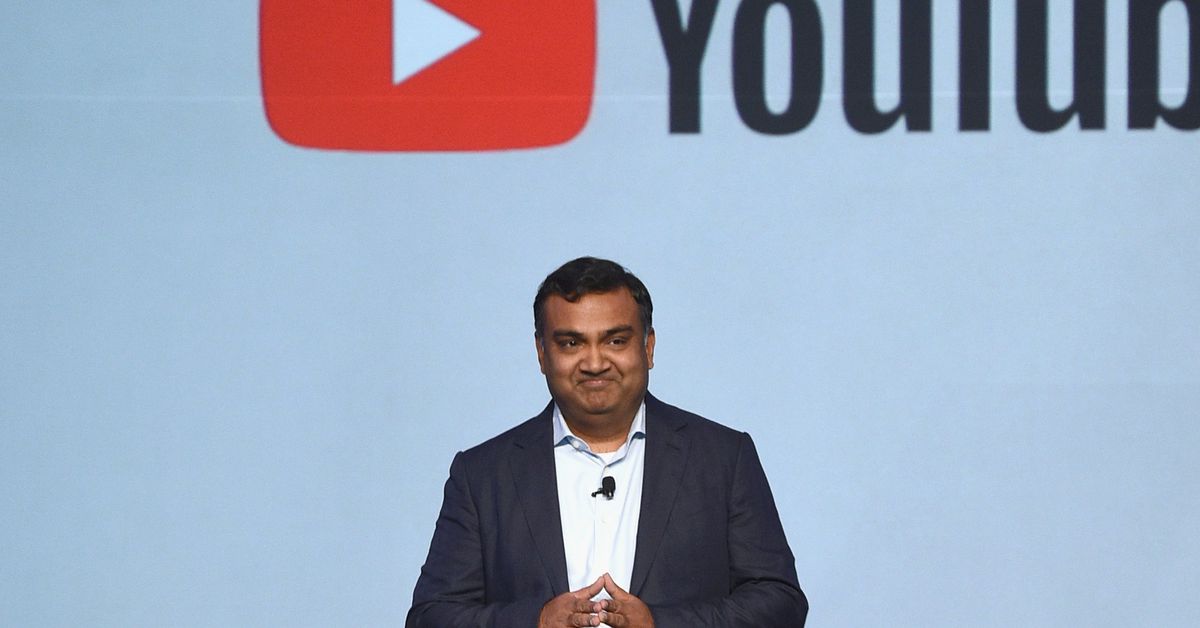 YouTube’s latest effort to offer more ways for creators to make money is a positive sign that the company has been listening to users’ concerns, but it doesn’t resolve the bigger problems that have been hurting creators’ ability to make money on the platform in the first place.

New monetization features, including expansive merchandise opportunities, paid stickers for live stream chats, and various channel membership tiers were all announced by YouTube chief product officer Neal Mohan yesterday at VidCon. “These new products are not some small little experiments,” Mohan told The Verge, adding that existing paid features are now bringing in revenue for “thousands and thousands” of channels.

But there was no mention of the problems that have kept creators from succeeding with YouTube’s traditional advertising model in recent months, like uncertainty around revenue and power struggles with record labels.

“Patreon makes up the biggest slice of our pie,” essayist Lindsay Ellis told The Verge, noting that she and her team are currently “at war” with label Universal Music Group (UMG). “Patreon usually makes up about 50 to 60 percent of our revenue every month, and advertising makes up about 30 percent.”

“That’s fundamentally unfair, and most people aren’t aware of this.”

Creators have realized they can’t rely on YouTube’s advertising model to sustain their careers. Those ads can vanish for any number of reasons: their video could be shut down by a questionable copyright claim, they could be punished for violating YouTube’s often selectively enforced rules, or another creator could do something outlandishly bad, leading advertisers to pull money from the platform and hurting the entire community. Being able to earn money directly from fans allows creators to supplement their income from ads and also insulate themselves from the uncertainty that comes from relying on a single, unpredictable revenue stream. It isn’t a solution to the actual problems around advertising, though.

YouTube did address one long-standing problem creators face this week by updating its copyright claim policies and making them a little easier to deal with. Owners of copyrighted content will now have to define the exact location in a video where their material appears, clarifying the complaint and giving people the ability to edit out said material. But even with new initiatives to give YouTubers more power, anxiety among the community hasn’t disappeared.

The dominating relationship record labels and TV networks have with YouTube has been concerning to individual creators. Record labels and studios pull in the majority of revenue from YouTube Premium subscriptions (which offer ad-free viewing and music streaming), says Anthony D’Angelo, a YouTube creator and former director of the Internet Creators Guild. Record labels take 70 percent of every dollar spent by Premium subscribers, D’Angelo said. The other 30 percent is split between YouTube and creators. (The Verge reached out to YouTube for confirmation, but didn’t hear back by time of publication.)

“The fact that YouTube Red, or now YouTube Premium, were bound up with the streaming service but then pitched to creators as this very ‘pro-creator’ service is a big problem,” D’Angelo said. “We know for certain that YouTube Premium views do bring in more revenue than a typical view, but the lion’s share of that revenue goes to the music industry. That’s fundamentally unfair, and most people aren’t aware of this.”

A lack of transparency around advertising revenue has also distressed the community. YouTube commentators — those who other people in the YouTube community look to for insight into the industry — like h3h3Productions’s Ethan Klein, Nerd City, and even Felix “PewDiePie” Kjellberg, have spoken about this being one of the worst times on YouTube for those who are trying to make money from advertising. It’s more unpredictable than ever when it comes to guessing what labels will claim. Jimmy “MrBeast” Donaldson tweeted about losing more than “five figures” on a video because of a claim that he didn’t understand, and Klein led a campaign against YouTube to boycott UMG — a frequent target of creators’ ire over copyright claims — after YouTube announced a new deal with the record label.

Ad revenue remains the key way for creators to make money on YouTube, but many creators, including Ellis and performer Natalie Wynn, see access to other forms of revenue as a necessity.

Both Ellis and Wynn have popular Patreon accounts, and both told The Verge that knowing they have consistent revenue coming in from subscribers allows them to create content on YouTube without feeling like they have to worry as much about losing ads. Ellis has learned to deal with copyright issues by keeping clips to under three seconds, hoping they will be seen as fair use, but it doesn’t always work.

“We have entered a great time for digital creators to start behaving like brands.”

“It depends on who, but UMG is the worst,” Ellis said. “I have come to respect Fair Use less and less because it doesn’t matter. YouTube doesn’t care.”

Merchandise is becoming increasingly necessary, too, according to Teespring CEO Chris Lamontagne. Teespring was the first company to partner with YouTube for the platform’s “merch shelf” in 2018, and it’s now expanding to Instagram and Twitch. Advertising revenue isn’t reliable enough, so creators need to build a brand that extends beyond YouTube, he said.

“I believe we have to keep evolving to create better experiences for consumers to buy the merch they love,” Lamontagne said. “We have entered a great time for digital creators to start behaving like brands.”

Much like other industries, creators are starting to build subscription models that pay each month to guarantee revenue. Whether that’s a new T-shirt drop or a membership tier, creators know that the uncertainty around ad revenue means they have to profit elsewhere. Companies like Teespring and Fanjoy have helped personalities get something that YouTube has seemingly made more difficult — paid. But even as YouTube makes more of those features native to its platform, creators still want the basics solved first.

9 new trailers to watch this week

The best Black Friday deals you can get right now