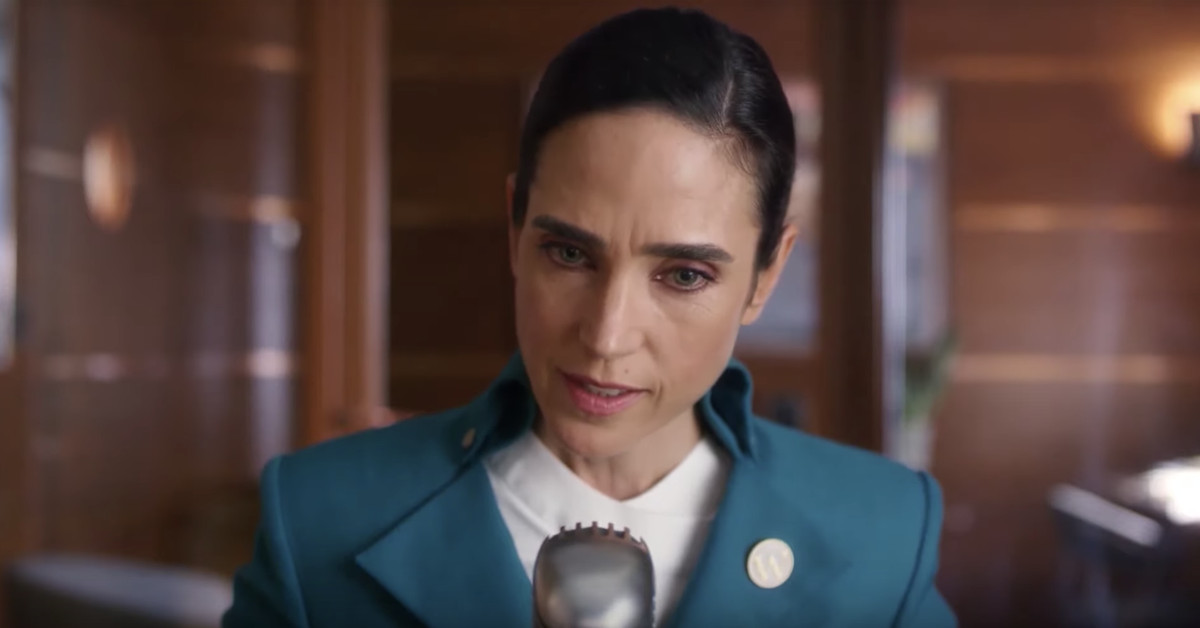 It’s clear from the first trailer for Snowpiercer that TNT wants more people to pay witness to the world Korean director Bong Joon-Ho’s created with his acclaimed 2014 film of the same name.

Based on a French graphic novel, Joon-ho’s original film is set in a post-apocalyptic future in which an attempt at changing the Earth’s climate went disastrously wrong, leaving the planet covered in a global ice age, and with the last remnants of humanity living on a massive train. TNT’s Snowpiercer will pick up seven years after the events of the original film. Not much has changed. The titular train driving the remaining members of Earth in a post-apocalyptic world is still operating under some warped socio-economic structures. Ed Harris’ de facto conductor from the original film has been replaced by Jennifer Connelly, who spends her time ensuring that everything aboard Snowpiercer is going to plan. There will be no uprisings from the lower class on her watch — well, at least not right away.

Graeme Manson (Orphan Black) is overseeing the series, which stars. Daveed Diggs (Hamilton), Alison Wright (The Americans), and Lena Hall (Hedwig and the Angry Inch). The series has had some bumps along the way during its production: TNT brought on Doctor Strange director Scott Derrickson, with a script written by showrunner Josh Friedman (Terminator: Sarah Connor Chronicles and Apple’s Foundation). However, Friedman left the project over “creative differences”, and Derrickson refused to conduct reshoots, saying that the original script was “the best I’d ever read,” that his work on the pilot “may be my best work,” and that the new showrunner (Graeme Mason) had a “radically different vision for the show.”

Although Ho’s 2014 Snowpiercer found an audience thanks to Netflix, TNT’s version will hopefully find their fans through traditional broadcast television and potentially WarnerMedia’s upcoming HBO Max streaming service. TNT’s Snowpiercer has the full backing of WarnerMedia, who announced at its upfront that a second season had already been ordered ahead of the first premiering. Hopefully, the series will resolve some of the problems that came with the film by fleshing out the world a bit more.

Snowpiercer’s first season will debut in spring 2020 on TNT.

Control is free for one day on the Epic Games Store

The Monopoly Longest Game Ever edition proves that Hasbro is just...