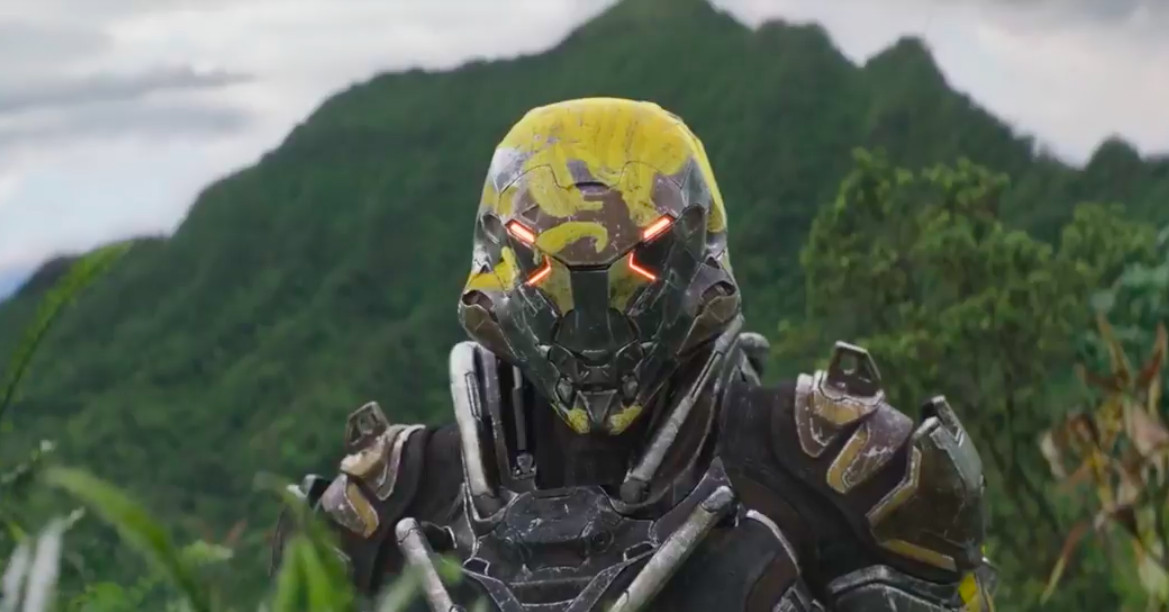 In February, Neill Blomkamp’s Oats Studios released a short, live-action teaser film for BioWare’s open-world shooter, Anthem. That film tells a short story that highlights some of the world’s larger story elements, and features some great, live-action visuals that brought it to life. Now, Oats has released a lengthy behind-the-scenes documentary that showed off how it created the short film.

The 28 minute documentary shows off the incredible effort that went into producing that 3:45 short film: it involved elaborate sets, shoots in Spain and in Hawaii’s rainforests, suits of armor, and plenty of CGI and stunt-work.

In the documentary, Blomkamp also explains why he was attracted to the project: “it’s extremely interesting to me thematically, tonally, visually… Hopefully what we end up with is a live action glimpse into the relatively large world of Anthem, and it’s presented in a hyper-realistic, captivating way.”

Blomkamp, who directed District 9, Elysium, and Chappie (and is slated to direct a sequel to RoboCop), set up the experimental studio in 2017. He described it as a way to experiment with some of the ideas that he’s had, to see which ones would resonate with viewers, with the goal of turning one or more of them into a bigger film down the road. Over the course of the summer, Blomkamp released a handful of longer films — Rakka, Firebase, and Zygote — as well as shorter ones, and formed partnerships with Unity and BioWare to produce some other short projects.

Anthem: Conviction lines up nicely with Oats’ prior works. Rather than a straight-forward, 3-4 minute story, Blomkamp plays out a much larger story, relying on flashbacks and quick scenes to sketch out a much larger story. With his original IP, he could scale the stories up into a much larger project if they found the right audience, and this short film feels as though it could be a trailer for a feature film based on the franchise.

One of the ideas that didn’t make it into the film were actually filming stunt actors flying in wing suits, using drones to film them mid-flight. They didn’t actually end up doing that, opting instead to use a wind tunnel instead.

Ultimately, the doc is a neat look into what went into the story. Maybe someday, we’ll get a longer, live-action project to watch.

A Short Hike is one part Animal Crossing and one part...