If you’re a fan of film history, the benchmark for behind-the-scene film books has been the work of J.W. Rinzler and his series of massive “The Making Of” tomes. Over the last decade, he’s written definitive histories behind the productions for the original Star Wars trilogy, the Indiana Jones series and Planet of the Apes. His latest, The Making of Alien, is now out in stores, and is a comprehensive look at how Ridley Scott created the science fiction horror classic.

The Making of Alien is an exhaustive overview of the production of the film, featuring pages of concept art, behind-the-scenes photographs, script excerpts, and a detailed narrative that explores how the film’s writers, artists, filmmakers, and director created the classic science fiction horror film. It’s an exhaustive volume, one that works on two levels. It’s a book that you can page through, just soaking in the extraordinary illustrations and concept art from Ron Cobb, Chris Foss, H.R. Giger, and Scott himself. It’s also a book that provides some phenomenal detail into the story of the film’s production, and how it fit into the larger picture of cinema. 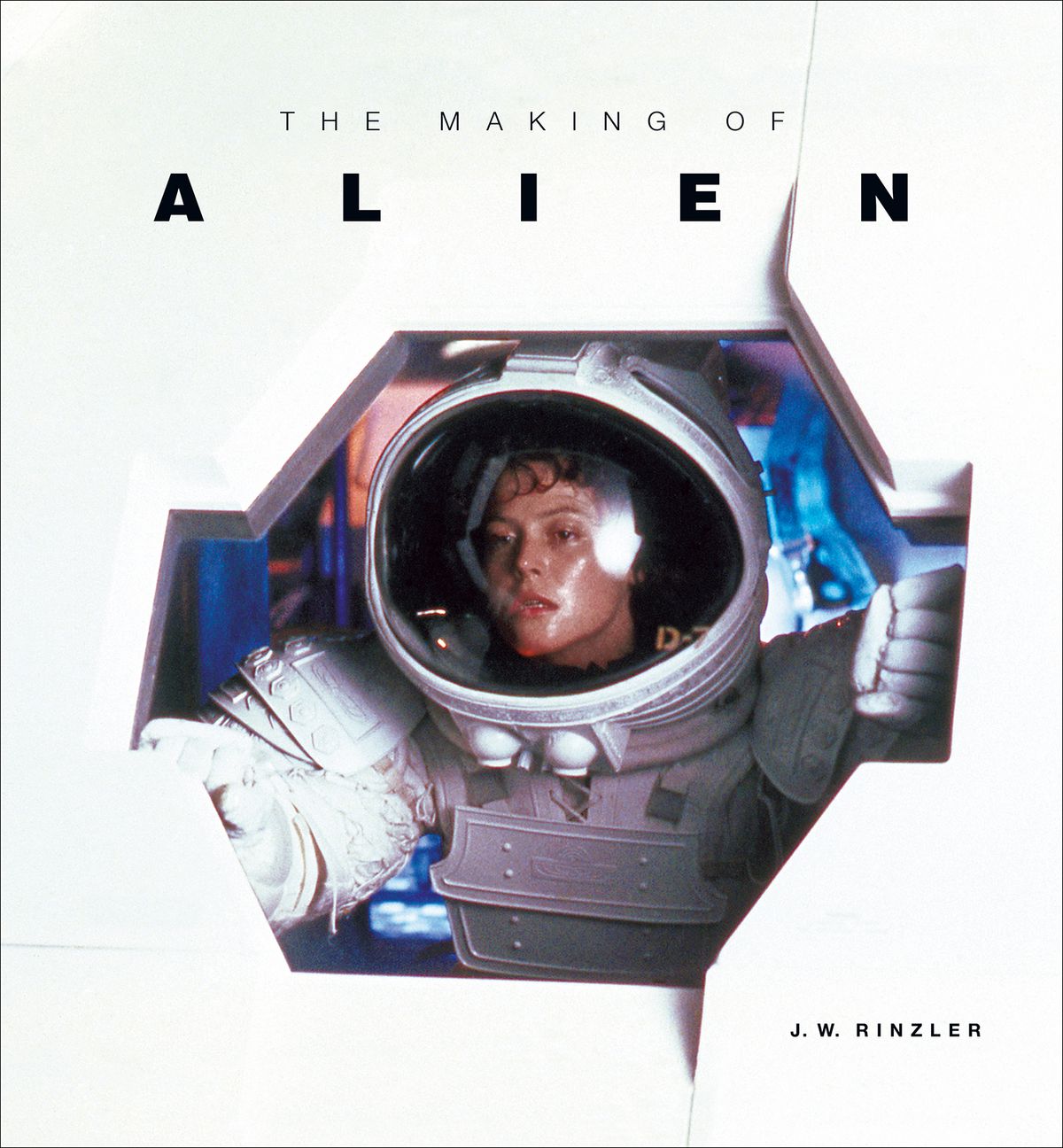 Speaking to The Verge, Rinzler explained that he loved behind-the-scenes books since he was a kid. “I saw Jaws when it came out and it blew my mind.” The experience prompted got him interested in how films were made, and it prompted him to pick up The Jaws Log, a classic behind-the-scenes look at that film’s production, and later, one by Industrial Light and Magic’s Tom Smith, Industrial Light & Magic: The Art of Special Effects.

Rinzler eventually ended up working at Lucasfilm as a nonfiction editor, midway through production on Episode II: Attack of the Clones. He had been brought on to work on a series of books for the company, namely, his own behind-the-scenes book. There, he met with producer Rick McCallum to discuss what such a book might look like for Star Wars. “Instead of just talking about the visual effects, which is kind of what every making-of book was like back then,” Rinzler recounted, and McCallum had been wanting something a bit more comprehensive: “why don’t we do something more holistic, about the whole production, from A to Z?”

McCallum liked the idea, and in the next week, Rinzler began sitting in meetings to take notes, ultimately writing The Art of Star Wars Episode III: Revenge of the Sith and The Making of Star Wars Revenge of the Sith. The project would still include details about the special effects that went into the film, but it would also delve into the casting, editing, and writing that were part of bringing the film to theaters. Photo by Andrew Liptak / The Verge

In the time that he worked on the Revenge of the Sith books, Rinzler explained that he got to know George Lucas well, and pitched him on the idea of doing an archival book that covered the production of the original Star Wars film, A New Hope. Lucas liked the idea, and greenlit the book. “As I got into it, one thing led to another. Somebody said ‘you should check out these interviews’ and it turned out to be an archive of great interviews for the first one. Then Don Bees saved the original cassettes for Empire Strikes Back, which were literally in the trash can when she pulled them out.”

The resulting tome became the defining look of Rinzler’s Making Of projects: The Making of Star Wars is a fat slab of a coffee table book, where concept art, scans of scripts, and behind-the-scenes photography accompanied a narrative history of the film’s production.

After releasing his three books about Star Wars, Rinzler stayed in touch with the people at 20th Century Fox and Lucasfilm, which ended up commissioned additional, similar behind-the-scenes books. He released The Complete Making of Indiana Jones: The Definitive Story Behind All Four Films in 2008, and a decade later, The Making of Planet of the Apes. His latest, The Making of Alien, recently hit stores.

‘It’s a voyage of discovery’

“I’m not a trivia person — but I love cinema,” Rinzler says. Once he starts work, he described it as a “it’s a voyage of discovery. I let the facts present themselves, and when you see what people have said, you can really piece together the story in a way that haven’t been pieced together before.”

That deep digging includes looking at contemporary articles about films while they’re in production, and visits to studio archives. For his book on Alien, Rinzler noted that he was aided by Fox’s extensive archives, and that Ridley Scott provided a “complete set of storyboards” to work with.

Rinzler noted that each film that he’s worked on documenting is “similar and different.” I think it’s incredible how Dan O’Bannon and Ron Shusett came together in more or less dire circumstances and managed to put this thing together,” he explained. “It went through so many ups and downs, and was pretty much dead. Then Ridley Scott came along and completely galvanized it.” His biggest takeaway from researching the entire project was at how Scott brought his visual and storytelling instincts to the project and was able to fully realize it.

As for what comes next, Rinzler isn’t sure. He noted that he’d love to work on a followup that documents Aliens, although there aren’t plans for that at the moment. His next book will hit stores later this October: a massive, two-volume overview of the career of special makeup effects artist Rick Baker, Metamorphosis.

Cybersecurity and Your New Remote Workforce

Hob, The Gorgeous Game from Runic Games, Is Free to Grab on the Epic Games Store

The OnePlus 9 will use Oppo’s ColorOS in China