Fresh off the heels of its first serious attempt at electric vehicles, Audi has announced the E-tron scooter, a concept electric scooter that you ride like a skateboard. The four-wheeled rideable can hit a maximum speed of 12.5 mph, weighs 26 pounds (12 kg), and has a range of around 12.5 miles (20 km). Audi plans to release the scooter in late 2020 for around €2,000 (approximately $2,240).

Combining elements of an e-scooter and a skateboard results in a pretty unique-looking riding experience. Rather than standing with your torso facing forward like you would with a regular scooter, you instead stand with your torso to the side, and you only hold onto the front handlebar with a single hand. Twisting this handlebar controls acceleration and braking, leaving your other hand free to give turning signals, if you’re so inclined. Audi says the riding experience feels like surfing a wave, but we think that if you’re not careful you could end up looking like you’ve attached a Zimmer frame to the front of a Boosted Board. 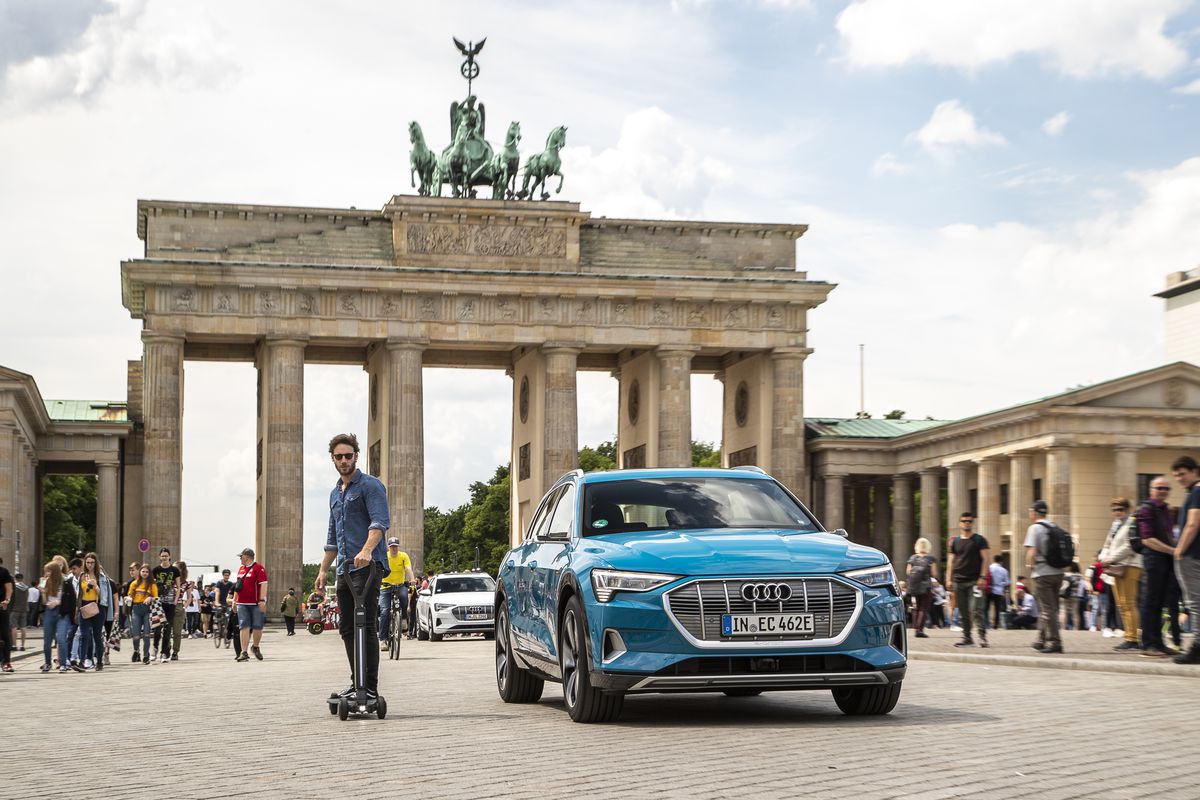 Audi says that you could charge the E-tron scooter in the trunk of your E-tron car. Image: Audi

The scooter’s battery is built into its handle, where there’s also a small display that shows you its remaining charge level. There are also front and rear lights on the scooter (including brake lights and a daytime running light), and Audi is promising Bluetooth connectivity that will let you customize the scooter and will offer theft protection.

Audi is just the latest automaker to get into the micromobility market. VW has an electric scooter of its own, General Motors is making e-bikes, and Ford just acquired its own dockless scooter company.

Snark aside, Audi’s announcement suggests that it wants its e-scooter to complement its lineup of E-tron cars. The company says it might offer the scooter as an optional accessory for E-tron buyers who could then charge the scooter in their car trunks and use it to scoot the final leg of their journey. But with a price that’s higher than Boosted’s premium Rev scooter, and a top speed that’s less than Bird’s frustratingly slow rental scooter, Audi might need to do a little more to get its debut electric scooter off the ground.

Facebook pushes back against Biden remarks on COVID-19 misinformation