Claire is on a camping trip with her Aunt May, but she’s also waiting for an important call. Unfortunately, the only reception in the park is at the top of the island’s giant mountain. Claire’s trek up the mountain is the core of the game A Short Hike, and how you get her to the top is pretty open ended. You could go straight up the path to the top of the mountain — but then you’d be missing out on the point of the game.

A Short Hike feels like what you would get if you turned Animal Crossing into an adventure game like The Legend of Zelda: Breath of the Wild. Yes, it’s an experience full of cute cartoon animal people, but more importantly A Short Hike has a similar sensibility to those two Nintendo games. Like both, the goal of the game is less important than how you spend your time getting to it. And so your trek up a mountain ends up full of much smaller tasks, which, like in Animal Crossing, are nice and relaxing.

You can spend time collecting seashells, searching for buried treasure, fishing, or helping other visitors to the park find lost items. However, while those serve as relaxing distractions, the rewards for doing them also help with your ascent up the mountain. At the start of her trek Claire is only able to jump, glide, and climb up walls or cliffs until she gets too tired and lets go. But by completing these side activities you’ll usually get some sort of tool that allows you to perform more actions, like being able to run by getting running shoes or dig by getting a shovel.

Mainly, though, you’ll be trying to collect golden feathers. These feathers act like Link’s stamina bar in Breath of the Wild: the more you have, the more you can climb before tiring out. Except, unlike Link’s stamina bar, each feather also provides you with an additional jump (which, because Claire is a bird, is more of a flap than a jump). Each flap consumes a chunk of your climbing stamina, while not providing as much height as you could have gotten just from climbing.

The climb up the mountain becomes about balancing. You have to determine how much you jump before you start climbing, in order to maximize what stamina you have. Although this is really only a concern if you try to get up the mountain as quickly as you can. If you spend your time exploring the park and taking part in all the different activities available, you’ll end up with more than enough golden fathers to make those later sections a good bit easier.

And you’ll want to spend time exploring, because the mountain is much bigger than you expect it to be. It’s a place full of interesting environments and ruins, as well as quirky and clever characters who you can’t help but want to hang around with or help out. In fact, the writing is maybe the best thing about the game. There is very little of it, but every character feels distinct from the next, and charming in their own way (even the kid that overcharges you for feathers). And when you do finally get to the top of the mountain it’s an emotional gut punch that both validates and recontextualizes whatever path you took to get there. 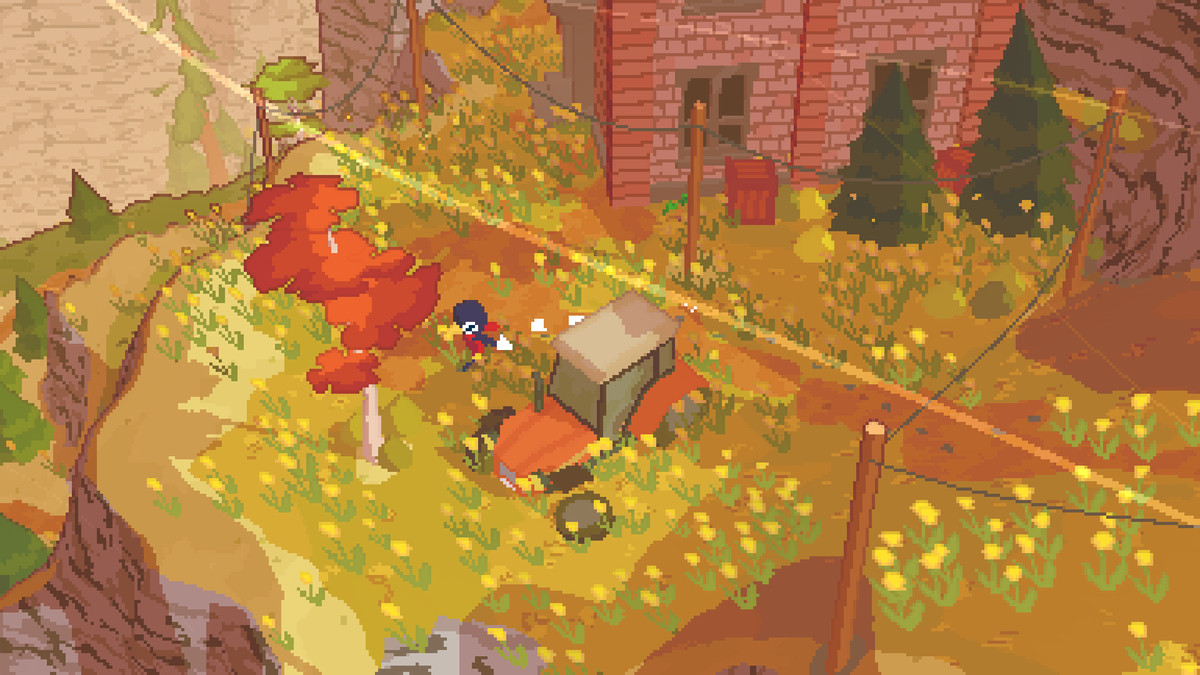 Luckily, getting to the top isn’t the end. Instead, it essentially frees you up to explore the park without any explicit goal. Maybe you want to catch all the different fish, win the foot race, or just stand near the beach and watch the waves. It’s a perfect structure, because even if the game had ended at the top of the mountain, I’d have found it pretty hard to not start a new game just to wander around the park some more.

A Short Hike was created by Adam Robinson-Yu. You can get it for $7.99 on Steam or Itch.io (Windows, macOS, and Linux). It takes about an hour or two to finish.

Microsoft is shutting down Mixer and partnering with Facebook Gaming

Instagram may be planning to charge a fee to put links...