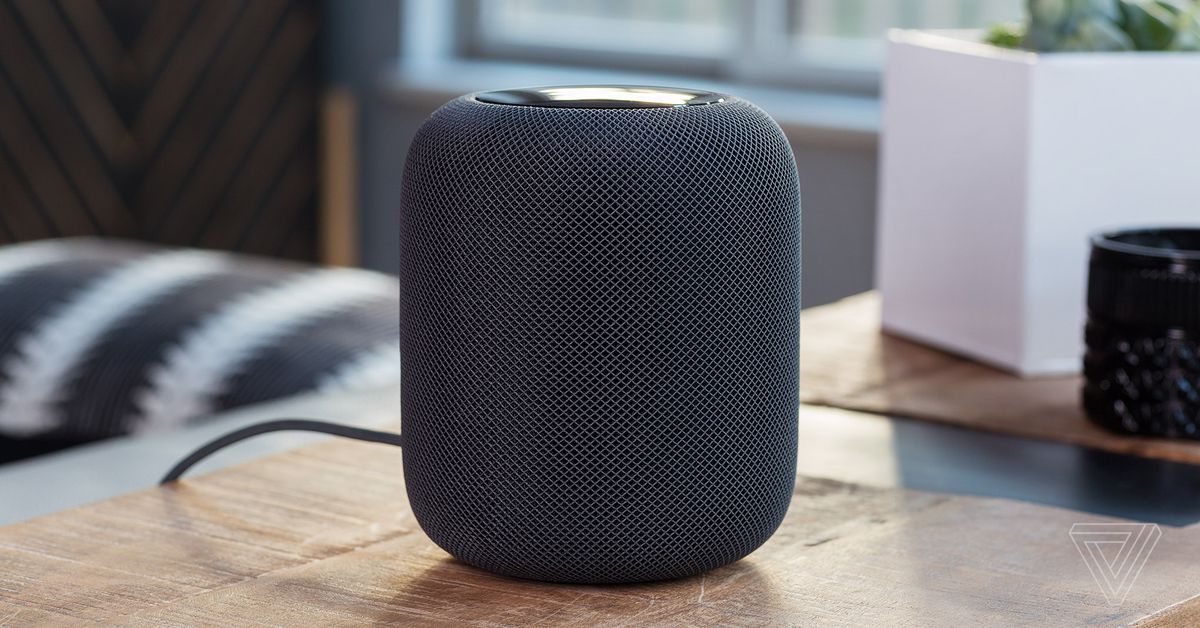 Apple yesterday managed to sneak in a few updates to its HomePod speaker in between iPhone-related announcements, including the addition of a brand-new feature.

Later this fall, the HomePod will be able to help you relax by playing “the soothing sounds of ocean waves, forest birds, rainstorms, and more,” or what Apple calls Ambient Sounds. Apple hasn’t provided any other details, but we’d assume you’ll just need to ask Siri to play ambient noises to make your room feel like an oceanside villa. The feature was first spotted by 9to5Mac.

Apple isn’t the first to let you turn your smart speaker into a white noise player — Google Home has been able to play ambient noise since 2017, and Alexa users can install one of many white noise skills. You could also play an ambient noise playlist from your streaming service of choice, but you might have to ask for the exact right playlist or send it from your phone to the speaker. Seems more relaxing just to ask the built-in voice assistant to play ambient noise instead.

Apple also shared updates about some HomePod features announced at WWDC. If you want to listen to radio stations on your HomePod without streaming them from your phone, Apple says you’ll be able to ask Siri to play one of 100,000 radio stations starting September 30th. Later this fall, Apple says you’ll be able to seamlessly hand off a call or song from your iPhone to your HomePod. Also coming later this fall: the HomePod will be able to recognize up to six different voices to tailor music requests and answer questions about each person’s messages, reminders, and calendars.

It’s disappointing that we’ll have to continue to wait for these features, but when iOS 13 launches next week, it will also have features announced at WWDC that were pushed until iOS 13.1 or later. In a break with tradition, Apple has been structuring its software rollouts this fall to come out in phases, presumably to give new features a bit more polish, so we hope everything works as designed when we finally get to try it all for ourselves.

How to play classic PlayStation games in 2019

Amazon could unveil fitness-tracking earbuds and a larger Echo speaker this...