Google’s mesh Wi-Fi router — Google Wifi — is nearly three years old, but it may be getting a radically different design next month. 9to5Google is reporting that the company is prepping a new “Nest Wifi” that pairs a single new hub router with two new “beacons” that will double as Google Assistant smart speakers, giving you the equivalent of two additional Google Home Mini speakers to cover additional rooms of your house with both Wi-Fi and sound.

You may note that Google would be effectively copying Amazon’s second-gen Eero router by going with a pair of beacons to extend Wi-Fi coverage across your house, which could have pros and cons. In our review, we found the second-gen Eero to be just as capable as the first-gen model overall, but it doesn’t necessarily deliver as much bandwidth at the beacons as Eero’s full-size routers do. 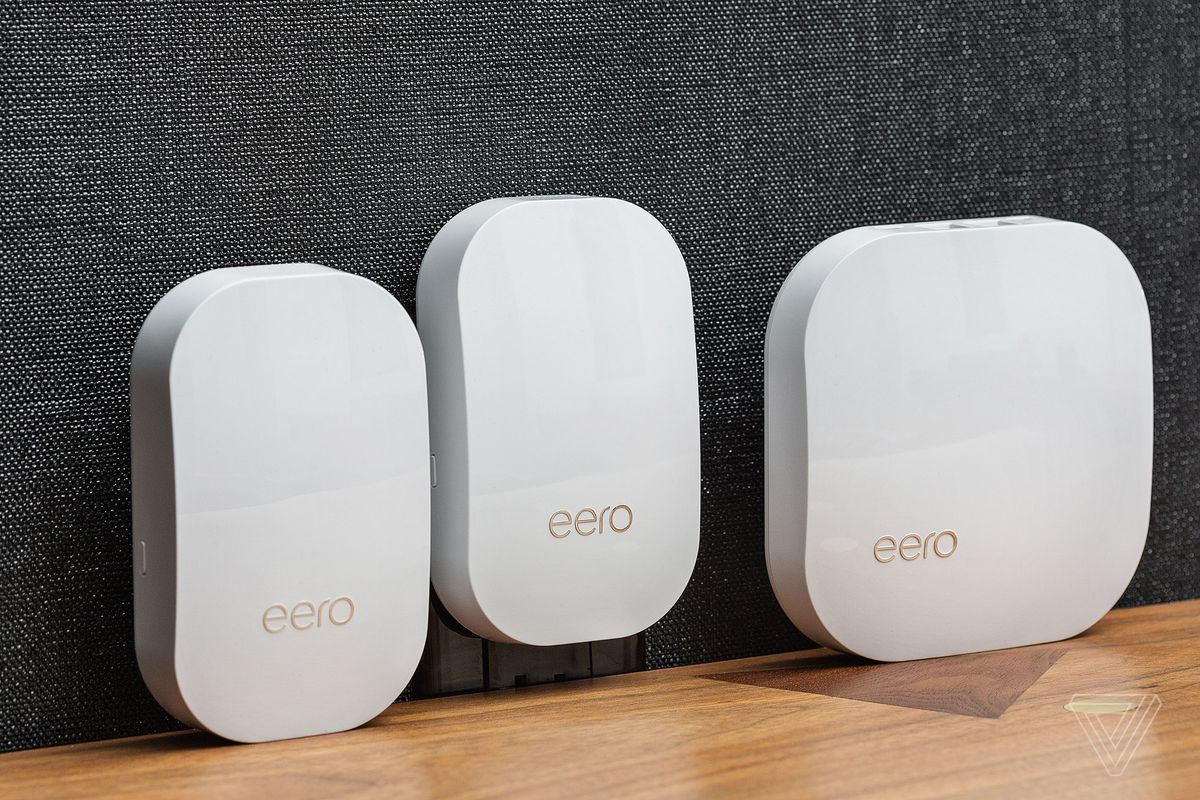 The 2nd-gen Eero, with two Beacons Photo by Amelia Holowaty Krales / The Verge

But Amazon still doesn’t have smart speakers embedded in its routers, having only acquired Eero earlier this year, so that’s an opportunity that Google could take advantage of first. It wouldn’t be the first time Google’s doubled up on smart home devices, either: the company took some flak in February for shipping a secret microphone in the Nest Secure alarm that it later enabled for Google Assistant.

9to5Google says Google plans to introduce the Nest WiFi in three different colors at the same October 15th event where it’ll launch its Pixel 4 smartphones. They’ll reportedly be backwards compatible with the original Google Wifi routers, and they’ll debut with some new Google Assistant commands to let you pause the internet to particular devices or rooms. (This could be handy for parents.)

That’s everything we know from 9to5Google’s sources, but we may have already heard more: there were well-educated guesses earlier this spring about a Google codename “Mistral” that could include not only Wi-Fi mesh router and smart speaker capabilities, but support for Wi-Fi 6, Bluetooth 5.1, and ZigBee-based smart home devices as well.

The Information reported that Google was working on a combined Google Home and Google Wifi product way back in April 2017.

Grabbing the Cybersecurity and Privacy Problems by the Horns: ECT News Roundtable, Episode 3