The Portal has a new design that resembles a picture frame. The Portal Mini is similar but smaller. The Portal TV looks like a set-top box and comes with its own controller. 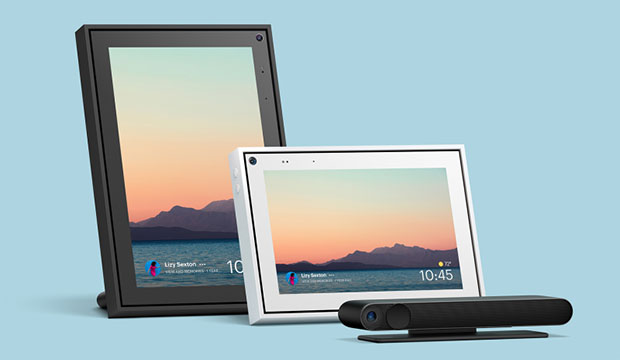 The Portal TV blends the functionality of a set-top box with social media and video conferencing, observed Rob Enderle, principal analyst at the Enderle Group.

“It’s light on the set-top box part, lacking Netflix, but the other two features are unique,” he told TechNewsWorld.

The Portal TV allows smart video calling from users’ TV sets and has an artificial intelligence-powered smart camera that intelligently pans and zooms to stay with users while they move around when talking.

The Portal TV sits on top of or below a TV set.

The Portal family currently is available in the United States and Canada, as well as the UK, France, Italy, Spain, Australia and New Zealand.

Users can preorder the Portal devices from Facebook and select retailers.

Users can issue voice commands to Portal by saying “Hey Portal.” This command is available in U.S. and Canadian English, and soon will be available in other languages.

All Portal devices have Alexa built in and offer access to Alexa skills.

Portal users can make voice calls either through Facebook Messenger or WhatsApp.

All WhatsApp calls are encrypted end to end.

Audio recordings and transcripts of voice interactions made using the “Hey Portal” command are sent to Facebook, which may review samples to improve its voice services, the company said.

“I think the ‘improve its services’ bit is a canard — a ruse to access client information,” said Mike Jude, research manager at Frost & Sullivan.

“Improving voice recognition is one thing, but presumably this could be obtained in other ways — third-party voice analytics firms, for example,” he told TechNewsWorld. “The services thing is kind of open ended and could imply a lot of different uses.”

Facebook previously used outside contractors to review audio clips of conversations conducted via Facebook Messenger. It discontinued the practice last month, after media disclosures made it public.

The Portal camera automatically pans and zooms in on the person talking, but it can be configured to track a specific individual.

The camera relies on AI maps of people based on their shirts, rather than their faces, when tracking individuals to pan the camera, Portal Product Manager Elliott Poppell reportedly said. The camera can follow individuals around even when they have their back turned toward the lens.

The AI technology for smart camera and smart sound runs locally on Portal and not on Facebook servers.

Users can disable the camera and microphone with a single tap or with a sliding switch. An indicator light shows the on/off status. The camera has an integrated lens cover.

Users can view, hear and delete any of their voice interactions in their Facebook Activity Log. They can turn off voice storage in settings any time to prevent storage and review.

“I wouldn’t trust Facebook with a camera and microphone in my home,” Enderle remarked. “They’ve had too many privacy issues.”

Facebook will track which videos Portal users view, to help it better target ads. It also will collect data on video calls made with Facebook Messenger, such as the length and frequency of calls.

Amazon and third-party developers can collect the same data from signed-in consumers on Portal that they can from any other device.

“User data has great value, and Facebook has been pretty mercenary about how it collects and uses such data,” Jude said. “Placing one of these portals in your home is like having a camel’s nose in your tent. Once in place, there is virtually no way to guarantee privacy and safety.”

A set-top box combined with video-conferencing capabilities “is an interesting idea,” Enderle said. “The downside is Facebook — and for a company that has a horrid reputation with regard to privacy, this is way too much access to your private information.”

Getting a Portal TV would be “like giving a criminal access to your bank account,” he quipped. “If they stole from you everyone would think you were an idiot.”

Trump will lose his Twitter ‘public interest’ protections in January