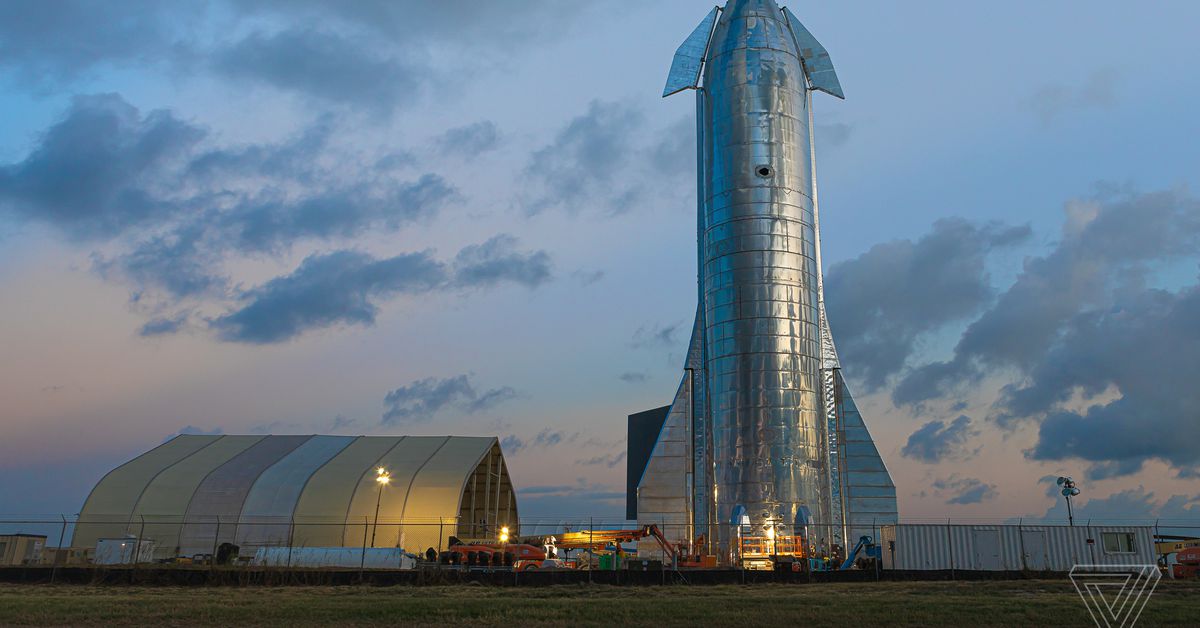 On Saturday night, SpaceX CEO Elon Musk gave a presentation in Boca Chica, Texas, on the development of his company’s next generation rocket, called Starship. Starship is meant to fly hundreds of passengers to deep-space destinations like the Moon and Mars. Flanked by a giant prototype of the vehicle, Musk vowed that Starship could fly to orbit as soon as six months from now, and carry its first passengers sometime next year.

“This thing is going to take off, fly to 65,000 feet — about 20 kilometers — and come back and land in about one to two months,” Musk said, referring to the stainless steel prototype behind him. The giant test article stood next to a SpaceX Falcon 1 rocket, the first vehicle the company put into orbit. The staging was symbolic, especially since the presentation occurred on the anniversary of SpaceX’s first flight to orbit with the Falcon 1.

The test rocket in Boca Chica towers over 165 feet (50 meters) tall and has three of SpaceX’s next generation Raptor engines attached to its base. Its goal is to test out the launch and landing capabilities that the final Starship vehicle will need to be a fully reusable system. The prototype will use its engines to fly to a high altitude and then lower itself back down, performing what’s known as a propulsive landing — the same technique SpaceX uses to land its currently operational rockets.

SpaceX still has a lot of work to do to get this thing flying on such a short timescale. The Starship prototype makes for an impressive sight on the ground. It’ll be even more of a spectacle when it finally takes to the skies.