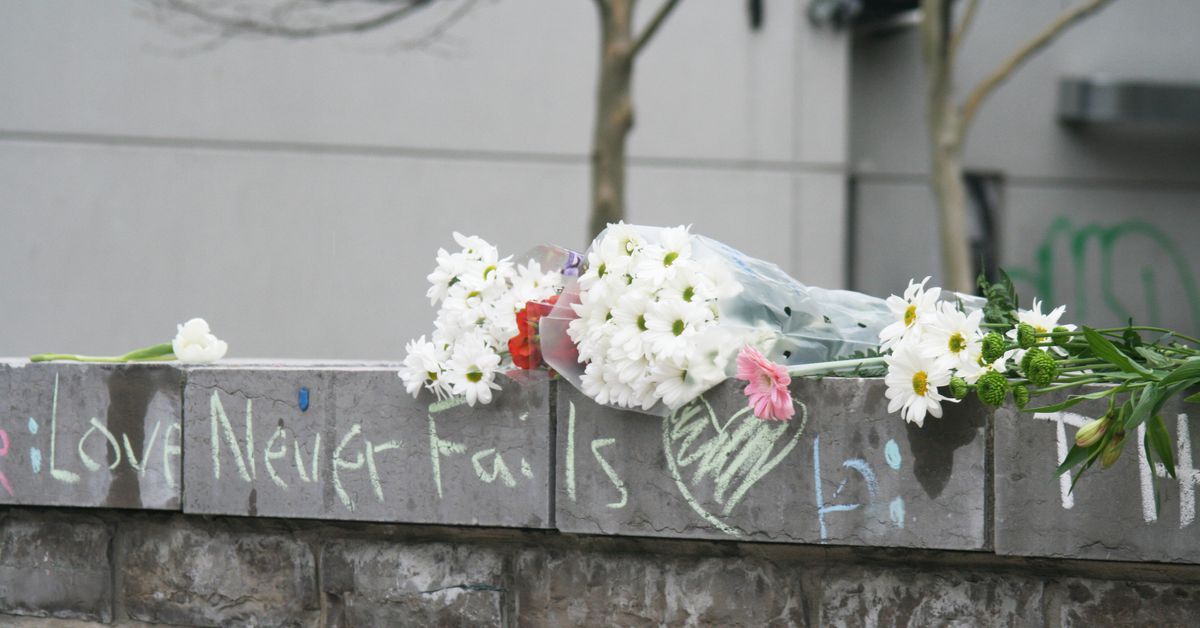 In April of 2018, a 25-year-old man killed 10 people in downtown Toronto and injured many more. A Facebook post hinted that the killer was part of the incel movement, a mostly online community of men obsessed with their own “involuntary celibacy.” Last week, an interview transcript and video removed all doubt — the perpetrator claimed to be launching an “uprising” against attractive and average men because women refused to date him.

But the interview didn’t just confirm what we already knew. It described an inchoate form of terrorism in a surprising way: not as isolated acts inspired by an internet echo chamber, but as something like an organized movement. With growing pressure to fight violent far-right movements based on racism and nationalism, incels are demonstrating more clearly than ever what a terrorist group motivated by gender looks like. And that could be completely intentional.

The interview took place soon after the attack, although it was only made public last Friday. Speaking with a detective, perpetrator Alek Minassian — who now faces multiple charges of murder and attempted murder — described a process of being “radicalized” by incel ideology online. He called himself part of an “uprising” or a “rebellion” to overthrow society as it currently exists, all for the purpose of forcing women to “reproduce with the incels.”

The claims are debatable, but the goal was terrorism

Moreover, Minassian claimed (apparently without evidence) to have actively corresponded with at least two other mass murderers before their attacks, including Elliot Rodger, an incel who killed six people in 2014. “We were plotting certain timed strikes on society in order to confuse and shake the foundations, just to put all the normies in a state of panic,” he said. Minassian’s claims aren’t publicly verified, but the goals he’s describing mirror those of other violent far-right hate groups — which, over the past couple of years, have increasingly been kicked off web platforms and scrutinized by law enforcement.

Extreme incels have been described as terrorists before. After the murders in Toronto, Vox’s Zack Beauchamp wrote that Minassian “wasn’t taking revenge on a specific woman who wronged him; he wanted to instill terror in society writ large.” The label was previously applied to Rodger, who fantasized about a mass movement that would kill huge numbers of women. And gender-based terrorism — attacks meant to instill widespread fear, not just kill individuals — has a much longer history. Canada’s most deadly modern mass shooting, the 1989 massacre at Montreal’s École Polytechnique, was aimed at keeping women away from science and engineering work.

Historically, it’s been hard to make the “terror” label stick to misogynist violence, in part because that violence is so varied and so common. Many mass shooters, who are overwhelmingly male, have a history of violence against women; in fact, it’s one of the most common traits among them. While most homicide victims are male, nearly half of women killed in the US over the past decade were murdered by male intimate partners, who are often motivated by mainstream gendered ideas about power and control — not extremist ideology. Drawing a line between those two things can seem almost futile — unless, that is, a group is actually trying to be seen as terrorists.

That’s exactly what Minassian insists incels are: not only a unified, radical force with a common goal, but one with a leader who was supposedly trying to coordinate attacks. That’s strikingly at odds with the standard narrative for all kinds of internet-inspired terrorism, let alone gender-based violence. Beauchamp, for example, described incels as a “mutually supportive echo chamber” with “no centralized planning, no incel equivalent to of Osama bin Laden.” Other far-right terrorists are often spuriously described as isolated “lone wolf” killers who were inspired by propaganda. But Minassian portrays incels, or at least a subset of them, as an outright organized hate group — closer to the far-right group Atomwaffen than your average 4chan forum.

In some ways, the terrorism comparison is a poor fit. Incels aren’t putting forward new ideas about gender. Like other parts of the “manosphere,” a loosely defined group of male-supremacist subcultures, they build on existing ugly tropes about women — in their case, “women are shallow and only date handsome jerks.” And some go online just to commiserate with other lonely people.

But a highly visible subset of incels take their complaints to surreal and uniquely nihilistic extremes. Instead of simply complaining that lots of women won’t date them, they posit that literally all women are viscerally disgusted by all men who don’t meet an objective, universal, and ridiculously high standard of male beauty. They’re monomaniacally focused on romantic relationships as the only worthwhile goal in life, and they resist basically any solution except forcible revolution. It’s the kind of apocalyptic fundamentalism that you can find on a far larger scale in Islamist and white supremacist terrorist movements. While some posts are probably internet hyperbole, people like Minassian still act directly on their ideas — and are celebrated for it.

Incels aren’t coming up with new ideas about gender

Some mainstream thinkers have echoed incel-like ideas. Self-help guru Jordan Peterson used Minassian’s case to make an argument for vague and apparently non-forceful “enforced monogamy,” and Catholic New York Times columnist Ross Douthat invoked incels to score points against the sexual revolution. But even if you find Peterson or Douthat’s ideas retrograde, there’s still a huge gap between those viewpoints and extreme incels’ fatalistic millenarianism — the same way there’s a gap between condoning racial discrimination and wanting to imminently establish an all-white ethnostate.

Of course, we’ve had trouble drawing these lines in other areas. Online groups like Atomwaffen can be identified and studied on their own, but the government has trouble when they intersect with racism in conventional politics. In the US, Republican politicians pushed the Department of Homeland Security to ignore far-right terrorism out of fear that it would demonize mainstream conservatism. Singling out fringe hate movements can also let people downplay harm from less extreme groups. Bigotry exists on a spectrum — and big, impersonal social structures can cause huge amounts of damage in their own way.

But violent fringe groups pose a specific kind of threat that’s worth addressing. And while incels aren’t a defined organization like a militia or a cult, they’re a movement built around specific gathering places like the subreddit r/Braincels — which was banned a few days after the interview video was posted as part of a larger Reddit purge. These spaces aren’t all hateful, but some clearly are irrevocably poisoned by violence, to the point of “jokingly” adopting Rodger as a saint. Combine these factors, and you get a distinct movement with an unusually radical belief system — not just a free-floating group of trolls or a simple reflection of offline sexism.

Minassian almost certainly isn’t offering an accurate portrait of what extreme incels are doing. Like other mass killers from internet hate subcultures, it can be hard to separate his attempts at irony from straightforward extremism or delusion. At one point he straight-facedly references Pepe the frog being “worshipped quite frequently” on 4chan, referring to a well-known forum meme. Minassian also offered no proof that he’d corresponded with other killers. The claim could easily be self-aggrandizing mythmaking for Minassian specifically or the movement in general.

But incels’ real violence and hateful rhetoric — amid an overall epidemic of mass shootings — may be having an effect. Minassian’s video was released a few days after the US Army warned service members that incels might attack screenings of the film Joker, apparently based on a bulletin from the Federal Bureau of Investigation. And that followed weeks of speculation that Joker would appeal to the subculture, since its protagonist is a socially outcast male loser who turns to violence. (Based on early reviews, the Joker is not an incel, just a broadly disaffected and isolated man.) Manosphere-tracking blog We Hunted The Mammoth documented some incels who were upset about being tarred as “the next ISIS.” But that’s exactly how Minassian describes them. It’s definitely what Rodger — who urged fellow incels to “start envisioning a world where women fear you” — wanted.

Meanwhile, US and Canadian law enforcement face increasing pressure to treat domestic terrorism as seriously as they have groups like ISIS. The US Department of Homeland Security recently named violent white supremacy as a major security threat. This year, Canada added two far-right groups to its terror watchlist for the first time. The president of the FBI Agents Association has also asked Congress to make domestic terrorism a federal crime, which could be largely symbolic, but may still make investigating and prosecuting it easier. Rep. Adam Schiff (D-CA) and Sen. Martha McSally (R-AZ) both proposed domestic terrorism bills in the wake of this summer’s mass shooting in El Paso, Texas, which would make it far easier to crack down on ideologically extreme groups.

Incels, again, don’t seem remotely as powerful, organized, or numerous as far-right militias or members of a group like ISIS. But there’s still every reason to treat them as an ideologically motivated extremist movement rather than lumping them in with broader “trolling.” Among other things, it offers a clearer case for specifically deplatforming the most hateful parts of the movement — the way that sites like the Daily Stormer have been driven off many social media platforms, domain registrars, and payment processing services. It means less debate each time platforms like YouTube, Facebook, Twitter, or Reddit consider banning accounts that deal in specifically incel-related misogyny. For a movement that exists almost entirely online, that’s potentially a big deal.

This all ignores one huge question: do we actually want to define more kinds of hate as terrorism? The “War on Terror” of the ‘00s gave rise to sweeping surveillance and torture programs. Law enforcement has gone after potential ISIS recruits with aggressive sting operations that may not actually make us safer. More generally, companies and policymakers have responded to mass shootings with exhaustive and debatably useful social media monitoring, and law enforcement has infiltrated activist movements along with hate groups. Urging them to heavily monitor internet subcultures like the incel movement could erode online civil liberties in the process — although based on the Army memo, that surveillance might be happening already.

Calling anything “terrorism” is a fraught decision

Deplatforming also raises real questions about how infrastructure companies should police content. You can leave Facebook and Twitter to start your own website, but domain registrars and DDoS protection services are low-level systems that can control whether any site stays online. To what extent do we want private companies making huge decisions about online speech with essentially no oversight? But we’re already asking these questions about other kinds of hate content — adding incels to the list doesn’t substantially change the conversation.

Soon after Minassian’s attack, Wired writer Nicole Kobie criticized “breathless” and over-detailed coverage of incel terminology and beliefs. “Because violence against women inexplicably isn’t seen as terrorism, such sites and their messages are viewed as mere curiosities,” she wrote. She argued that the focus on incels amounted to “suggesting men who violently hate women is an intriguing, new, internet-only trend” rather than a familiar form of hate crime.

Strangely, though, treating incels as a distinct phenomenon — whether that’s a terrorist group, a hate movement, or something else — might help us parse the hugely complex problem of gendered violence. If Minassian wants to conjure the specter of a militant misogynist uprising, maybe we should take him at his word.

The man who predicted Antennagate is no longer at Apple

Coronavirus relief bill passes House, but will wait days for a Senate vote