The most noticeable new feature with iOS 13 has been its dark theme, which paints a darker hue across the interface and in many apps. It’s a stark difference from the bright white screens that have dominated iOS for years and it’s something that people have been wanting for a long time.

You can toggle between the themes manually through Control Center or by diving into the Settings app each time you want to change it, but thankfully Apple has provided a way for the phone to automatically switch between light and dark depending on the time of day or sunset and sunrise cycles. This way, you can have a lighter theme during the day when you’re in brightly lit areas and then an easier-on-the-eyes dark theme for the evening and night time use.

Setting up automatic switching is easy, though Apple doesn’t prompt you to do it when you first install iOS 13 or set up a new phone. Here’s how to get your iPhone to automatically change themes: 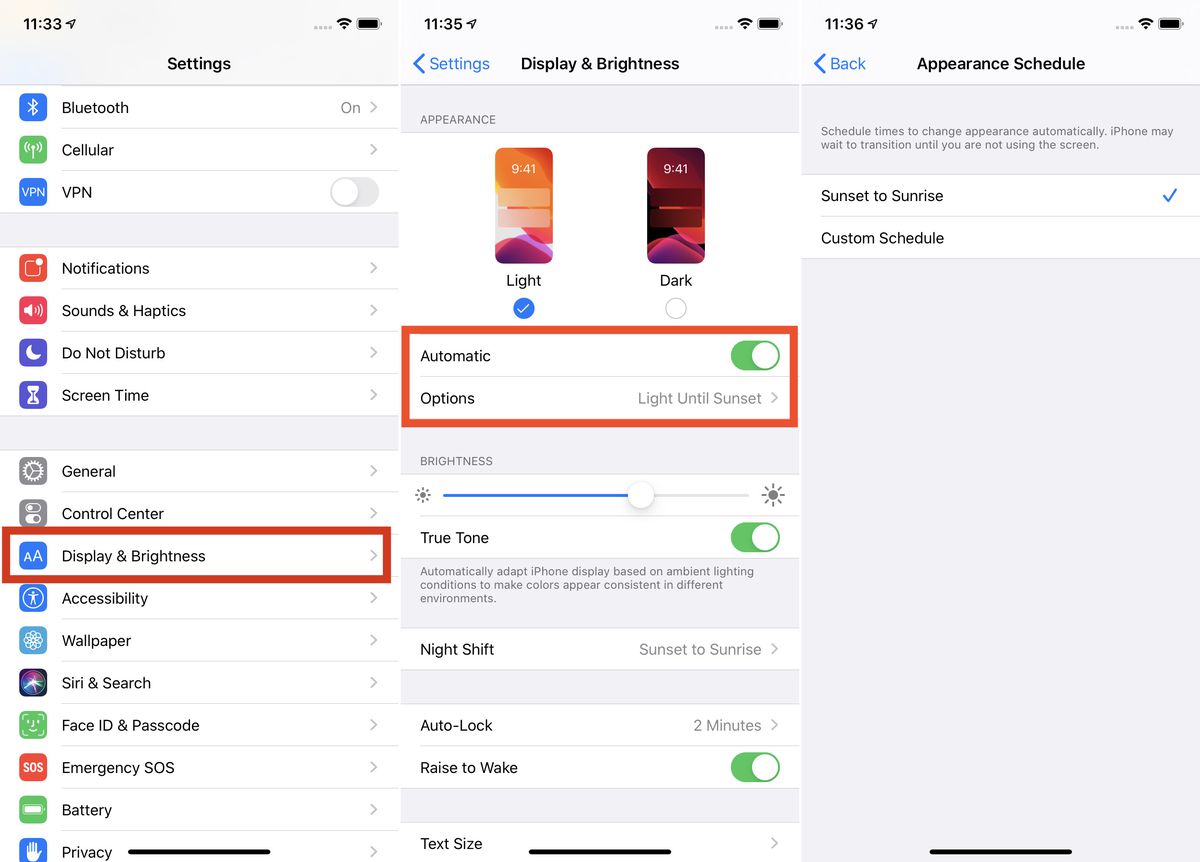 Image by Dan Seifert / The Verge