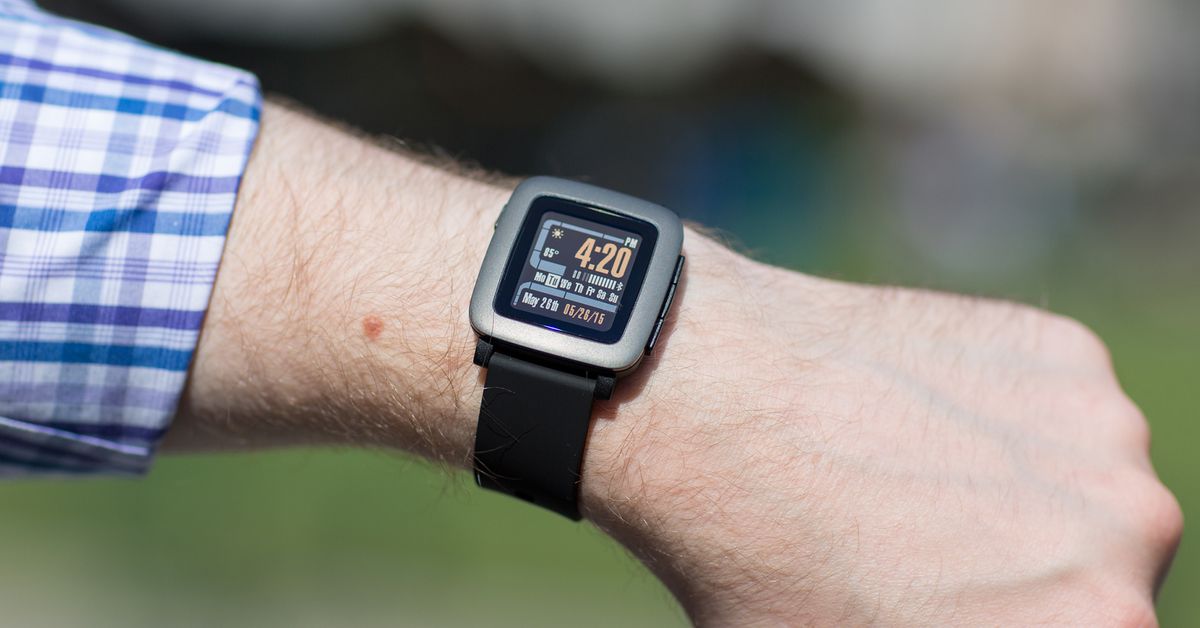 The crowdfunded Pebble smartwatch officially died last June, but a group of dedicated Pebble fans are giving Pebbles second lives, as detailed in this great article on iFixit that you should go read.

The Pebble launched to a record-breaking Kickstarter in 2012 because it looked like it had the potential to be the first good smartwatch. Part of the appeal was that it seemed ahead of its time — it could do things like show you notifications and help you control your phone’s music, which would become table stakes for smartwatches made by other companies in the years to come.

The first Pebble seemed ahead of its time

But once the Apple Watch entered the market in 2015, it was game over for Pebble. The company was acquired by Fitbit in late 2016, and Fitbit eventually announced it would shut down Pebble’s web services, which included an app store, voice dictation, weather, and more.

iFixit’s story chronicles how the “Rebble Alliance,” a group of dedicated Pebble fans, developers, and ex-employees, banded together to document and save as much about Pebble as they could so that they could rebuild what would otherwise be lost.

As the story explains, the Rebble Alliance has been incredibly successful. Among other things highlighted in the story, there’s now a GitHub that preserves an incredible amount of technical information about the Pebble, web services (some with paid subscribers!) that replace much of what was shut down by Fitbit, and even aspirations of reverse-engineering Pebble’s firmware to someday be able to build custom, Pebble-like smartwatches.

It’s an great story — and you should go read it on iFixit.

Australia plans to strengthen its power grid with another giant battery