Building a TV series around a location made famous in stories without actually adapting those stories is a strange choice, but for Hulu’s Castle Rock, it’s proven rewarding. Created by Sam Shaw and Dustin Thomason and executive produced by J.J. Abrams and Stephen King, among others, the show is set in the fictional Maine town of Castle Rock, which is the setting for many King stories. Castle Rock incorporates elements from King’s fiction, but it leaves the novels that made the town famous largely untouched, apart from the occasional passing reference to the town’s history with killer dogs and serial killers.

The series isn’t King’s work, but it’s storytelling that aspires to be on King’s unmistakable wavelength. It’s hard to think that this approach would work for many other authors. You could set, say, a legal procedural in the American South and load it with Easter eggs referencing John Grisham’s work, but is there a Grisham feeling to imitate? If so, could it be sustained over the length of a TV season?

The King vibe resonated throughout Castle Rock’s first season, which brought in one recurring King character (Alan Pangborn, the town’s retired sheriff, played by Scott Glenn) and landmark King locations like Shawshank Prison, all in service of a story about a mysterious prisoner whose release upends the lives of several Castle Rock residents. The vibe also remains strong in the first half of the series’s second season, a slow-burning mystery where supernatural elements recede into the background for long stretches, then reappear in shocking moments. (Hulu provided critics with five of the second season’s 10 episodes.)

Starting over with an all-new cast, season 2 draws heavily from two of King’s best-known novels, but it often references them to subvert fan expectations. The first episode, “Let the River Run,” opens with a blood-soaked teen carrying a box to the edge of a lake. Then, the same character — now a little older and played by Lizzy Caplan — engages in a multiyear, cross-country ramble with her daughter Joy (Elsie Fisher), taking a series of nursing jobs that invariably end with her loading up on stolen meds, swapping out one set of license plates for another, and moving on to the next town. Her name: Annie Wilkes, the writer-entrapping protagonist of Misery. As her journey draws to a close, an accident ensures she’ll end up spending more time than planned in Castle Rock, Maine, and in the neighboring town of Jerusalem’s Lot, which is the setting of King’s 1975 vampire novel ’Salem’s Lot. 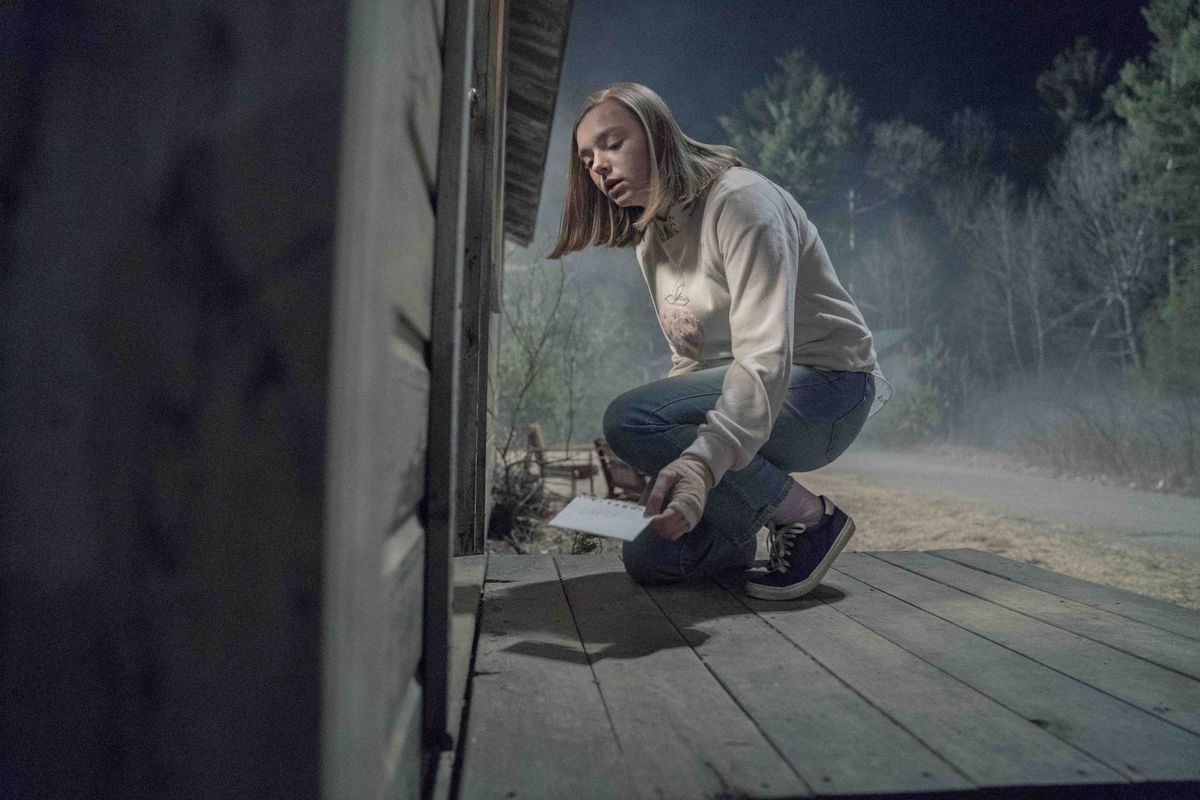 Castle Rock has bigger plans than merely mashing up two well-known King novels, however. The second season wants to explore parts of Castle Rock that viewers have never seen before. Much of this involves the not-quite-legal enterprises of Reginald “Pop” Merrill (Tim Robbins, taking over the “Castle Rock actor who appeared in a famous King film adaptation” slot from Sissy Spacek in season 1). Pop owns the Emporium Galorium hardware store, and he’s the driving force behind much of the town’s shady business. (The character previously appeared in King’s novella The Sun Dog.)

Pop has raised four children, none of them his biological offspring. Two are his adopted nephews: the violent-tempered John, better known as “Ace” (Paul Sparks), and Ace’s mild-mannered brother Chris (Matthew Alan). The others, Abdi (Barkhad Abdi) and Nadia (Yusra Warsama), are Somali refugees he took in as teens. As adults, Nadia is a doctor, while Abdi is preparing to build a new shopping complex catering to the town’s Somali population, a growing demographic that’s been a source of tension among the town’s more close-minded longtime residents. Abdi’s time learning the business from Pop has an expiration date, however: Pop is suffering from cancer that chemo doesn’t seem able to beat.

For long stretches, Castle Rock is more focused on exploring the working-class realist side of King’s fiction than the side that produces, say, malevolent spirits shaped like evil clowns. Annie and Joy settle into low-rent housing run by Ace, offering glimpses of life on the economic fringes. Annie’s false identity — she’s fleeing a past that isn’t fully revealed until mid-season — cuts off her ability to get treatment for mental illness, compelling her to find ways to steal the medication she needs to keep her visions and voices at bay. The series’s excursions into the Somali immigrant community are even more compelling, exploring an aspect of small-town American life rarely depicted on television or in King’s fiction. 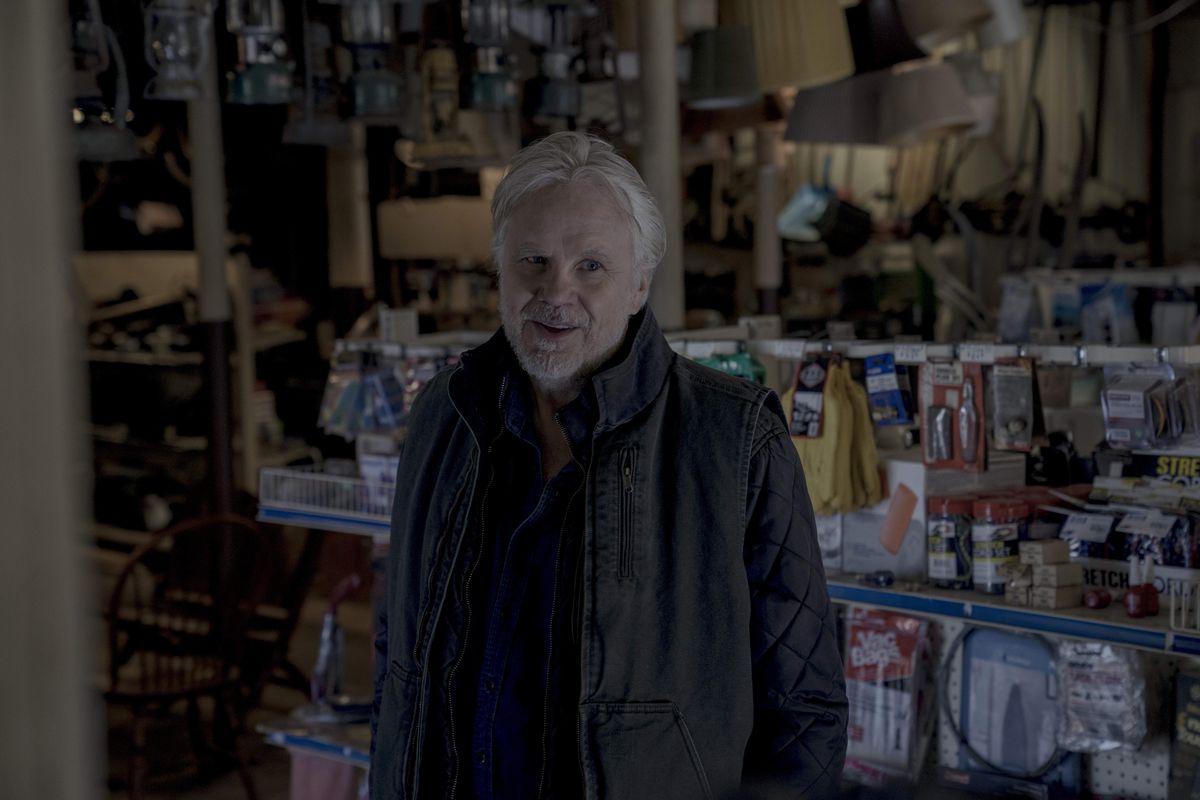 But Shaw, Thomason, and the writers haven’t forgotten that King’s Castle Rock stories are best known for finding horror just beneath the surface of small-town life. They also haven’t forgotten the stories that inspired the show; they just aren’t entirely beholden to them. Characters disappear then reappear with a newfound sense of purpose, comings and goings that have something to do with the spooky, ancient Marsten House that overlooks Jerusalem’s Lot and Abdi’s new development. Then there’s Annie, who seems always on the verge of snapping.

Castle Rock, and Caplan’s vivid, wild-eyed performance, pay homage to the familiar aspects of Misery as a book and film, including Kathy Bates’ unforgettable take on the character. But Annie’s fate still doesn’t seem preordained. (For starters, the series is set in present day, making it not-quite but not-quite-not a Misery prequel.) Meanwhile, whatever’s happening at the Marsten House seems monstrous but free of bloodsucking — at least for now. (Another nod: one episode plays in part like a truncated version of “The Body,” the King story that inspired Stand by Me.)

This is the world King’s fans know and more. At times, it can feel like too much more. The first half of the season has to do a lot of work just to establish all of the players, their pasts, and their relationship to various aspects of Castle Rock and Jerusalem’s Lot life. Some of these episodes forget about whole groups of characters while turning their focus elsewhere. It’s a lot of setup that will have to cohere in the second half of the season in order to pay off, but it’s compelling enough to make it worth seeing where it all leads. Even if it leads nowhere — and it certainly wouldn’t be the first King or King-adjacent project to whiff the payoff — or fails to produce an episode as strong as season 1’s Spacek-spotlight “The Queen,” Castle Rock remains an atmospheric, grippingly acted series that captures the feeling of King’s fiction while exploring corners of his world that even he might not have imagined existing.

Electric scooters may not be around for long

Anatomy of Failure: Why It’s Problematic That Zuckerberg Is the Least Trusted Big Tech...