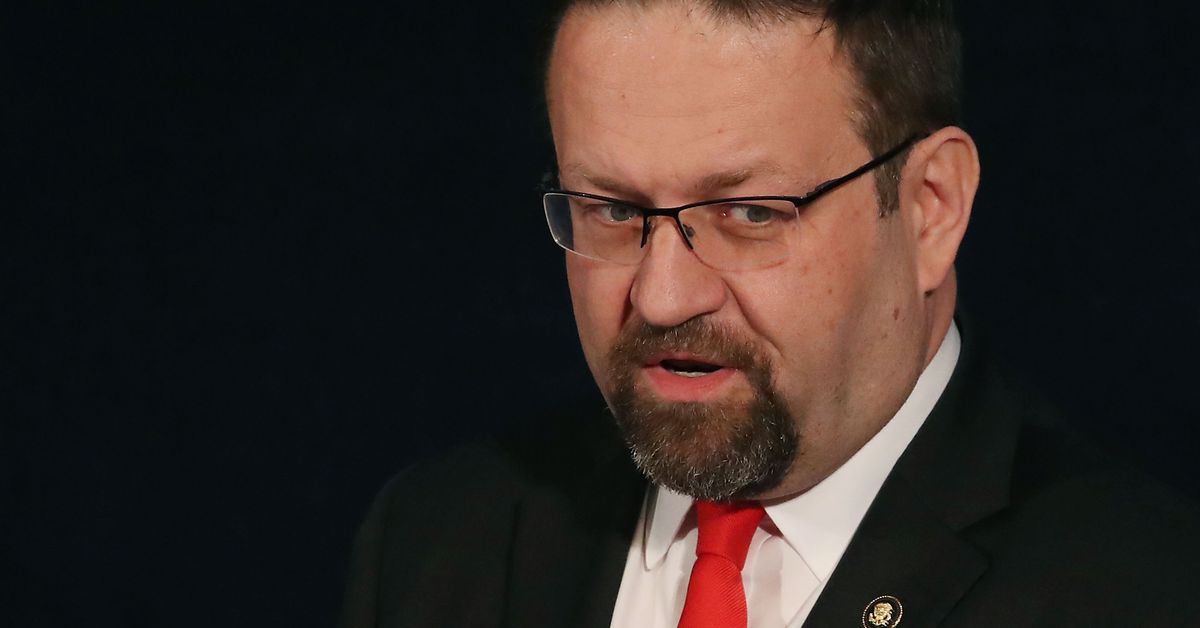 Over the past couple of years, courts have ruled that politicians like Donald Trump can’t block people for yelling at them on Twitter or Facebook. But thin-skinned elected officials aren’t the only government figures on social media, and experts have wondered how these rulings will affect official agencies’ accounts, which are increasingly used to communicate with the public. Now, a Twitter fight involving the US Department of Veterans Affairs (VA) shows what the adherence to the rulings looks like in practice — and how it’s raised the stakes for government social media accounts.

Yesterday, the official Veterans Benefits Twitter account retweeted a Veterans Day post by former White House deputy assistant Sebastian Gorka — who has been accused of having ties to Hungarian far-right movements. The retweet troubled Travis Akers, a US Navy veteran and gun control activist. So Akers tweeted a curt reply: “Why is an official VA account 1) Thanking a Nazi, B) Thanking and Nazi, and C) Thanking a Nazi?”

Soon after that, Akers posted a screenshot showing that the VA Benefits account had blocked him, and the Twitter conflict turned into a potential legal dispute.

A US appeals court declared this year that President Donald Trump’s Twitter feed was a public space protected by the First Amendment, similar to a town hall meeting. This meant that he couldn’t block people for criticizing him. The ruling generalizes to other government social media accounts, and it’s resulted in more lawsuits — including several against Rep. Alexandria Ocasio-Cortez (D-NY), who recently unblocked a former Brooklyn assemblyman to end one such suit. So far, though, those cases have focused on individual public servants, not large agencies.

The VA says it doesn’t currently block anyone on Twitter

According to Akers, the VA unblocked him within a couple of hours. The department also deleted the Gorka retweet, seemingly acknowledging the error. Nonetheless, Akers says he’s filed a complaint with the agency’s Office of Inspector General, which he hopes will make the VA review its social media practices.

“I personally believe their retweet of Gorka was poor judgement; however, my primary concern is that a government agency would block a US citizen for questioning their retweet of a person like Gorka,” he told The Verge over Twitter direct message. If he hadn’t been unblocked, he says, he would have explored legal options — including speaking with Columbia University’s Knight First Amendment Institute, which spearheaded the suit against Trump.

The Trump lawsuit hinged largely on the fact that citizens could have political debates in his mentions. But government agencies often use social media as a customer service system, offering an easy way to cut through the confusion of phone trees and email forms. So blocking a user — especially a user who belongs to a group the agency specifically serves — could have a tangible negative impact.

The VA’s public affairs office didn’t reply immediately to an email from The Verge, but the agency posted a public response to Akers on Twitter. “There are many voices in the Veteran community, and we value each one. Regarding a tweet from yesterday afternoon: We run checks on accounts that use extremely offensive language on our comment threads. Due to the nature of the conversation regarding those terms, we deleted the tweet,” it said. “We continue to monitor the account as part of our normal process. Currently, the VBA has no blocked accounts on Twitter.”

It’s a confusing response. “The account” seemingly refers to Akers, but since you can’t delete other accounts’ tweets, “we deleted the tweet” is either a reference to the VA deleting its own retweet of Gorka — which is a bit of a non sequitur — or a confusing way to say it blocked Akers’ tweet from appearing in replies. It’s also not clear what the “extremely offensive” language was, unless it was the term “Nazi.”