I’m spending a lot of time these days looking at the evolving market for artificial intelligence and the problem of bias. Bias played a role in the impeachment of Bill Clinton 21 years ago, and it’s playing a role again in the current action against Donald Trump.

Having an affair with a subordinate should get you removed from office because it is abusive to that subordinate, although Clinton actually was tried for lying, which he admitted to doing.

Trump basically is accused of putting his interest in winning a future election over the national interests of the United States. If true — and if he were any other government employee — he’d be looking at a criminal trial and likely jail time.

Clinton wasn’t fired, and the odds right now that the president will be fired are below 20 percent. In both cases, that is due to almost complete support from both men’s political parties, regardless of behavior unacceptable in a leader.

This supportive behavior isn’t limited to politics — it’s known to happen in business as well, when CEOs are put in jobs they are not suited for, yet defended until they do enough damage to force an outcome that should have come months earlier.

I think the problem in part is due to confirmation bias — the need to look only at the information that agrees with a position already set. Another contributing factor is the lack of a set of metrics that we can apply consistently to all leaders.

Artificial intelligence systems will face similar problems, because the information that creates our bias also will create theirs — unless we work to prevent it. This is particularly problematic because AIs can make decisions thousands of times faster than humans. If those decisions are biased, they will cause problems at an unsustainable rate.

I think we should measure leaders on three vectors: competency, empathy and charisma.

In the shadow of the Trump impeachment I’ll share my thoughts on what we — or a future AI — should look for in a leader — whether a president, a CEO, or a middle manager. I’ll close with my product of the week: the new RAZR smartphone from Motorola.

Competency: Getting the Job Done

Competency is a leader’s ability to do the job according to a framework established by those the leader reports to. A political leader’s competency should be measured predominantly by those who gave their support at the ballot box. They are, in effect, the ones who hired the leader.

I’m starting with this group because this often is where bias is most pronounced. In general, people don’t like to admit mistakes. It is far easier for managers to fire employees they didn’t hire, because those firings are less likely to reflect on them.

You’ll notice I didn’t list education, experience, race or sexual orientation. Regardless of the level of the hire, the person is being hired to do a job. Hiring someone who can’t, or won’t, would be a mistake.

In addition, competency is relative, because a leader is expected to deliver on promises. Someone who overpromises and underdelivers is still viewed as incompetent. On the other hand, if someone underpromises to ensure execution, that also should be viewed an incompetent.

Therefore, the competency goals should be set by the hiring authority — not by the executive or employee.

That was true, for example, when it came to competitive behavior (Netscape), which caused the firm substantial avoidable problems (particularly because Netscape imploded).

Comparing Clinton and Trump, Clinton was a subject matter expert, Trump not so much. Clinton demonstrated stronger management skills (the country was run better), but both men were ethically challenged.

Empathy is critical to leadership. If you don’t take care of the people you report to and the people who report to you, you’ll likely fail. However, it can work against execution. For instance, a highly empathetic leader in a company may not be able to carry out a layoff in a timely way, which tends both to put the organization in deeper trouble and result in far more layoffs in the future.

However, a leader without empathy is far more likely to abuse employees and customers at scale, which doesn’t end well either. Here you are looking for balance: a leader who can make the hard decisions when necessary but doesn’t make them as a matter of course.

Carly Fiorina at HP demonstrated too little empathy, which was one of the key foundational elements of her failure. Her predecessor was just the opposite. He delayed downsizing efforts, which resulted in his departure from the firm.

One big red flag is anyone who takes credit for everything but doesn’t take responsibility for anything. That is not uncommon in a political leader, and it is problematic for the entire class.

You can’t lead if no one follows you, and charisma can make up for a lot of wrongs. Take Steve Jobs, for instance. He wasn’t particularly competent (he got fired for cause from Apple in the 1980s and wasn’t an engineer). His empathy score likely was extremely low and he was famous for abusing employees.

Still, his charisma was through the roof, and he could pull in good people who could mitigate his other shortcomings.

This showcases that a leader with high charisma who at least knows enough to be able to hire strong people can be very successful. Yet such leaders may put the long term success of their companies at risk, because their lack of empathy places a low priority on anything that occurs after they depart the firm.

Take Ronald Reagan against George Bush Sr., for example. Bush was more competent. Both men had decent empathy, but Reagan was vastly more charismatic and, as a result, is recalled as the stronger president (and he got two terms as opposed to Bush’s one).

Charismatic people are good at telling you what you want to hear, often to the detriment of what you need to know. Those who have high charisma and low everything else, typically are either false religious leaders or con artists who eventually will go to jail.

George Bush Jr. and Donald Trump both have impressively high charisma and low competency. Where they differ is on empathy. Bush was high, Trump is low. This is largely why the comparative loyalty of Bush’s people seems high and Trump’s low.

Whether it is a politician you are voting for, a manager you are interviewing with, or the CEO of a company you are thinking of investing in or buying from, I think it important to look at the person’s full profile before making a decision.

This is particularly important if you are considering someone who is highly charismatic, because such individuals have the ability to mislead you more easily. I think hiring entities (human and AI), boards and voters should start with an objective view of these components before getting into interviews or primaries, because if the individual can’t do the job, good talking points and likability don’t matter.

As we train AIs, we need to take an objective approach, using metrics that define the outcome. We increasingly are using AIs to identify candidates, particularly for middle management positions, but those systems currently are not trained to look at elements like empathy or charisma.

They tend to focus on competency but often are blocked from a true ethical metric due to liability concerns suggesting that, even in this case, the process needs to be improved.

Watching the mess that is the U.S. White House and the messes I’ve seen in so many companies reinforces for me the need to do a better job selecting our leaders and employees. As we move to AIs to help with the selection process, we need to make sure the hiring mistakes we are making at human speeds aren’t moved to machine speeds, because we might not survive that “improvement.”

I think Samsung got its foldable phone wrong, because it takes a large form factor and makes it larger. Typing one-handed on a tablet-sized device is just impossible, though I do get that it is nice not to have to carry both a tablet and a smartphone.

Motorola last week released what I think is a better alternative, and certainly a more affordable one — its new RAZR. 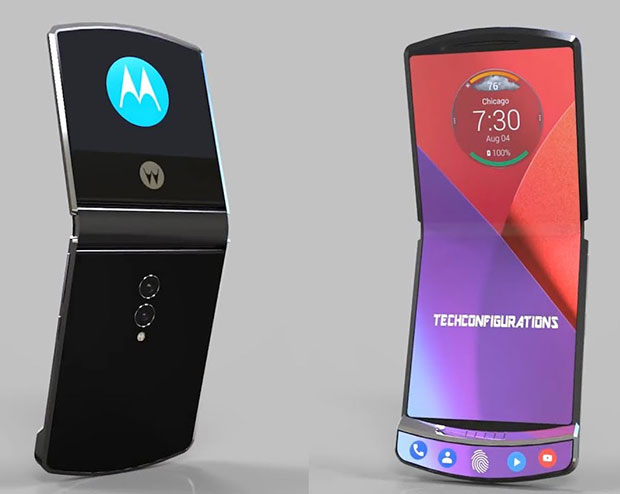 It folds down into a much smaller device and then opens to normal smartphone size. The design goes back to the days when we focused more on usability then screen size, and while there are some issues with the RAZR, it is a first-generation device. Like the Samsung Fold, it likely will have a short service life, but the result will be a better solution.

Ideally, a phone should be measured predominantly on how well it works as a voice communication device, which means portability, battery life, phone use, dependability and sturdiness should be the predominant measurements — not screen size.

This is because screen size reduces portability, sturdiness and battery life, which are more critical to ensuring that a device you may need to do your job — or even save your life — is there when you need it.

The smaller screen makes the phone more portable, and it reduces the need for energy and the battery size (which might be a wash). It makes the device far easier to put on your shoulder to use, and reduces the phone’s weight.

The design appears to be more robust than Samsung’s offering (lighter weight also tends to reduce breakage). I should point out that both phones have screens that will be relatively easy to scratch, though, so that’s a wash.

Like a lot of folks, I think the market needs to pivot away from the iPhone design to something more innovative and useful. I applaud both Samsung and Motorola for making this happen, even though I prefer the Motorola design.

Largely because I think we need innovative efforts like this in the smartphone market, the new Motorola RAZR is my product of the week.

Netflix got Quentin Tarantino to turn a movie into a miniseries — should we...

How to Stay Safe on the Internet, Part 1