If you’re looking for a familiar game to play this Thanksgiving that could also eat up the weekend and destroy your entire family, Hasbro’s got you covered with a brand-new version of Monopoly called “Monopoly Longest Game Ever” edition, which is available exclusively on Amazon right now for $19.99 (via BleedingCool).

If you thought Monopoly was a long game before, this version will probably be pure torture. The only way to win is to own every purchasable square in the game — and there are now 66 properties, with three versions of each one. There’s only one die (down from two) so it will take you an extra long time to cross the whole board. In perhaps the most brutal rule, you are allowed to rip your bills in half so that your money goes a lot further. 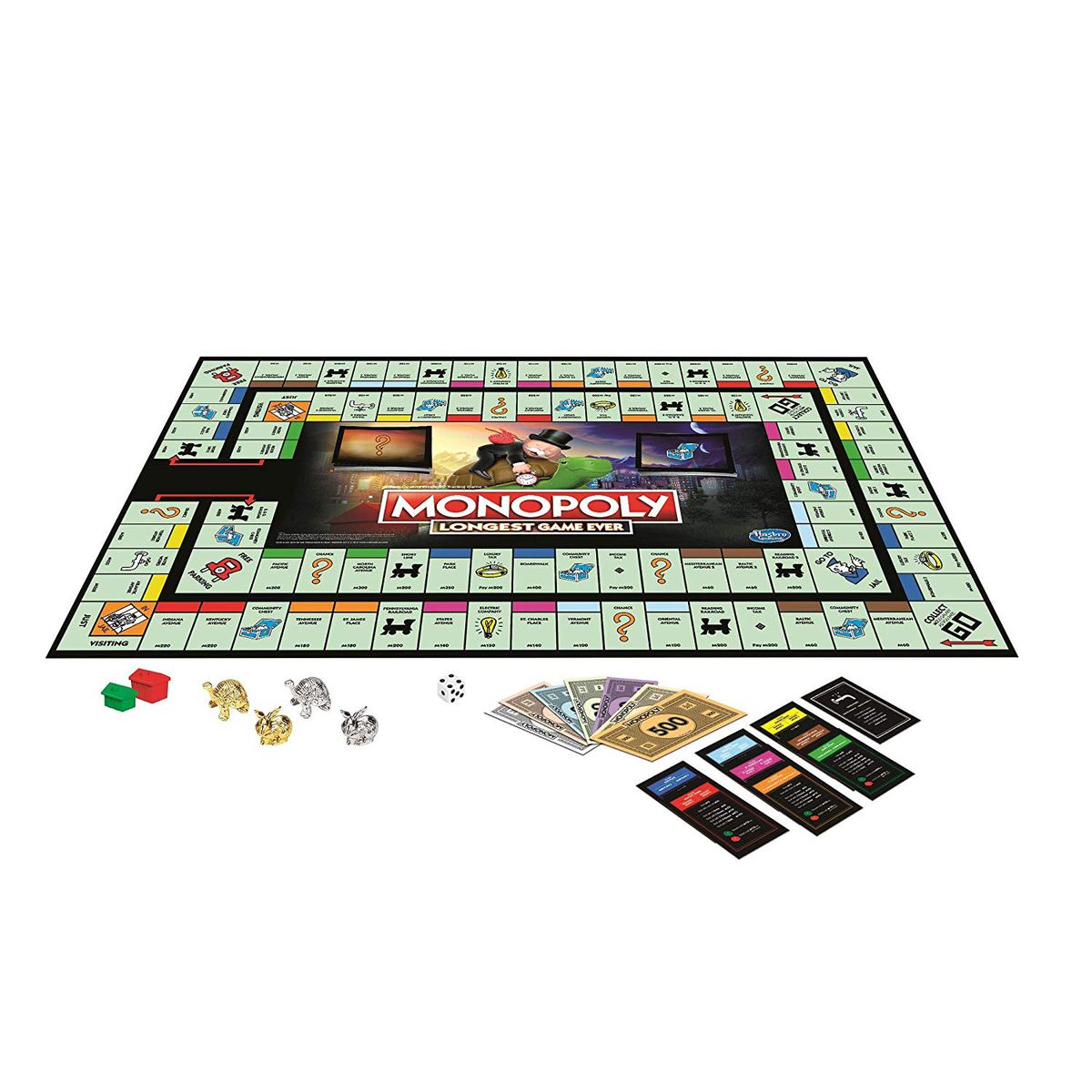 I kind of want to play this because I actually enjoy playing Monopoly. My sister and I played it a lot growing up (where she taught me very valuable lessons about not trading away properties too soon), and I even competed with some high school friends for real money one summer. I think it would be worth it to suffer through one days-long round of this game just for the all-time bragging rights the winner would have at the end.

Gimmicky versions of Monopoly have always been a thing, and Hasbro has been more willing to poke some fun in recent years with versions like Monopoly for Millennials and Monopoly Socialism: Winning is for Capitalists. But I contend that the best version of Monopoly is Star Wars: Episode 1 Edition — not only because of its glorious source material but also because the property cards were built directly into the board, and there were dedicated slots where you could build your houses and hotels. They were fantastic quality-of-life improvements that I am stunned haven’t been rolled out in more versions. Also I was 11 when I got it.

In short, my Strong Monopoly Opinions are why I deserve to be subjected to the hell that will be Monopoly Longest Game Ever, and I hope I can play it someday.

A Scott Pilgrim anime adaptation is reportedly in development for Netflix

Google crackdown means you won’t be able to buy Barnes &...