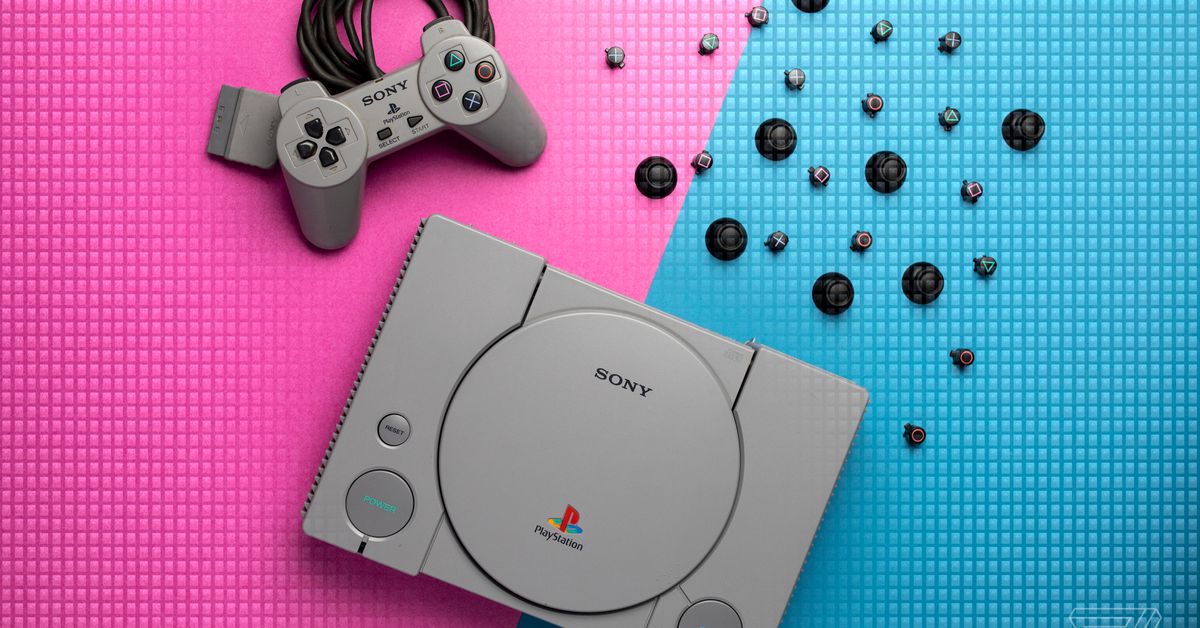 The original PlayStation was Sony’s first home console, but it came out swinging with countless classic games released during its lifespan. From well-known titles like Final Fantasy VII, Resident Evil, Crash Bandicoot, and Metal Gear Solid to slightly more obscure cult hits like Parasite Eve and Legend of Dragoon, the PS1 was where you went for a vast, eclectic library of games that you couldn’t find anywhere else.

To celebrate the device’s 25th anniversary, it’s time to dust off a few of these games. Thankfully, you don’t have to buy original PlayStation hardware to play the classics below. The discs will also work in a PS3, which is Sony’s only console that’s compatible with all PS1 games. Almost all of them have digital copies available that can run on the PS Vita and PSP, too, if you still have one of those. When applicable, I’ll also mention if there is a modern platform where each game is available. (I’m also not going to suggest picking up the PS Classic mini console unless it’s the most financially feasible option. As my colleague Andrew Webster discovered, it’s not the most loving tribute to the classic console.)

Here are the best ways to play the classics in 2019.

Square Enix’s legendary RPG franchise made a big splash on Sony’s first home console, and the developer followed that up with several exclusive titles during its tenure. At the time, you couldn’t find the likes of these classics anywhere else. Of course, most of them are available on more consoles, and that’s good news for anyone who wants to play them, but especially so for Xbox One players who will get access to many Final Fantasy titles (including the ones below, sans Tactics) with a Game Pass subscription in 2020.

The 1999 game that arguably popularized the stealth action genre (and its creator, Hideo Kojima), Metal Gear Solid is fairly easy to come by if you own the right consoles. You can purchase the PS1 discs at GameStop for $11.99 to play in your PS1 and PS3.

Metal Gear Solid: The Legacy Collection for PS3 (it’s not backwards compatible on PS4) is another way of getting your hands on the original title if you also want every other MGS title that was released up to 2007 when Metal Gear Solid 4: Sons of the Patriot debuted. It’s $29.99 at GameStop for a pre-owned copy.

Here’s another option: you can download a digital copy of the game from the PS Store for $9.99, though it will work only on the PS3 and PSP.

Perhaps no other game on this list has had a wider distribution across consoles and a remake treatment as the original Resident Evil. Originally released on the PlayStation in 1996 (available from GameStop for $7.99), it was first remade for the Nintendo GameCube in 2002, then again for modern consoles, including the Nintendo Switch, Xbox One, PS4, and the PC.

Resident Evil 2 had a big rerelease, essentially a complete makeover, in early 2019 on the PS4, Xbox One, and PC. If you’re looking for a more modernized version of the story told in RE2 (packed with quality-of-life tweaks, excellent graphics, and better controls), my colleague Sam Byford recommends it heartily. But if nostalgia is gripping you, GameStop sells the PS1 version for $14.99. There’s a GameCube version available from GameStop for $39.99. The PS Store sells a $5.99 digital copy of the original game that plays on PS3, PS Vita, and PSP.

Resident Evil 3: Nemesis is, for the time being, only available on a few consoles. It launched originally on the PS1, and GameStop sells copies for $11.99. It’s also available physically on the Nintendo GameCube for $39.99 at GameStop. Otherwise, you can pick it up digitally from the PS Store (playable on PS3, PS Vita, PSP) for $5.99.

Sony’s rhythm games featuring quirky, memorably paper cutout characters singing oddball lyrics earned them a place on this list for obvious reasons. They’re still fun and original by today’s standards, and with the swell in popularity of music games in the aughts, they never really left the conversation.

More people know about PaRappa the Rapper, featuring a rapping puppy dog wearing that signature orange beanie that I always think about buying, but Um Jammer Lammy is equally memorable with its guitar-based music. Um Jammer Lammy gets you the best of both worlds since one player can rap to that game’s songs with PaRappa in multiplayer.

Castlevania: Symphony of the Night

Widely regarded as the best Castlevania game, and one of the best 2D action platformers ever made, Symphony of the Night has had its share (putting it lightly) of rereleases on modern consoles since its 1997 release.

Picking up an original copy for PS1 at GameStop is expensive ($49.99). This game is bundled with Rondo of Blood for PS4 in the double-pack called Castlevania Requiem. That’s $19.99 to download from the PS Store. Alternatively, the PS Store also sells a $9.99 copy of the standalone game for the PS3, PS Vita, and PSP. For Xbox One gamers, the Xbox 360 Arcade version of the game is available for purchase at $9.99 via Microsoft and is backwards compatible on Xbox One.

The sequel to the legendary SNES RPG, Chrono Trigger landed on the PS1 in 1999, and unlike the others, it hasn’t made its way to a plethora of other consoles. As someone who only recently finished Chrono Trigger for the first time in the past few years, I’ve been anxiously awaiting news that this game might see its way to newer consoles. Looks like we’ll have to keep waiting.

GameStop’s current price for the game is a reasonable $7.99, and, as mentioned before, PS1 discs are playable on PS3. The PS Store also sells a digital copy for $9.99, which is compatible with the PS3 as well as the PSP and PS Vita.

Capcom struck gold with Resident Evil, and later, it brought its tank controls, realistic prerendered backgrounds, and jump scare know-how to a sci-fi world filled with dinosaurs. The team hit its stride with the sequel, Dino Crisis 2, which released in 2000, late in the PS1’s lifetime.

Compared to some others on this list, the Dino Crisis series has remained a bit stuck in time. Aside from Dino Crisis 3 on the Xbox, you won’t find rereleased games on a myriad of other consoles. Still, both games are worth playing if you’re able to run them. Dino Crisis is available on disc from GameStop for $7.99 and digitally from the PS Store for $5.99. Dino Crisis 2 costs $19.99 from GameStop, and the PS Store has it digitally for much less, just $5.99. Both games support the PS3, PS Vita, and PSP.

Naughty Dog’s Crash Bandicoot quickly became the stand-in mascot for the PlayStation brand when it debuted in 1996. If you’re looking to get your fix of Crash’s bouncy platforming, there are several ways to go about doing that. The most unique method isn’t by purchasing a Crash Bandicoot game; it’s by playing it within Uncharted 4: A Thief’s End. Early in the game, Nathan Drake boots it up, and you can play the first level (which might be all the Crash you’ll need) within the game itself.

Otherwise, the main Crash games have been remastered in a collection (containing the first game, Cortex Strikes Back, and Warped) released on the PS4, PC, Xbox One, and Nintendo Switch, each for around $30. If you’re after digital versions, the PS Store has each game priced at $5.99, but the compatibility is limited to the PS3 and PSP, giving the PS Vita the boot.

There are countless classics beyond the ones that we’ve listed here, and thankfully, you can go about getting them in similar ways. If you don’t want the original PS1 discs, you can alternatively download a digital copy from the PS Store that will work on a PSP, PS Vita, or PS3. More PS1 classics are making their way to the Nintendo Switch, so keep a look-out there, too.

First look: Cowboy proves that e-bikes with removable batteries can be beautiful

The T-Mobile / Sprint merger should be stopped, say antitrust experts