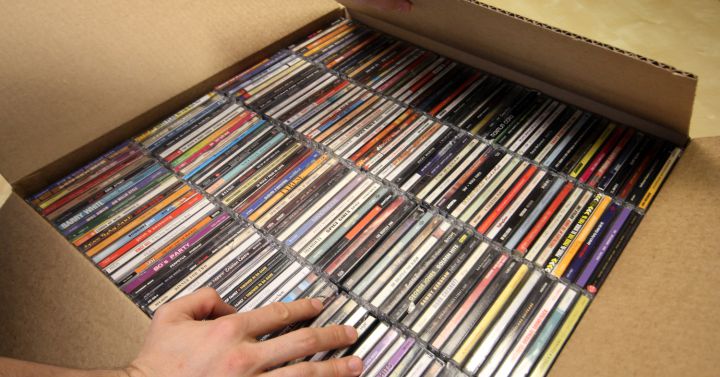 Last month, almost a million CDs stored in Wisconsin seemed to disappear. For years, thousands of people paid a Madison-based company, named Murfie, to rip, stream, and store their CDs, vinyl, and cassettes. But a few weeks ago, Murfie’s website went offline and nearly all communication from the company ceased. Now, customers fear their physical music collections may be lost forever.

Murfie’s main service was digitizing people’s audio CDs for high-fidelity cloud playback. You’d mail in your collection, Murfie would rip them to the cloud, and if you kept paying a storage fee, Murfie would hold onto your physical collection and even let you buy and sell with other users. For nine years, it had done that. But late last month, the service stopped, and customers who went to the website found it had gone offline.

Customers had no idea their collections were in danger since the company had acted as if everything was fine. As Tone Madison reported, Murfie asked people to re-up their membership as late as November 17th, just five days before it sent out an email saying it had “ceased operations.”

In the days after, customers started to realize Murfie was missing. They could no longer stream music, and emails went unanswered. Even the former CEO didn’t know who was responsible. Whatever was left of Murfie as a company had totally dissolved.

Customers had always expected to get their discs back

Customers had always expected to get their discs back — it was part of the company’s promise. “I went back and looked at the terms of service,” says Arik Hesseldahl, who paid Murfie to rip and store 668 CDs. “Those CDs are my property. And they even include a line that says if they fail, you still own your CDs.” The most recent version of Murfie’s terms of service said that if Murfie goes away, the company is still on the hook for “returning your CDs, vinyl, and cassettes to you,” so long as you pay its typical shipping fee.

Even Murfie’s co-founder Matt Younkle was a customer until the site shut down. “There was always something comforting and familiar about having my exact collection available, forever, in its original quality,” Younkle says. “Now that Murfie is gone, listening to my CDs is about to become a lot less convenient.”

Younkle left in 2015. Murfie’s last CEO, Rex Mangat, departed in September, and found out the company closed down the same way customers did: an email.

Now with no website and no CEO, customers can’t figure out who to complain to. “It’s like nobody wants to take ownership of this,” Hesseldahl says. In a blink, Hesseldahl’s lifelong CD collection was gone, and there was no one accountable.

“It’s like nobody wants to take ownership of this”

Younkle told The Verge that WISC Partners, a VC firm that invested several times in Murfie, would know the most about what happened. The firm declined to comment. A person familiar with Murfie’s funding said it was widely known it had been in financial trouble for years. They said a new CEO was put in place, the company was reorganized, and varied mergers and acquisitions were pursued. But it wasn’t enough.

At the beginning of the decade, Murfie had more of an appeal: high-res streaming wasn’t common yet, and nearly every household had boxes of CDs and vinyl. But by 2019, physical media was outmoded and high-fidelity streaming became competitive, especially with the entrance of Amazon Music HD. As a result, the new customer pool dried up along with fresh investment dollars.

It turns out, customers were given some warning about their collections disappearing — but you can’t blame them for missing it. An email was sent on November 22nd telling customers Murfie was shutting down and to await instructions on how to get their stuff. Those instructions came a week later, on Black Friday, when a second email said customers had four days to claim their collections or they’d be marked “abandoned.” Not only that, but they’d have to pay a shipping fee over 10 times higher than Murfie’s normal return cost in order to get back their discs. A third email on December 2nd extended the deadline to December 5th, and said there might be one or two in-person pickup days scheduled for those in Madison “if we can obtain the permission of the landlord.”

One person who stored 10,000 CDs with Murfie missed the deadline and had over $400 in his account from sales on the platform that won’t be returned. “The financial impact for me is significant,” they wrote on a forum. “I’m beside myself right now so please chime in if you have any ideas.”

Hesseldahl decided the ask was too expensive and has come to terms with the idea that his collection is gone. “It would have been over $400 to get my CDs back,” he says. “It stinks.”

While Murfie’s business model probably wasn’t going to work far into the future, it also didn’t have to end in agonizing failure. Telling customers on a holiday weekend they need to pony up inflated fees ASAP or lose their CDs and vinyl is a racket that only looks out for the creditors picking up Murfie’s pieces. Whoever’s now in charge even seems to have violated Murfie’s terms of use by not returning discs, changing return rates, and refusing to refund customer credits. They appear to be betting the average person probably doesn’t have the resources to sue, or won’t bother to sue over a few hundred dollars’ worth of CDs.

A tipster says Murfie customers still trying to get their collections back can try emailing cdreturns2u@gmail.com, which is monitored by people connected to Murfie who are still hoping to return discs.

Drone Use in Today’s Society: From Analytics to Emergency Response