Star Wars: The Rise of Skywalker is so inescapable that it’s even started invading video games. This afternoon, director J.J. Abrams stopped by a unique location to show off a new clip from the movie: Risky Reels, the drive-in theater on Fortnite’s virtual island. It was a unique promotional event for the film, which naturally ended with a lightsaber duel.

The event opened with Abrams arriving on the Millennium Falcon, amidst a battle with some TIE fighters and a few Star Destroyers. There was even an in-game avatar that looked remarkably like the director. After a bit of a preamble with host Geoff Keighley — best known as the host and creator of The Game Awards — a massive floating display appeared. The brief, exclusive clip of Rise of Skywalker featured heroes Rey, Finn, and Poe, and after it was over — and Abrams took off in his spaceship — things slowed down, while a Darth Sidious voiceover talked about the “day of the Sith.” 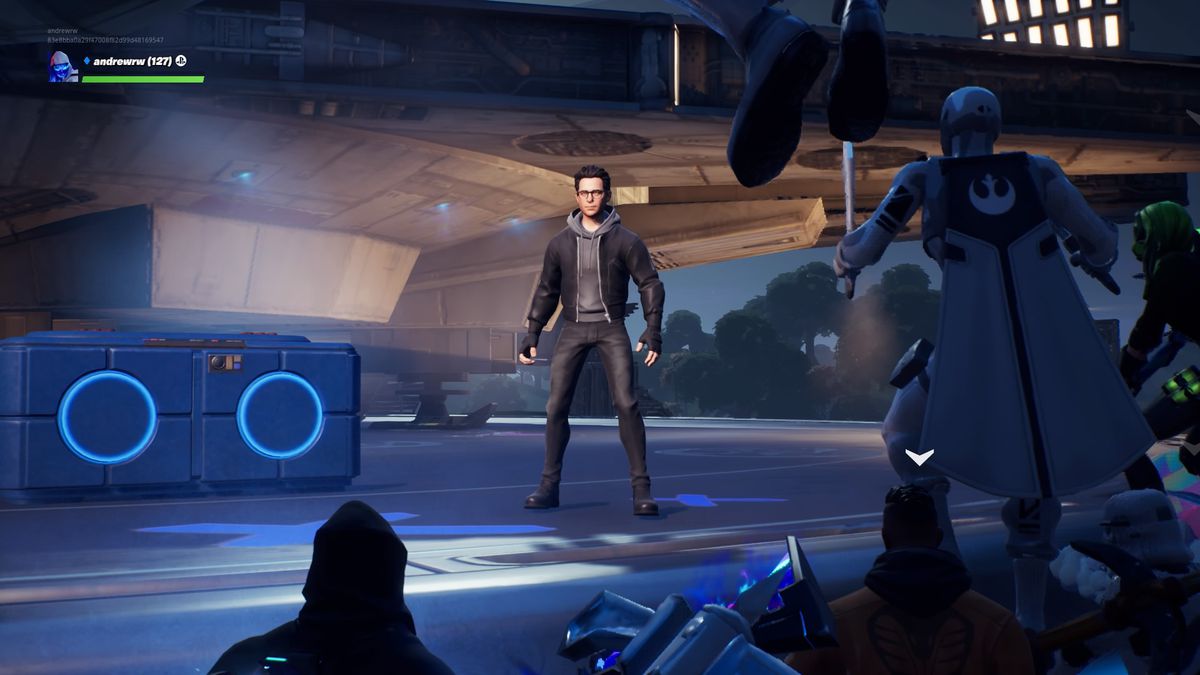 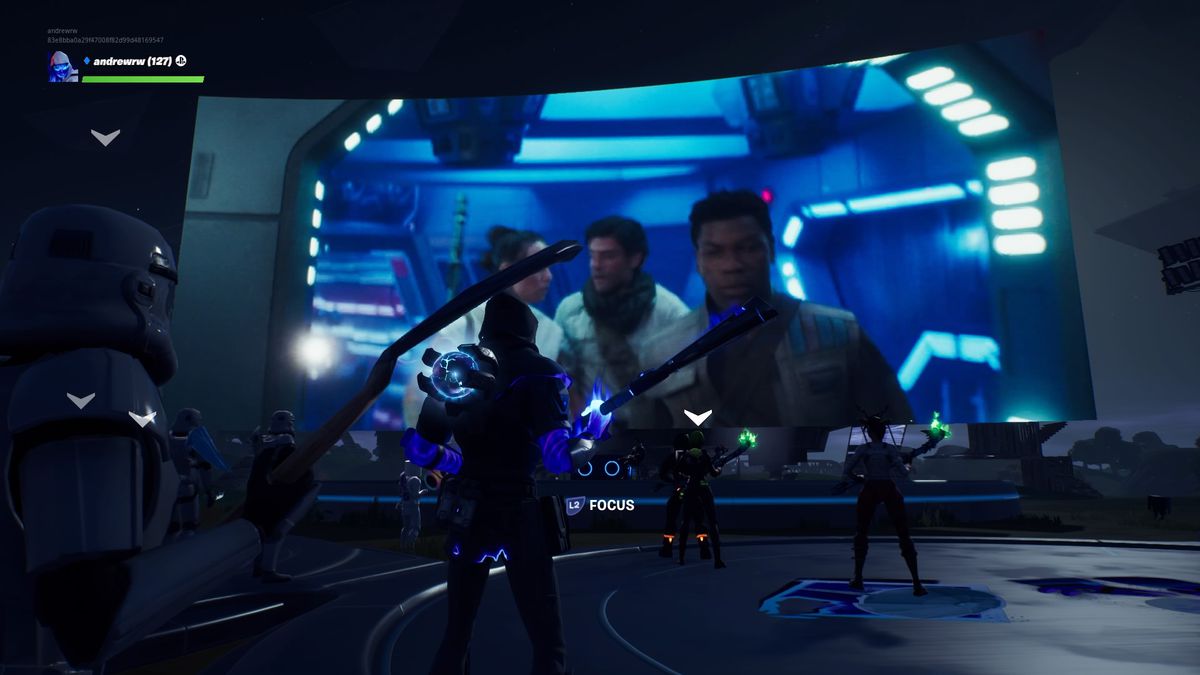 At the very end, players were also able to vote on their favorite lightsaber color. It wasn’t just for fun — lightsabers are now in the game. A new set of Star Wars-themed challenges have also been added, with unlockable items including a Jedi training emote.

Epic has been teasing the event for around a week, starting by placing posters at various locations on the Fortnite island. As recently as Friday evening, there were trucks at Risky Reels, as the virtual stage was still under construction. Due to the high level of players trying to get in, the event was pushed back by 10 minutes from its original 2PM ET runtime — though everyone who attended on Saturday afternoon received a free TIE fighter to use in-game as a glider.

Fortnite has slowly been ramping up its Star Wars promotions since November when stormtrooper character skins were available in-game. This week, things went a step further with skins based on Rey, Finn, and a new Sith trooper from The Rise of Skywalker. It’s not the first time developer Epic has partnered with a blockbuster film franchise: Fortnite has featured skins and events based on everything from John Wick to The Avengers.

Abrams’ appearance also isn’t the first time a celebrity has stopped by the game. Back in February, Marshmello performed a concert inside of Fortnite, which Epic later said was the game’s biggest event ever, with more than 10 million people attending in-game and millions more watching via services like Twitch and YouTube.

Star Wars: The Rise of Skywalker will be out in real theaters on December 20th.

Lamborghini will debut its first all-electric supercar after 2025