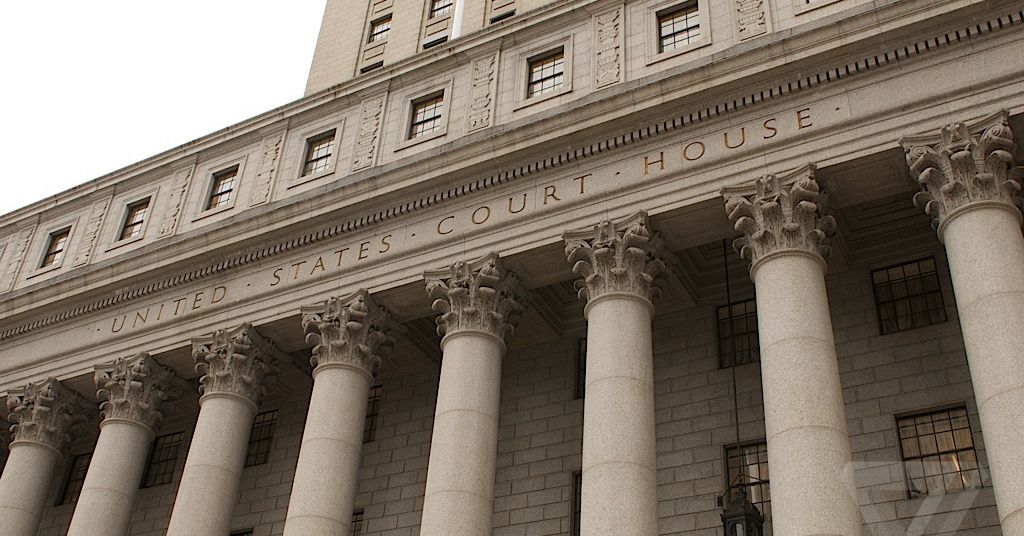 For two weeks now, the future of the American mobile broadband industry has hinged on a small courtroom in lower Manhattan, where carriers and regulators are squaring off over a plan to reshape the wireless business as we know it.

The third-largest carrier in the country, T-Mobile, is planning to merge with the fourth-largest, Sprint. Both the Federal Communications Commission and Department of Justice have cleared the $26.5 billion deal to proceed. The last hurdle is a federal lawsuit, filed by ten state Attorneys General in the Southern District of New York, accusing the merger of being anti-competitive. This is regulators’ last chance to stop the merger from going through, by proving that a merged T-Mobile will mean higher prices and worse service for wireless customers.

Judging by the scene at the courtroom, the people watching the trial most closely were investors. The benches were packed with private equity researchers — so many that the court had to set up an overflow room for the stragglers. (The biggest disturbance came on Wednesday, from the sentencing of the rapper Tekashi69 down the street.) The researchers seemed split on whether the court would move to block the merger — but when T-Mobile CEO John Legere veered off-message in the second part of his testimony, you could see them mentally updating the odds.

At the end of seven years, Dish will emerge as either a vital new wireless player or a misbegotten corporate husk

But while T-Mobile is the company on the docket, much of the proceeding has centered on Dish, an ambitious satellite television provider that would emerge from the deal as a slapdash fourth carrier. Everyone agrees that going down from four national wireless carriers to three would be bad for consumers, so as part of a deal with the Department of Justice, T-Mobile agreed to help Dish stand itself up as the new fourth carrier, effectively replacing Sprint in the market.

To make that work, Dish will combine Boost Mobile (currently owned by Sprint) with its various preexisting spectrum holdings, and build a new 5G network, while serving existing customers by piggy-backing on T-Mobile’s network for the next seven years. At the end of that seven years, Dish will emerge as either a vital new wireless player or a misbegotten corporate husk, depending on who you ask. But the viability of that Dish-Boost hybrid has taken center stage as T-Mobile and Sprint seek to push their merger over the final hurdle.

In simple terms, the states argue the merger will reduce competition, and as a result, is illegal under the Clayton Act, a federal law that forbids any merger whose effect “may be substantially to lessen competition.” The state AGs also claim the lack of competition will result in higher prices and worse service after the merger goes through — but for legal purposes, all they really need to show is that the market will be less competitive after the merger.

“Sprint doesn’t want to be in the business,” says Dish. “We do.”

According to the states, that’s an easy case to make, since three carriers offer less competition than four, and they’re skeptical that the new Dish will provide much competition. As New York Attorney General Letitia James put it at the launch of the trial, “the megamerger of T-Mobile and Sprint would reduce competition in the mobile marketplace and be bad for consumers, bad for workers, and bad for innovation.” (Dish and Sprint declined to comment, citing the ongoing case. T-Mobile did not respond to a request.)

But when he took the stand on Wednesday, Dish founder Charlie Ergen painted a very different picture. Where Legere had been testy, the Tennessee-born Ergen was all bluster, trying to project an almost primal desire to compete in the wireless business. As Ergen laid it out, the combination of the sweetheart T-Mobile access deal, Boost Mobile’s customers, and a $10 billion fundraising spree will put the future Dish wireless service on equal footing with the other carriers, a position that will only improve as the carrier rolls out 5G coverage. He pledged to have full 5G coverage in at least one city by next year, escalating to more than 100 cities by 2022.

“We do believe Dish can be a competitor of significance,” Ergen told the court. “We will compete with the largest wireless operators in the US from day one.”

Not everyone is convinced by Ergen’s bluster. Economists have been publicly skeptical of Dish’s plans, most notably in a working paper filed in a different proceeding in October. Those economists are skeptical that Dish will actually build the proposed 5G network, given that it’s more profitable to coast along on the MVNO deal and eventually sell off its spectrum holdings for a higher price.

As economist Hal Singer told The Verge when the report was first released, “any rational firm in Dish’s position would sooner milk the cushy access arrangement, pay the penalties for not building out, and then flip the spectrum back to an incumbent carrier before incurring the massive investment costs to build out.”

On the stand, Ergen rejected that logic, saying it simply wouldn’t make economic sense for Dish. “If we didn’t” build out the 5G network, Ergen told the court, “we’d be writing off $12 billion in assets and subject to $2 billion in fines. It would be financial suicide.”

But even if Dish follows through on the Justice Department’s buildout goals, critics say it wouldn’t come close to filling Sprint’s shoes for the foreseeable future. Dish would face all of the same problems Sprint has with deploying 5G, and few of the same resources.

“Dish will have a subscriber-base that is multiples of ten smaller than what Sprint already has,” Phillip Berenbroick, policy director at Public Knowledge told The Verge. “You’re essentially asking Dish to fill Sprint’s shoes, but its footprint will be significantly smaller than Sprint’s nationwide footprint.”

“Our airwaves belong to the public”

And according to testimony from Saul Solomon, the states’ expert financial witness, Sprint would carry on just fine as a “standalone company without the merger.” (On T-Mobile’s side, former Sprint CEO Marcelo Claure seemed to agree with this assessment.) When it comes to T-Mobile, one of the company’s main concerns has been a lack of spectrum to compete with AT&T and Verizon. But many of the same bands it would get from Sprint are going up for auction later next year, including midband options that are the “sweet spot” for 5G, according to Berenbroick.

The trial has also dug up some unusual behavior by the Department of Justice in arranging the deal. Antitrust chief Makan Delrahim appears to have taken an active role in pushing for the remedy, going so far as to give Ergen his personal email and encouraging the founder to lobby individual Senators for FCC approval of the merger. “Today would be a good day to have your Senator friends contact the chairman,” Delrahim texted to Ergen in May, an apparent reference to FCC Chairman Ajit Pai. It’s an unusual role for an antitrust official to play in a merger, and has only fueled suspicions that Dish’s proposed 5G network may be a prop to speed the merger through.

But while there were plenty of doubts raised, there hasn’t been any slam-dunk evidence of anti-competitiveness, and it’s anyone’s guess how the judge is viewing Dish’s proposed role in the merger. Both parties are pushing for a verdict before Christmas, but with a number of procedural motions still in the air, it’s difficult to say if they will be able to keep to that schedule.

For state AGs, the strategy has been to simply hammer home the inevitable results of consolidation — higher profits for the big carriers, and fewer options for the average consumer. “Today we stand on the side of meaningful competition and affordable options for consumers,” said California attorney general Xavier Becerra. “Our airwaves belong to the public, who are entitled to more, not less.”

If your Cyberpunk 2077 save file becomes too big, it might get corrupted

GlobalFoundries sues TSMC, looks to ban US imports for Apple and Nvidia chips

The T-Mobile / Sprint merger should be stopped, say antitrust experts