Sony’s latest Android phone, the Xperia 5, deserves better than its going to get. It is a very capable, very good-looking phone that will — and in some ways already did — get lost in the shuffle of phones with bigger marketing budgets and better US carrier support.

That’s too bad because while the Xperia 5 has some problems and probably wouldn’t be my first recommendation to most people, there are surely some who would be into what it has to offer. The Xperia 5 has a nearly unique way of solving a problem we made for ourselves. We want big-screened phones, but they’re too big to use with just one hand. Sony’s solution is to make the phone very narrow and tall.

I say “nearly unique” because the Xperia 5 is the slightly smaller follow-up to the Xperia 1. When I reviewed the very tall Xperia 1 earlier this year, I found it to be a fascinating phone that did better than I expected at the things Sony usually does badly: camera and software.

Unfortunately, the Xperia 1 did exactly what I expected from Sony: cost too much. The Xperia 5, luckily, doesn’t cost too much. It’s priced right at $750 unlocked in the US. 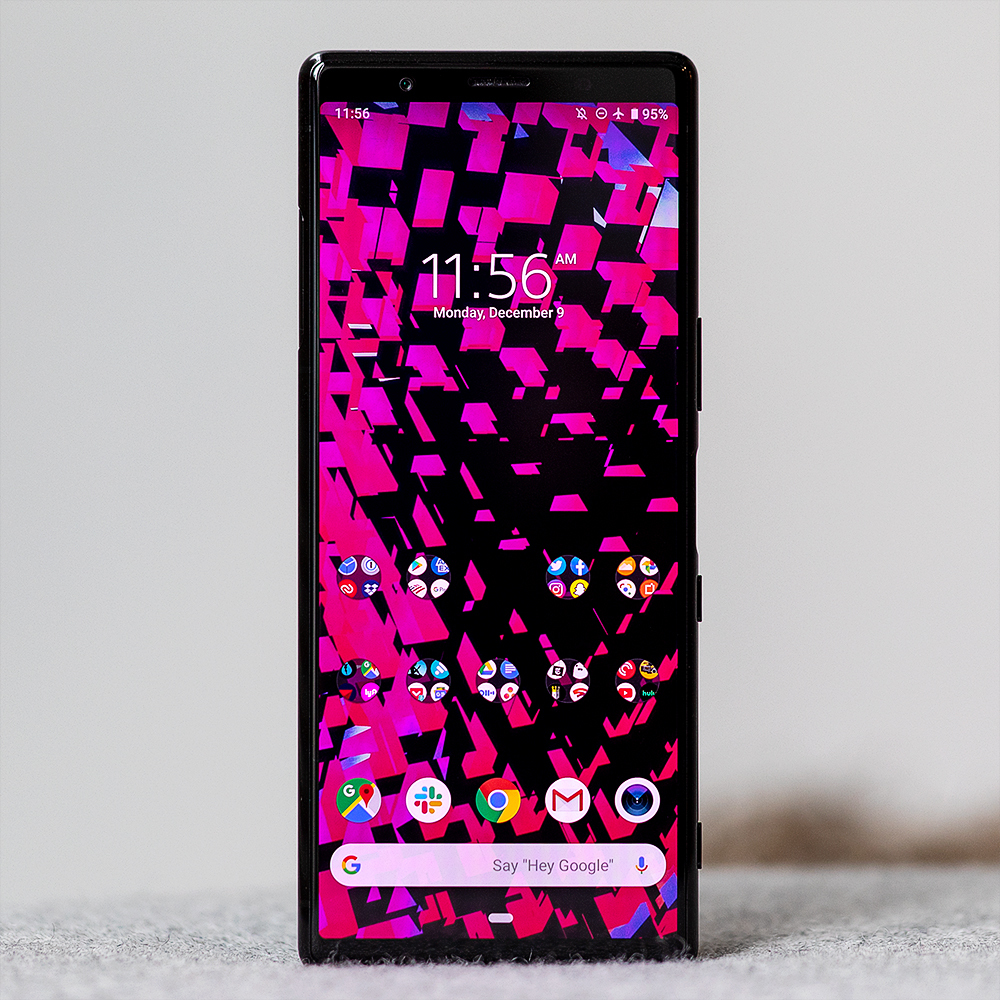 The Xperia 5 has a 6.1-inch OLED screen, but in a 21:9 aspect ratio, so that screen is somewhat smaller than you might expect from the diagonal measurement. It’s a narrow, tall phone. That means it’s much more comfortable to hold in one hand. It’s also, at least in some cases, easier to use with one hand — though Sony hasn’t done the work Samsung has to shift important UI elements down to where your thumb can reach them.

The key selling point to me is that you get one of the benefits of a big screen — a lot of content with less scrolling — in something I enjoy holding. Sony’s pitch is that it’s better for watching movies, but I haven’t found it to be any more immersive.

Even though it’s narrow, nobody will mistake this for a small phone. It will still not fit in small pockets without sticking out. In fact, it’s not that much smaller than the Xperia 1 and I can’t help but wonder why Sony bothered making both.

Build quality is good. It’s not quite up to Samsung or iPhone levels of fit and finish, but I think it’s a more pleasing object with better build quality than most OnePlus phones.

Sony puts all its buttons on the right side of the phone, which is odd because there are more of them than you’re used to. In addition to volume and power, there is a separate fingerprint sensor on the side and a dedicated camera button to launch it and take photos.

Most of those buttons do exactly what you’d want — and I especially think the camera button is great, with a traditional two-stage press for autofocusing. Unfortunately, the teeny fingerprint sensor seems less reliable than on the Xperia 1, which is to say it’s less reliable than most other unlock systems. It’s also weird that it’s not integrated into the power button itself.

Sony’s software isn’t great, but it stays out of the way if you just want regular Android 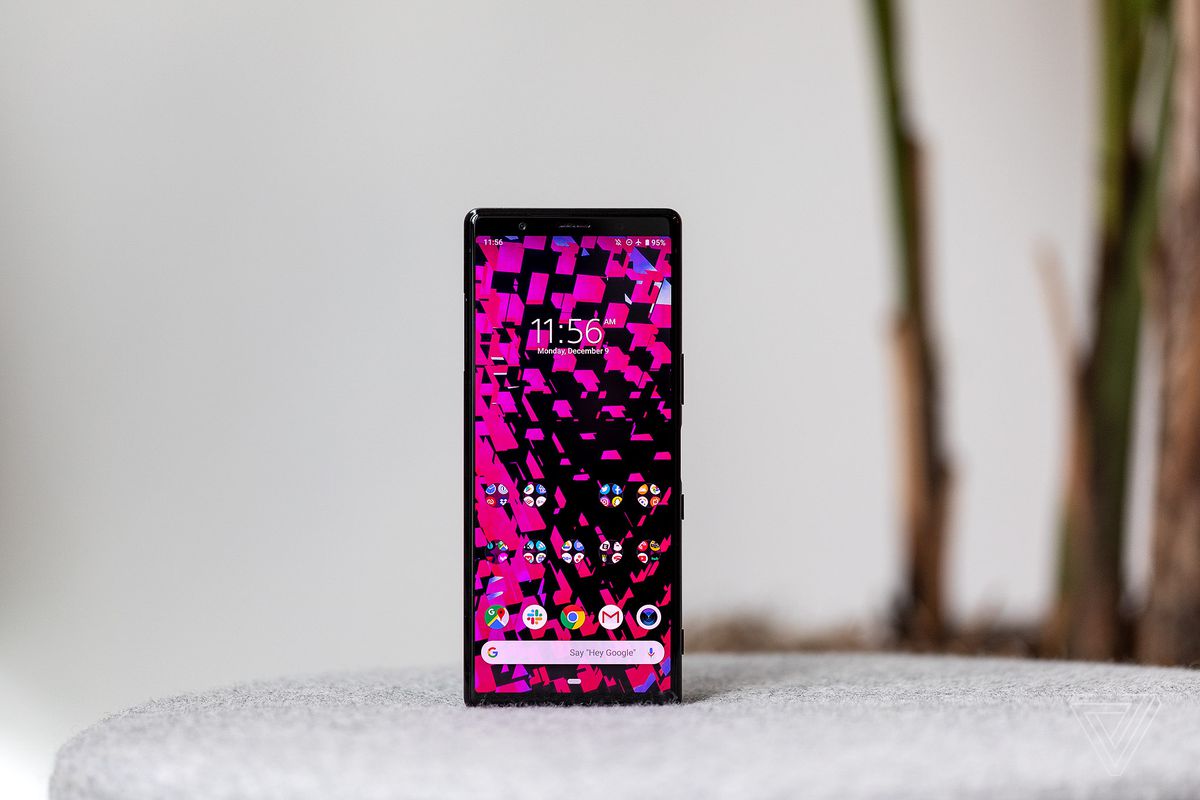 Sony has three lenses on the back of the Xperia 5: a regular, a wide, and a 2X telephoto. Image quality is decidedly average, which, in late 2019, is actually higher praise than you might expect. I still prefer images out of a Pixel, iPhone 11, or Samsung, but the Xperia 5 can hold its own against what I think is really its main competition, the OnePlus 7T. I don’t love Sony’s camera software, however. It makes it too difficult to switch between lenses and generally feels a little pokey.

Sony is taking another crack at creating a custom feature where you can tap the edge of the screen to make the phone do customizable things. It’s nearly impossible to actually activate when you want to and it always pops up when you don’t. The best part about it is that you can turn it off.

I went into much more detail on camera and software in my Xperia 1 review — pretty much everything there applies here.

On the bright side, Sony has delivered Android 10 on this phone in a relatively timely fashion. It runs Android well and I haven’t had to deal with any slowdowns. Battery life has also been enough to get through at least a day and has occasionally stretched to two when I was careful. I do wish it had wireless charging, though. 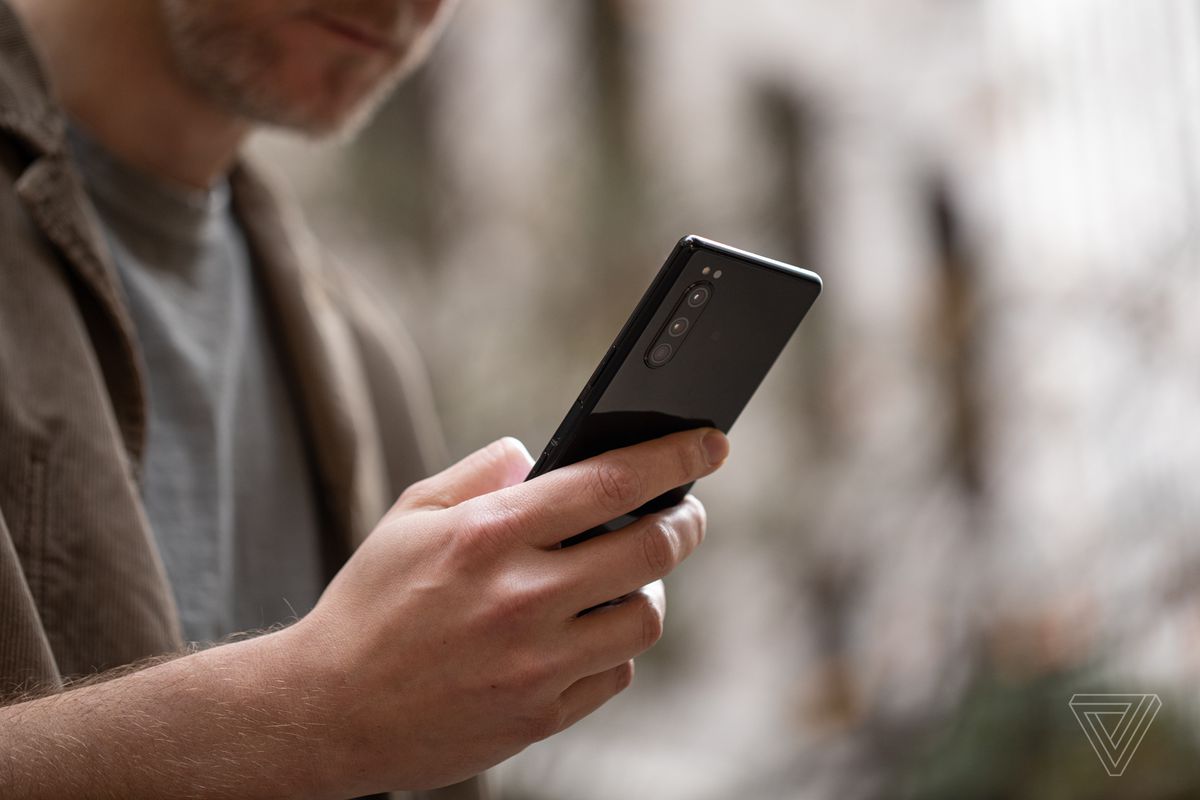 I like the Xperia 5; I enjoy using it mainly because it just feels much more ergonomic than other big phones. Though it doesn’t have any crushing problems, it also doesn’t really beat any other phones in any category except tallness. Is that really a good enough reason to spend $750 on this instead of on one of the many other excellent phones you could buy?

If you want a small Android phone, the Galaxy S10E is right there and usually available for the same price or even less. The OnePlus 7T starts at $599. The iPhone 11 has a much better camera and battery life for $50 less. There are so many deals on the regular Galaxy S10 that it’s not hard to find it for less than the Xperia 5.