Boeing’s new passenger spacecraft, the CST-100 Starliner, landed safely in the New Mexico desert this morning, bringing a swift end to a very rough debut flight to space. The space capsule, which didn’t have any people on board, was meant to spend up to a week in orbit and dock with the International Space Station. But a software problem during launch prevented the Starliner from reaching the station, and Boeing was forced to bring the spacecraft home after just two days.

Despite the troubles during the trip up, Starliner’s landing was otherwise flawless. The capsule took itself out of orbit at around 7:23AM ET on Sunday and plunged through Earth’s atmosphere to reach the surface below. After surviving temperatures of 3,000 degrees Fahrenheit, the vehicle then deployed three main parachutes to lower itself down gently to the White Sands Missile Range in New Mexico. As it touched down at the site, just before 8AM ET, the Starliner also inflated air bags to cushion its landing.

Despite the troubles during the trip up, Starliner’s landing was otherwise flawless

Demonstrating this landing capability was a big deal for the Starliner’s short, but critical, trip, as it shows that the spacecraft can come back from space safely. That’s key for the future, when Starliner does have people on board. Boeing developed Starliner as part of NASA’s Commercial Crew program, which aims to use privately made vehicles to transport NASA astronauts to and from the International Space Station. This first mission of the Starliner was meant to run the vehicle through all of its duties in space before astronauts climb inside for rides to the space station. 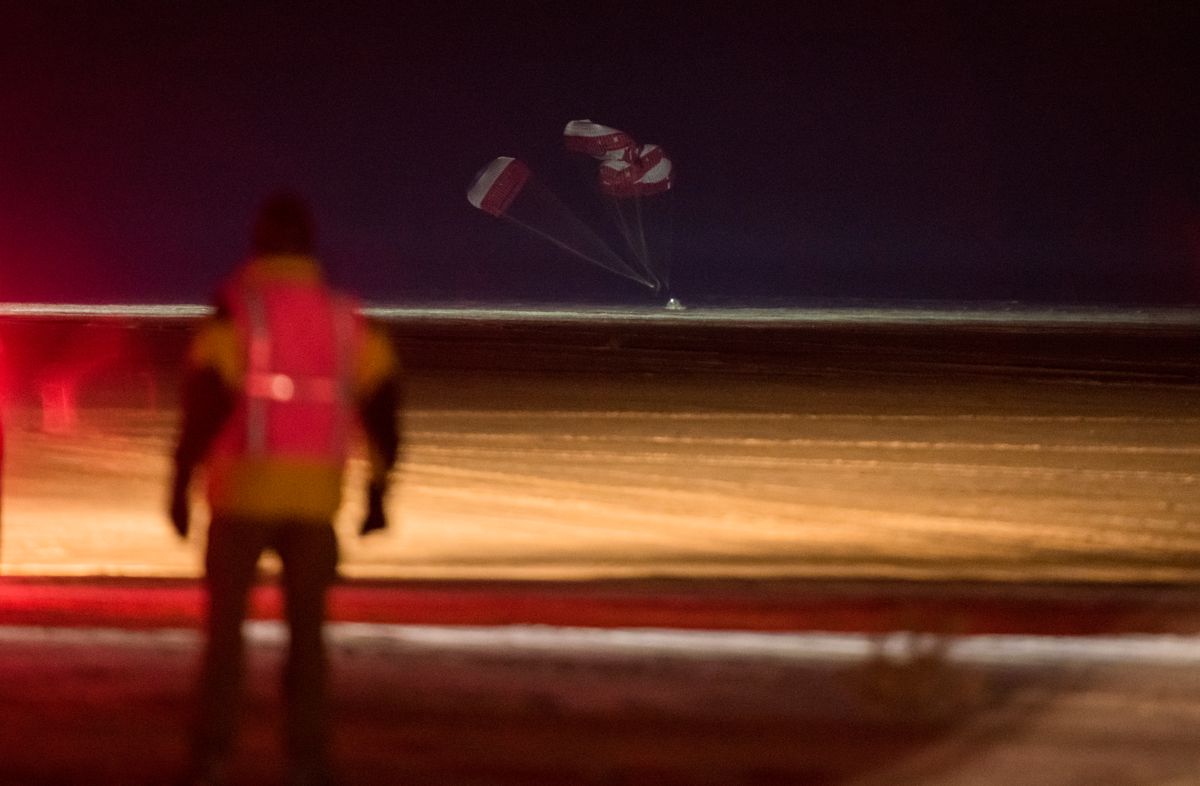 But due to the glitch during launch, Starliner didn’t get to demonstrate another crucial aspect of its mission: docking with the International Space Station. The capsule is designed to automatically approach the space station and attach to a docking port all on its own. That capability still hasn’t been performed, though, and it’s unclear if Boeing will have to fly another Starliner test mission without crew to show that it can dock with the ISS. Apparently, it’s not absolutely necessary to do a docking before people fly. “Both Boeing and SpaceX proposed a mission to do an uncrewed test flight that demonstrated a docking, so I would not say that’s a requirement,” Steve Stich, the deputy manager of NASA’s Commercial Crew program, said during a press conference after the launch. “It’s something that is nice to have. But I wouldn’t say it’s a requirement for crewed flight.”

Still it’s a very good sign that Boeing was able to bring the Starliner back after a mishap, since that might be a matter of life or death in the future. Ultimately, an improperly timed clock is to blame for the capsule’s unexpected performance. Just after launching to space, the Starliner was supposed to perform a much-needed engine burn to put it en route to rendezvous with the space station. But the capsule’s internal clock thought it was a different time than it actually was, preventing the vehicle from performing that ignition. Supposedly, the Starliner “grabbed” the wrong time from the Atlas V rocket it had flown on to space. As a result, the capsule didn’t make it to the orbit it needed to reach and meeting up with the space station was no longer an option for this flight.

Boeing decided the best course of action was to bring the Starliner home early and run through all the motions of landing. There was some concern about landing, too, since a previous test of Starliner’s parachutes didn’t go exactly as planned, either. In November, Boeing tested a critical system on the capsule, which entailed landing the vehicle in the White Sands desert afterward. Only two of the three main parachutes deployed during the test, as one of the chutes hadn’t been attached properly. The capsule still landed safely, but there was concern a similar failure might happen again today.

Boeing ensured the public it had fixed that problem, and all three parachutes performed as expected this morning. Once the vehicle touched down at White Sands, a full team of personnel drove out to greet the capsule. Boeing has various color-coded teams that are responsible for checking out the vehicle when it gets back, to make sure there’s no concern of contamination from some of the propellant and to extract future crews from the Starliner. No humans were on board this flight, but there was a smart mannequin named Rosie in one of the seats, equipped with sensors to gather data about the flight. Rosie didn’t get extracted, though, as the dummy was too heavy to take out.

Now that this Starliner is back, the capsule could be refurbished and reused for future missions. Boeing says that each Starliner can be reused up to 10 times if needed. The company claims it’s easier to reuse the vehicle since it’s designed to land on the ground and not in the ocean, where the salt water can be particularly damaging to spacecraft. In fact, the Starliner is the first US made passenger spacecraft that is meant to land on land.

NASA and Boeing will provide more details about the flight during a press conference at 10AM ET.

Mrs. America shows why the implosion of the Equal Rights Amendment...