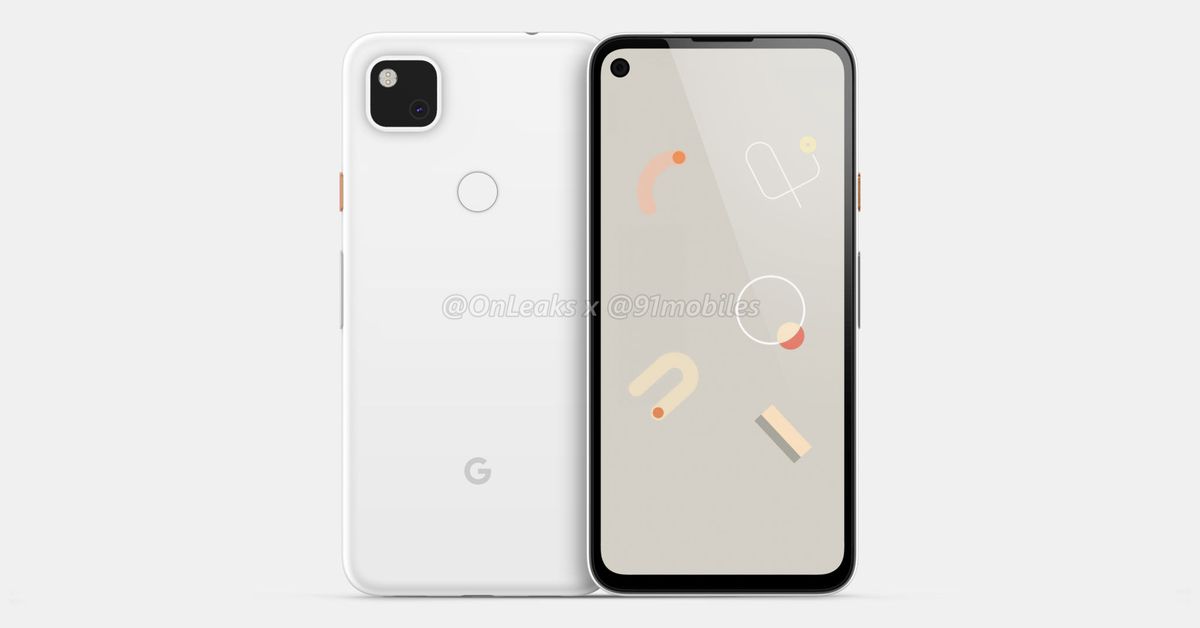 The Pixel 4A could be Google’s first phone to feature a hole-punch display, new renders published by 91Mobiles claim. The unofficial renders, which are based on information provided by leaker OnLeaks, show what could be an unannounced budget version of the recently released Pixel 4, similar to the Pixel 3A that followed last year’s Pixel 3.

The design appears to combine elements of both the Pixel 4 and the 3A. The 3.5mm headphone jack from the 3A returns, as does the bottom-firing speakers and rear-mounted fingerprint sensor. Meanwhile, the square camera bump from the Pixel 4 also makes an appearance here. However, while the Pixel 4 included two sensors on its rear, the renders claim that the 4A will have just one. The 4A will reportedly come with a 5.7 or 5.8-inch screen, which is a tad bigger than the 5.6-inch display found in the Pixel 3A.

There’s no word on whether the Pixel 4’s Project Soli motion-sensing technology will be included. However, since the render shows the 4A with a much smaller top bezel than the Pixel 4, the technology would have needed to shrink significantly in order to fit. Given that the selling point of the Pixel 3A was its budget price, this feels unlikely.

According to 9to5Google, the Pixel 4A is expected to be revealed at a similar time of year to the Pixel 3A, which means that we could see it in May 2020. The Pixel 3A was one of our favorite midrange phones of this year, and the 4A could make for a great successor if Google manages to hit a similar price point.

These are unofficial renders, so there’s no guarantee that the final phone will end up looking like this. It’s also worth noting that Google hasn’t officially confirmed that the device exists in the first place. However, given the information comes from OnLeaks, who was behind accurate pre-announcement leaks of the iPhone 11 and Note 10, there’s a good chance they could be accurate.

The Democratic Debate That Wasn’t: How Tech Could Help Elections