Sex tech is formally allowed on the CES show floor this year after years of banishment. While that finally puts sex tech companies on the same playing field as the tech giants, it doesn’t mean they’re treated identically: companies that show off sexual wellness products not only have to agree to follow CES’s standard contract and rules but also a separate sex toy addendum.

The Verge obtained a copy of these rules, which haven’t been previously published in full. The rules restrict how products can be promoted, the language that can be used, and the imagery that can be shown.

At the top of the addendum, the Consumer Technology Association, which hosts the show, reminds exhibitors that CES is a “respectful environment” and says that its guidelines must be considered when designing booths and promotional materials. It also notes that all booth designs and graphics must be submitted for prior approval. The rest of the document, which was created with input from some exhibitors, like sexual wellness company Lora DiCarlo, mostly focuses on sexual language and visuals. We’ve published the entirety of the rules here.

Some of the restrictions include:

The exhibitors on the floor seemingly all obeyed the rules, and those who spoke with me said they didn’t have a problem doing so. The CTA wouldn’t comment when asked if it had to enforce the rules once the show started, but it did issue a broader statement about the requirements.

“After CES 2019, CTA started some important conversations internally and with external advisors,” a spokesperson said in an emailed statement. “We decided to include tech based sexual technology products at CES 2020. As we do every year, we will follow our standard policies and procedures following this year’s show to determine next steps.”

The convention was opened up to sex tech this year in response to backlash the CTA faced in 2019 for kicking Lora DiCarlo out of the show, after initially giving the company’s massager an innovation award. This year, “innovative” sex tech is allowed at the show on a “one-year trial basis,” which means these rules could be altered next year. 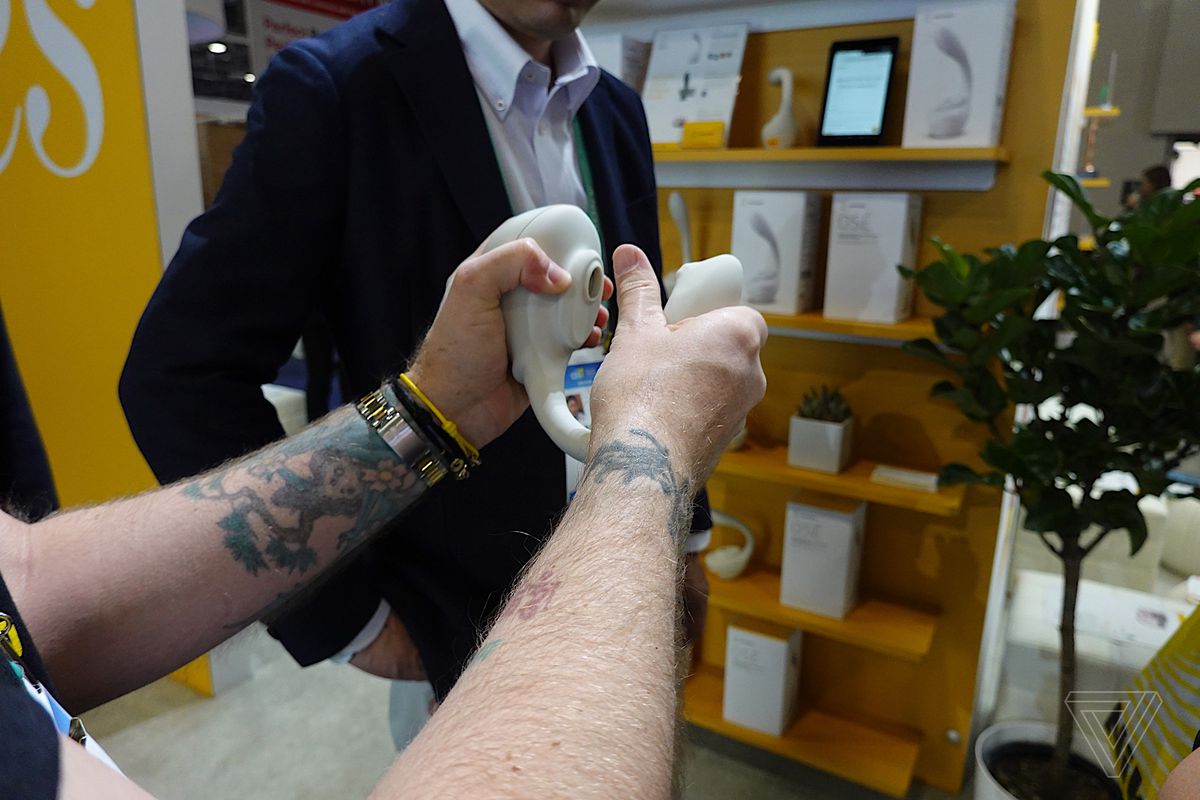 Soumyadip Rakshit, CEO and co-founder of MysteryVibe, says he and his team didn’t struggle with the CTA’s restrictions because they already exhibit at the European trade show IFA, so their booth is PG-13 enough for general trade show audiences.

But other exhibitors couldn’t demonstrate the entirety of their products. Lovense came to the show to demonstrate the Max 2, its Bluetooth-connected male suction device, which can be paired with a VR experience. But the company wasn’t allowed to bring its VR headsets and software to the show, which is an important part of the product, says Gerard Escaler, Lovense’s marketing chief.

“We’ve been sort of relegated a little bit towards the back.”

Still, Escaler was happy to have a presence on the show floor and at the United States’ biggest consumer technology show, even though he and other sex tech vendors’ booths were placed in a corner of the Sands Expo Convention Center — a secondary location largely filled with smaller companies — rather than at the Las Vegas Convention Center where the main event was held.

“CES is opening up, but we’ve been sort of relegated a little bit towards the back of the Sands Expo,” he says. “Having said that, there are a lot of creative companies in this area, and we have actually been generating a lot of booth traffic, which is great.”

Escaler says Lovense is known within the sex toy industry, but coming to a broader audience show meant preparing materials that people who might not know about sex tech would understand.

“Very few people know our product outside of the specific niche that we’re in, so we prepared by developing a lot of collateral and have been more educational in the conversations we’ve been having,” he says. The most common question the team gets is what their product does. 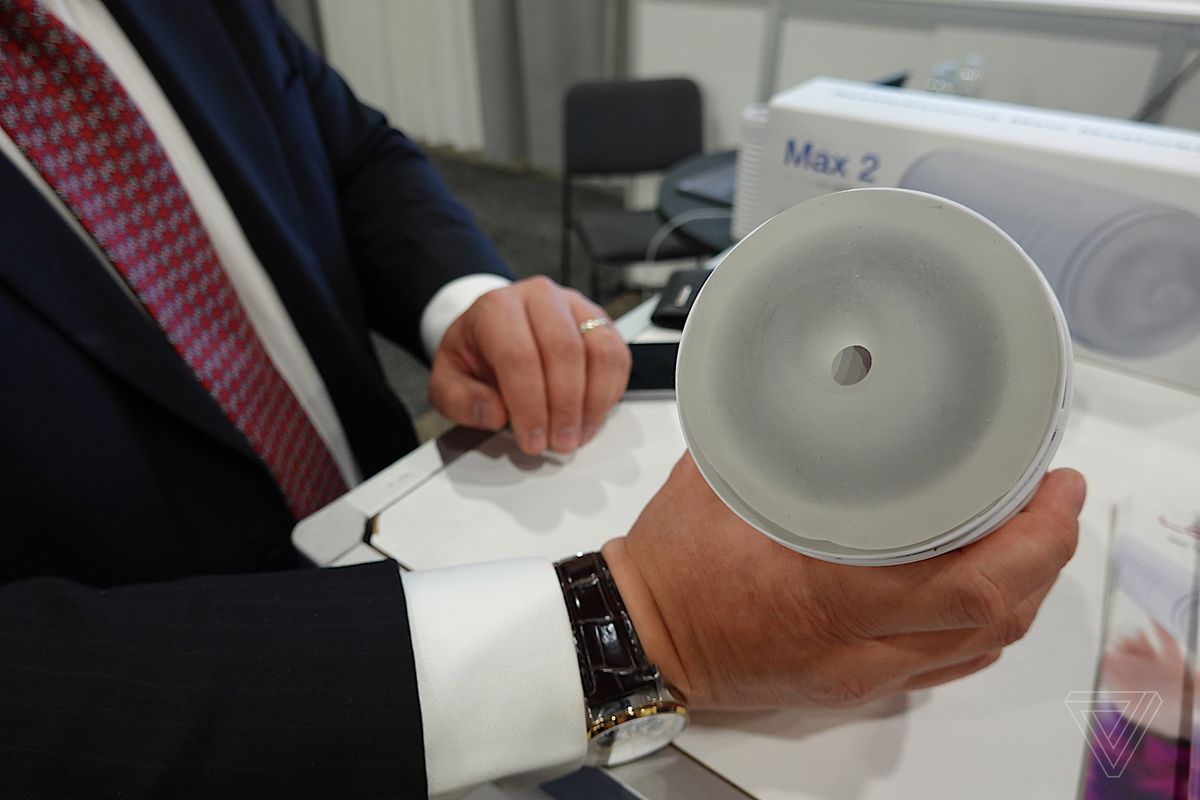 Educating the tech community came up in multiple conversations with exhibitors, although it doesn’t seem to have been a huge challenge in many cases. Candace Thome, a spokesperson for XR Brands, says she’s demoed tech for various CES exhibitors, and sex tech has been the easiest to explain.

“You’re usually educating on things that most people don’t do on a daily basis,” she says. “Every person can have sex, and every person knows about sex.” Once she starts explaining how XR’s harness-free inflatable strap-on works, attendees understand.

“It brings legitimacy to a category, and that’s really important.”

During my two hours on the floor, the booths seemed to be doing well. Tour groups stopped by Lora DiCarlo’s booth, likely to discuss the backstory behind sex toys at the show, and men and women asked questions of all the vendors and requested demos. One exhibitor, Satisfyer, gave away free products every hour, which it said was hugely popular, with people lining up around the booth.

Although sex tech is only officially allowed this year, one company — OhMiBod — has somehow made it on to the show floor for a decade, despite a broader ban. The CTA has never explained why it granted this exception. OhMiBod founder Suki Dunham says the extra rules this year weren’t an issue because people at the show are “professionals” who run a “professional business.” They wouldn’t want to make attendees uncomfortable. 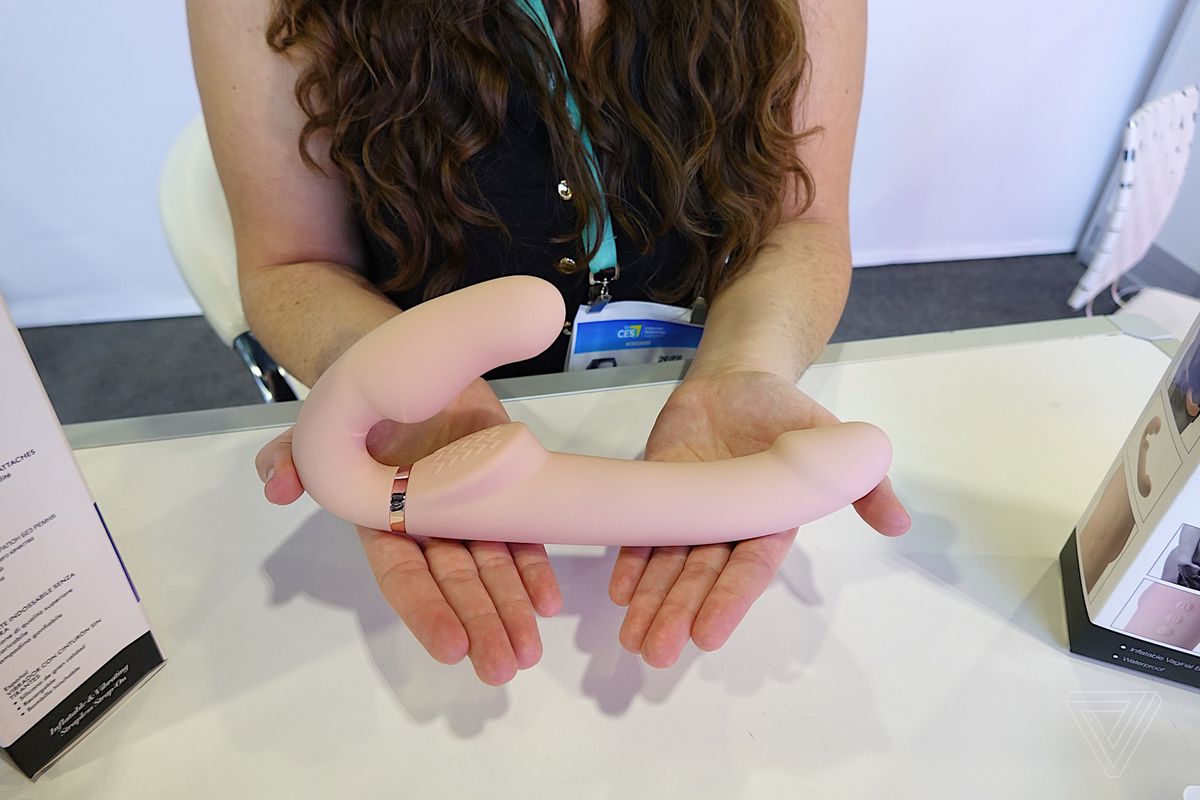 While the lifted ban means more competition on the show floor, Dunham says the CTA’s decision is good for the whole industry. OhMiBod’s products are for sale at Target because of a meeting at CES.

“Rising tide floats all boats, that’s how we view it,” Dunham says. “When you have a gathering of a group, it brings legitimacy to a category, and that’s really important. CES really acknowledging and embracing us also says these are real companies. You’re not going to see vibrators on every shelf in every big box, but I think over time, just like anything, you’ll see that the space will grow.”

Photography by Ashley Carman / The Verge

PSA: You might want to avoid the gobs of Halo Infinite spoilers Microsoft just leaked