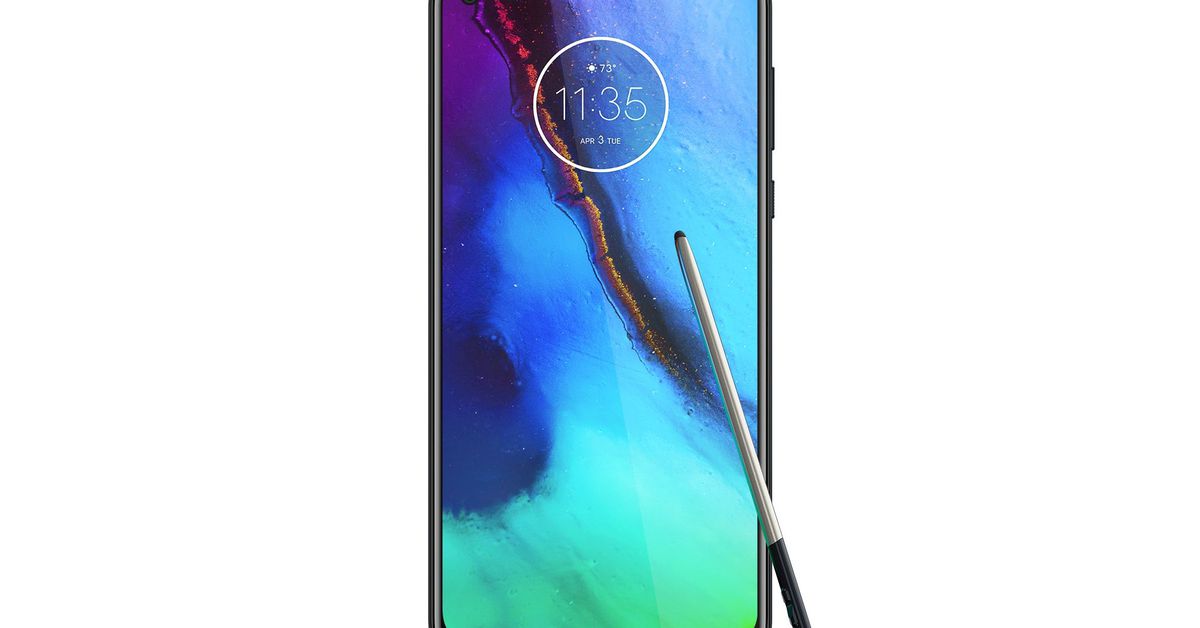 There’s been a lot of excitement around Motorola’s revived Razr and its folding screen. But a new image from Evan Blass (as reported by Engadget) suggests that a nostalgia play isn’t the only surprise that Motorola has in store for 2020. In the shot, we see a typical-looking Moto phone with a hole-punch selfie camera, but there’s a very surprising accessory next to it: a stylus.

The dual-tone stylus has two buttons near its top and a rounded soft tip. There’s a slight indent at the bottom left of the device, whereas Samsung’s S Pen typically slots into the bottom right of the Galaxy Note. The phone’s front design is quite similar to recent Moto releases.

Beyond that, there’s not much to go on. The date on the phone’s screen reads Tuesday, April 3rd, but April 3rd falls on a Friday this year, so I wouldn’t put much stock into that date. It’s not yet clear whether this device will even make its way to the US where Samsung dominates the Android world or if Motorola will instead focus on international markets with its first stylus-packing handset in years. LG also competes in the stylus category with some of its lower-priced phones.

But more than that, I’m curious to see what tricks Motorola gives its stylus. Is it just a tool for precise screen interactions or something more? Samsung has crammed a ton of functionality into the S Pen over the years, but it edged into gimmick territory a bit with the hand-wave gestures of the Note 10. How advanced Motorola’s stylus is will probably be determined by this phone’s price. Motorola could unveil the stylus phone at Mobile World Congress next month in Barcelona. Until then, it’s still taking a back seat to the Razr and its potential lumps.

10 new trailers you should watch this week

How to add and change watchfaces on your Apple Watch