I have an electric car, the Jaguar I-Pace. Like a lot of non-Tesla electric car owners, I’ve been hoping efforts by Electrify America and others to proliferate chargers would take away the pain of owning an electric. That hasn’t been happening.

I’m the moderator for the Jaguar I-Pace forum, and I follow other U.S. forums on the car. Feedback on the deployment is ugly. Only Tesla drivers appear to be able to drive their cars reliably over a long distance. Even the new Porsche Taycan — which many of us thought would be a Tesla killer — isn’t doing well. One of the first cars caught fire and nearly burned a house down. You may recall that a similar problem with an electric bike almost cost me my house and put that company out of business.

The autonomous car efforts aren’t looking much better. It is becoming clear that the five-level ranking system for autonomous cars is stupid. The reality is that the definition of “autonomous” is binary: Either the car can drive itself or it can’t. The fact is that car makers don’t want to take the final step to autonomy — Level 5 — because they are afraid of liability.

Here too, Tesla either is ahead of the pack or suicidal, depending on which side of the liability argument you are on. Tesla either is going to capture another unmatched advantage or go out of business.

I’ll have more to say about that and then close with my product of the week: the Dell Inspiron 7400, which showcases how critical it is to configure a laptop properly.

Tesla was the only car company that seemed to understand you needed to take a clean slate approach to electric car design and put in place a charging network that worked. No other car company has thought through the charging as well.

You can pretty much drive coast to coast in the U.S. with a Tesla, using Tesla Superchargers, and from what I’ve read, the experience is tolerable. It still takes longer to charge a Tesla than to gas up, and you often do have to wait in line or deal with jerks who either park their Teslas in the charging spot all day or park their pickup trucks in the spots so no one can charge. However, with a little creativity and a lot of anger management you can do it.

The experience with other electric cars is not nearly as good. The strongest network is Electrify America, but the reports on that network are bad.

The cables are stiff in the cold (they are water-cooled). They often aren’t long enough to reach the charging ports in the cars. The chargers themselves are unreliable, and I’ve read several reports that they rendered electric cars undriveable, either blowing out the circuitry in the car or frying the port itself.

I can’t for the life of me figure out how people planning these chargers didn’t test for cable length, the cold performance of the chargers, or whether the damn charger would destroy the car.

The list of recommendations on how to charge my car makes it look like some arcane magical formula for turning lead into gold. You must leave the door open, wake the car up, make sure you don’t touch anything until the charge initializes, etc. Then you should plug the damn thing in, and everything should happen automatically. It almost feels like the missing ingredient to get the cars to charge is the sacrifice of a virgin while standing on one foot chanting the old GE company song.

We are years into electric car sales, and charging still isn’t sorted. That is a huge problem.

Here is where Tesla also stands out. A recent teardown report revealed that a Japanese car company (Toyota is one of the supposed leaders in this area) responded that it couldn’t do what Tesla did with its Autopilot level 2+ system in the Model 3.

The Model 3 isn’t a top-of-line car for Tesla — it is the entry model. It isn’t yet a Level 3 system, let alone a Level 5 system, yet Tesla appears to have a massive lead.

This disparity once again showcases why many companies are going to Nvidia to get the job done, because only they have a system that appears as powerful as Tesla. The issue is that Nvidia’s system isn’t highly integrated, though it could be. That puts in question the entire autonomous driving approach, suggesting that the car makers Nvidia currently works with should integrate its technology more deeply into their design processes if they want to keep up with Tesla, let alone offer a better solution.

This concept of a bolt-on technology for something critical to the survival of the drivers is wrong-headed and will come back to haunt the industry when there are — and there will be — more highway deaths connected with the tech. An ex-employee aggressively tried to cause an autonomous car to crash, and we saw that the systems just aren’t set up to defend against insane drivers trying to crash them. A company would need to showcase that its system was as safe as could be made. With Tesla in the market, a lesser approach won’t be able to do that.

On litigation, until you get to Level 5 every system, including Tesla’s, needs to be sold as “enhanced cruise control.” Only Level 5 is true autonomous driving, and the only company that seems to be getting away with overpromising and underdelivering when a deadly accident occurs is Tesla.

This behavior does still give me a feeling that the resulting litigation could kill Tesla because even though their technology appears to be better integrated than others, it still suggests the car can do things it currently cannot. Even Tesla isn’t yet at Level 5.

There appears to be huge resistance to announcing a Level 5 system, even when it is achieved, for fear that some problem is going to cause the car to crash — and that will happen. Level 5 will drop accidents sharply, but it won’t eliminate them. There will be situations involving artificial intelligence failures in autonomous cars.

With autonomous cars, even if the accidents were taken down by 99 percent, the 1 percent still occurring would create a huge liability for the companies. Even trains crash from time to time, and they are on rails.

It seems odd that if you saved 99 lives out of a 100, you’d still be in trouble, but that is the world in which we live.

The electric car industry in the U.S. is in trouble, because those putting in chargers aren’t taking the time to do the chargers right. The car companies, with Tesla being the exception, aren’t stepping up to address the problem either, by ensuring their cars will work with the new higher-powered chargers.

The autonomous car approach appears to be hitting a wall regarding design and potential liability. If these problems aren’t addressed more aggressively, the promise of viable autonomous cars, even those from Tesla, won’t meet expectations, and electric cars as a concept likely will fail.

At the very least, there should be more aggressive efforts to make electric cars upgradeable, so that when there are problems, they can be addressed under warranty. Otherwise, electric car owners may be inclined to think they made a mistake by buying one.

This laptop is my second Latitude 7400. I was disappointed in the battery life of the first one I received for review, because it was configured improperly. Configured right, this laptop is a dream to use, which showcases how dramatically you can change the usefulness of any laptop by thinking through how you configure it. 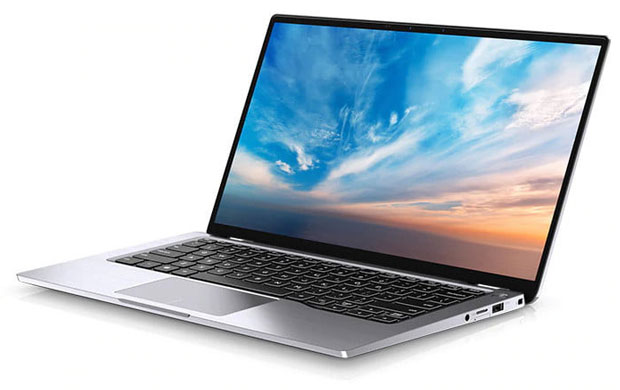 The Latitude 7400 is a 14-inch notebook that has been size optimized, which means it is smaller than a typical 14-inch but still provides the same large screen and keyboard advantages. The keyboard is important for those of us with large hands, and the 14-inch screen makes it easier to have both your reference documentation and your work product up at once, significantly ramping up my speed at turning out reports, reviews and columns.

The big difference between the earlier 7400, and this one is the six-cell battery, which gives the product true all-day battery life and allows me to leave the charger and my backpack behind. My backpack weighs in at 22 pounds now, and my back and shoulder appreciate not having to lug it around.

Another feature I find critical is the Qualcomm WAN adapter, which allows me to continue to work on a plane before takeoff, get connected where WiFi isn’t available, or where it is risky or oversaturated with other uses.

I used the 512-GB NVMe storage option as well, for the perfect balance of performance and capacity. You’ll take a performance hit if you go to another technology, and I don’t see the point in paying for capacity I’ll never use. I went with 16 GB of memory for the performance as well.

One interesting feature I’ve come to love is the proximity sensor Windows Hello IR camera option. When I walk away from the laptop at an event the machine locks, and it logs me back in when I approach it again. I think this should be part of every laptop.

Comparing Google Stadia and Project xCloud Is Both Unfair and Incorrect