Instagram on Tuesday announced a slew of new capabilities to combat misinformation about the coronavirus pandemic, along with a co-watching feature that helps users feel less isolated while sheltering at home.

Efforts to clamp down on misinformation include the following:

Additionally, Instagram has created a shared story to help make social distancing more bearable, through a “Stay Home” sticker, and it launched the co-watching capability it began testing last year.

Instagram applies a label to content deemed false or partially false, and adds a link to a fact-check explaining why the information may be incorrect, the spokesperson said.

Instagram has not set a time limit on its temporary ban on ads and branded content because of “the evolving timeline of this health emergency,” the spokesperson noted.

The new stickers, which include reminders to users to wash their hands and distance themselves from others, will be available over the next few days.

A search for information relating to coronavirus or COVID-19 will trigger a message connecting searchers to resources from the World Health Organization and local health agencies. It will be available globally in the coming weeks.

“This is an incredibly positive and much needed move by Instagram,” remarked Liz Miller, principal analyst at Constellation Research. “It not only addresses issues around misinformation and fraudsters looking to prey on chaos, but it also does more to better connect people who may feel more socially isolated than distant.”

Instagram “is uniquely positioned to give people an outlet — one where they can connect with friends and family, and see the positive stories out there to add a bit of sunshine,” she told TechNewsWorld.

That said, Instagram will have to decide whether misinformation is an issue only at the apex of a crisis, Miller noted.

If it decides misinformation is a problem only during a crisis, Instagram will “need to define what a crisis is, who calls it, what experts get pulled onto the assessment and response team — and communicate this intention now,” she said.

“This effort is pretty impressive if they execute to plan,” said Rob Enderle, principal analyst at the Enderle Group.

“If they can, Instagram has set the new bar for what can and should be done with social media,” he told TechNewsWorld. 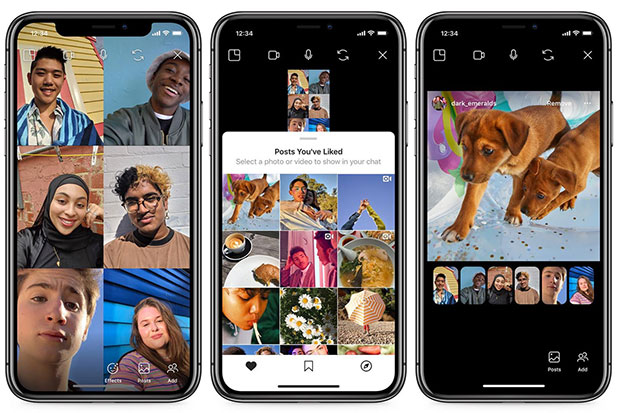 “This is the best shot it has to get people to use tools like this, with large numbers of people locked in their homes,” Enderle observed.

CrossFit trainer Tyson Stoll was among the first users to give it a spin.

Just used it with my CrossFit friends. So easy!! pic.twitter.com/RrfNIdrs4F

This co-watching feature “turns a passive action into a shared event,” Constellation’s Miller said, “but I just asked two teens, one 14 and the other 18, about it via Instagram and the universal answer I got was ‘Why?'”

However, their efforts might not be enough, suggested Miller. “Just today, on Facebook, I was served a sponsored ad for children’s protective hats with a clear face guard ‘guaranteed to stop droplets of spit which could contain a virus.'”

Lawmakers should be approached for help, said Enderle.

“You can’t win by playing whack-a-mole. You have to be able to go after the criminals, and law enforcement can do that,” he said. “Put a few of them in jail with impressive fines that exceed their profits, and you’ll cut back significantly on this behavior.”

Criminals With a Conscience

Some ransomware gangs reportedly have pledged to stop attacking health organizations during the pandemic.

However, at least two have not refrained.

“We’ve seen documented cases of cybercriminal rings continuing to attack even after pledging not to,” said Chris Clements, VP of Solutions Architecture at Cerberus Sentinel.

That could be because they are geographically distant from their victims, Clements told TechNewsWorld. Other possibilities are that they see their pledge as a way to get potential victims to lower their guard, or they might fear other cybercriminals will beat them to the punch.

Such a pledge is meaningless because cybercriminals “really have nothing to lose by breaking the promise not to attack,” observed Erich Kron, security awareness advocate at KnowBe4. Further, there is also no indicator of when they will resume the attacks.

Healthcare organizations need to maintain vigilance “because the stakes are so high,” Kron told TechNewsWorld.

“Today, the gold star goes to Instagram for tackling two issues: misinformation and combating the feeling of isolation,” Constellation’s Miller said. “The real test will be what happens tomorrow, when COVID-19 is not the primary headline causing misinformation to hurl across the Internet.”

It’s easier to rally resources to fight misinformation about a pandemic than it is about political or socially debatable issues, eMarketer’s Enberg noted. “That’s likely one reason why Facebook has stuck by its refusal to fact-check posts and ads from politicians, even as it has expanded its fact-checking programs for other types of content.”