Being stuck at home gives us all way too much time to think, and many of us are burning through online content very rapidly. One of the things I just noticed is that TV shows that typically have live audiences suddenly have become almost unwatchable.

My family likes both The Daily Show and Last Week Tonight, but after watching the most recent shows, I’m not sure we’ll be watching them anymore. I expected this would happen, given that a few months ago I watched an episode of The Big Bang Theory (arguably my favorite sitcom at the time) without a laugh track, and it went from funny to sad.

In the context of the COVID-19 virus and our sudden need to view events remotely, coming up with ways to make audiences feel engaged has never been more critical.

I spent four years trying to be an actor and grew up with a number of them, and I saw firsthand how the entertainment industry learned to deal with the engagement problem. Shows like The Daily Show, Last Week Tonight, and most late-night talk shows need to relearn those lessons or a ratings fall is likely to end them.

I’ll share my thoughts about what these shows are forgetting, and what we need to do with our virtual events this week. I’ll close with my product of the week: the new VR video game Half-Life: Alyx, which is incredible and just a tad scary as hell.

One of the advantages of being old, and it is kind of a shortlist, is that those of us that have been around for a long time have seen problems solved that are springing up again. Take, for instance, the idea of engaging a remote audience. When I was growing up, the use of a live audience was the exception and not the rule.

Comedies like Gomer Pyle, U.S.M.C., which starred my father’s old friend Jim Nabors (I got to spend some time on set), were shot on a sound stage and didn’t have a live audience. Instead, they used a timed soundtrack of people laughing, both to point to what was funny and to get a group reaction to the comedic event. It worked, but it didn’t work as well as having people live. So, over time, almost all of the successful shows moved to a live audience.

What you generally heard on TV shows up to now — that is, until they shut down live audiences — was real people laughing, However, what you maybe didn’t realize was that the laughs weren’t spontaneous. They often followed a lighted sign that only the TV audience could see, which said “laugh.”

The show creators found that laughter, whether canned or real, tended to be viral (the good kind) and that people were manipulated into more likely laughing along. Removing the audience and not going back to a laugh track — likely because some idiot thought that it would be inauthentic — makes it harder for the audience to determine if something is funny, and the result is a relatively dull and unfunny program even though the jokes are pretty much the same quality.

Problem With a Laugh Track

Now the one glaring problem with a laugh track is that the entertainers have no one to play off. If they pause for laughter they can’t hear, it just feels weird. If they don’t pause, the audience may miss the next line.

You may have faced this yourself if you’ve been the speaker while on an online conference call vs. being in the room. You’ll likely remember that it kind of feels weird. Remotely, you have no idea whether anyone is listening to you. For all you know, everyone just decided to tune you out. If they are in the room with you, at least you generally can tell if they are paying attention or have drifted off to email.

A laugh track, which speakers or actors generally don’t hear, can’t provide the necessary level of feedback. Even if they did listen to a laugh track, there would be a sense that what they were hearing was artificial, and it likely wouldn’t have the same impact.

So, why can’t they virtualize an audience?

I can see two ways to do this. One is that you have an artificial intelligence system drive a realistic soundtrack that is better timed and sounds more like real people. The other is to use actual real people.

Of course, there would be a bandwidth problem if you tried to instrument the entire audience for a TV show — but not everyone who watches a TV show is in the room. TV shows are generally taped ahead anyway, so that wouldn’t work even if you could scale it.

So, why not tape in front of a live virtual audience that can respond in real time? Granted, the show might have to pay them to ensure quality. It could swap out audience members based on how they sounded and how well behaved they were. Still, you should be able to conference in the number of people in a small to a moderately sized audience and then mix their sound into the program.

Just as important, the speakers/comedians could see the video conferencing feed from the audience, so they would get real-time feedback for timing and to improve their performance quality.

This feed should not be shared with the broader audience, as people tend to forget they are on camera. For instance, my brother shared that in a recent video conference class, one participant started using a bong, and another stood up naked, forgetting he was on camera. Granted, both likely created some additional excitement, but the incidents probably didn’t do those individuals’ reputations any good.

Wrapping Up: Remembering the Advantages of Virtual in Virtual Events

What programs are forgetting is that before where were live audiences, there were laugh tracks. While not as good as live audiences, they were a ton better than nothing. I just broke for lunch and watched the latest Daily Show episode, and it was painful without any laughter.

Just because people aren’t going into studios, that doesn’t mean you can’t have camera operators running the cameras remotely. You can still do green screens at home (providing interesting backgrounds), and you can have access to editing.

With today’s technology, you also can create virtual audiences, and if you are thinking of doing a streamed event, consider having some of the audience preselected and rehearsed, and feed their sound into the event’s sound stream so that the broader audience hears engagement.

Steve Jobs used to pack the front of any event with people who were rehearsed to know when to cheer, and it helped drive excitement for announcements. It’s possible to do that virtually. It just seems that since we’ve gone remote, we’ve forgotten all the tricks that initially were used for TV, and even radio broadcasts, to create the illusion of a live audience and help with engagement.

In general, a lot of us seem to be running around too much and not thinking enough, even in the media space. We should use available tools to create content that is amazing, funny, engaging, and worth watching even on a limited budget (just go to YouTube), which potentially could make some of this programming even better than it was before COVID-19. If it doesn’t have to suck, why not un-suck it? (That’s a term I don’t think I’ve ever used before, likely for a good reason).

For some time, I’ve been trying to find a virtual reality game that keeps me engaged. I have several VR rigs, but until recently I didn’t use them much. These days, I have a real need to at least feel like I can get out of the house, and I have been using my newer VR rig (a Samsung unit) to do things like take museum tours virtually.

However, I just installed Half-Life: Alyx, and suddenly I’m having a ton of fun scaring the crap out of myself virtually. This game is your typical Half-Life zombie adventure, and you play it as a woman, which is a tad unusual for this genre. That doesn’t seem to matter, because in this virtual world there are no mirrors. 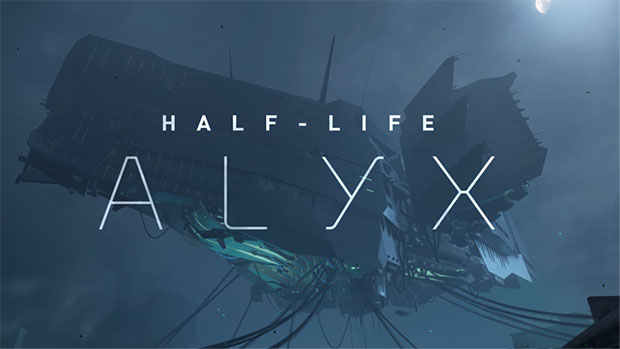 The game starts quickly with just puzzles. Then you go from dead to undead zombies, and things get interesting. The first time the undead showed up, I froze and got an ugly death when I realized I’d run out of bullets, and the guy dismembered me. Thank goodness they haven’t implemented a pain interface yet.

I expect this game will be even better with the coming Reverb G2 Headset from HP. This headset is expected to be the best in class when it releases, and it could add to all VR games.

Now, when playing the game, make sure you have plenty of room and keep track of where the cable is. I got wrapped up in mine several times, and I nearly broke my monitor thinking I was fighting back against the zombie killing me.

If you have enough computing power (I’m using an AMD Threadripper system), the level of realism is incredible. The first time I played, two hours went by like nothing. I was a bit dizzy when done, but I had this massive grin on my face. It is surprisingly fun to shoot realistic zombies.

Since Half-Life: Alyx is the first VR game that got me to enjoy VR (outside of driving simulators), it is my product of the week!

Fantasian, The New JRPG Made by Final Fantasy Creator, Is Out Now on Apple Arcade

Apple Presents Its Spin on Entertainment and News