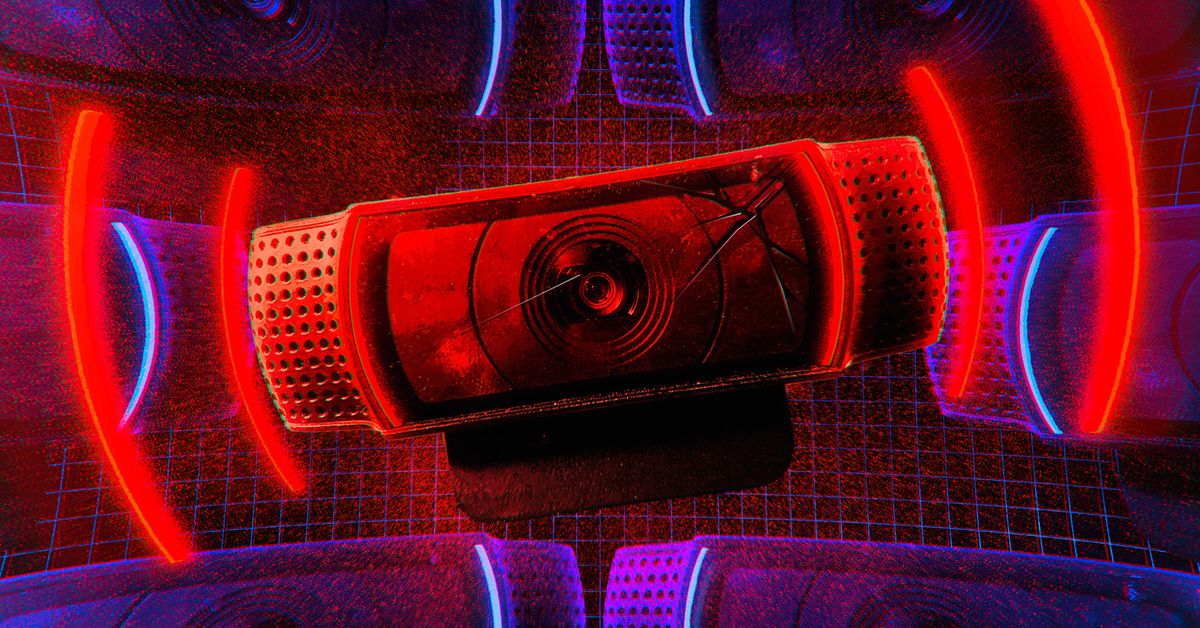 Mindy* listened to the rabbi preside over her uncle’s funeral on Zoom. The virtual event has become commonplace during the COVID-19 pandemic, but it still felt surreal to her. Her father and uncle Ralph had been unusually close — their dad died when they were young, and Ralph helped raise his little brother. The rabbi was talking about the siblings’ relationship when the screen went white, and black letters started to appear. The scribbles looked like the handwriting of a child. “That’s weird,” Mindy thought. “Someone’s kid must have taken over the screen.” The letters began forming words: “Die Jew.”

The incident Mindy and her family experienced is part of a wave of Zoom attacks targeting the Jewish community. As Americans stay quarantined due to the pandemic, events that used to take place in person — town halls, weddings, and funerals — are now streaming on the videoconferencing platform. The trend has brought with it a new form of digital harassment: Zoombombing, where trolls enter meetings uninvited and stream disruptive or offensive content.

Online bigotry didn’t start with the quarantine. Oren Segal, vice president of the Anti-Defamation League’s Center on Extremism, says, “we’ve been dealing with issues with hate online well before coronavirus.” Anti-Semitism in particular has long been a part of internet culture. It’s just recently migrated to Zoom.

The videoconferencing platform has moved to quickly fix the glaring security issues that made such attacks possible. On April 5th, Zoom rolled out meeting passwords and waiting rooms as the new default setting for all users. CEO Eric Yuan also announced the company would temporarily stop developing new features and shift its engineering resources to focus on privacy and security.

But the Anti-Defamation League says this short-term emphasis on safety might not be enough. “Extremists won’t stop. They never do,” says Segal. “Zoom can’t stop looking at new ways they’ll be exploited.”

Zoom was not designed to be social. It’s a corporate business tool that suddenly became the pandemic’s go-to communications platform. Yuan probably didn’t anticipate his software turning into a concert hall, much less a school or a therapy office. Then the novel coronavirus started to spread, shutting down much of the world’s economy. From December 2019 to April 2020, Zoom went from 10 million users a day to more than 200 million. A product that used to be utilized by business professionals became a lifeline for students, families, and religious communities.

Yuan was as surprised as anyone. “I never thought that overnight the whole world would be using Zoom,” he said in an interview with Bloomberg. “Unfortunately, we did not prepare well, mentally and strategy-wise.” The lack of preparation was underlined by the fact that most Zoom attacks weren’t the result of sophisticated hacking. People posted meeting links publicly. White supremacists found them. Chaos ensued.

Some of the attackers are well known members of the alt-right. On March 24th, Andrew Alan Escher Auernheimer, known by his pseudonym weev, interrupted a class at a Jewish community center to go on an anti-Semitic rant. But others were just trying to cause mayhem. To the victims, the distinction didn’t matter. They were shocked and traumatized either way.

A wave of bad press hit in March. TechCrunch broke the story about Zoombombing. Vice discovered Zoom was leaking peoples’ email addresses to strangers. The Intercept realized the company had been claiming its meetings were end-to-end encrypted (they were not). An engineer found that Zoom was evading macOS administrator controls and installing its app without final consent.

Yuan argued this was all a function of an enterprise product becoming a consumer tool overnight. “We did not design the product with the foresight that, in a matter of weeks, every person in the world would suddenly be working, studying, and socializing from home,” he wrote in a blog.

This was only partially true. As Casey Newton wrote in The Verge, the company purposefully designed its product to be as consumer-friendly as possible. Asking users to enter a password or download an app before joining a meeting creates friction. Zoom wanted to be frictionless. “Consumer-grade ease of use is essential for a tool like Zoom,” wrote Newton, “but so is enterprise-grade security.”

This is especially important during the COVID-19 pandemic, when fear and anxiety are running high and people are isolated from one another. “There’s this desperation for community and safe spaces at a time when safety seems hard to attain,” says Segal. “When somebody comes into that space and abuses that, it shatters the normalcy and connection. Hate is bad always, but when you add that to the current environment and the fear and anxiety, it’s an extra notch problematic.”

Segal added that the issues Zoom is experiencing should serve as a warning for the rest of the tech community. As people continue to spend more time online, extremists are sure to find new ways to spread hate and fear. “I hope that we learn our lessons from Zoom so the problems aren’t repeated on other platforms,” he says.

For Mindy and her family, the Zoombombing incident shattered their ability to find closure at her uncle’s funeral. Even worse, it traumatized her children. “That was so ugly,” her daughter said in the wake of the attack. “Why do they hate us? Do they know where we live?” Mindy didn’t know what to say. “For my kids, it was a shock,” she says. “They’ve never been subjected to that before. I’m not quite sure they have ever felt what it’s like to be the subject of such hatred.”

In a statement emailed to The Verge, a company spokesperson for Zoom said: “We have been deeply upset by increasing reports of harassment on our platform and strongly condemn such behavior. We are listening to our community of users to help us evolve our approach and help our users guard against these attacks.”

The ADL now has a running list of anti-Semetic Zoombombing incidents to track the ongoing attacks. On March 27th, a synagogue in Maryland reported that virtual shabbat services were interrupted by someone yelling “Heil Hitler” and “Jewish scum.” One of the Zoombombers had a swastika tattoo and exposed his genitals to the group. On March 30th, a Jewish nonprofit was hosting a call with over 100 people when a Zoombomber started yelling “death to the Jews” and “Heil Hitler.” Then on April 1st, a weekly Talmud class led by a rabbi near Detroit was interrupted by someone who pointed a rifle at the camera.

“Extremists never miss an opportunity to leverage a crisis for their hatred,” says Segal. “They’re now trying to bring it into our homes.”

*The Verge agreed to only use Mindy’s first name to protect the identity of her family.

9 new trailers you should watch this week

Apple’s Studio Display should work with Windows — including the webcam