The reason governments had to shut down economies is that in the face of a pandemic, we could not tell who was sick and who was not. While widespread testing followed by a vaccine eventually will curb this virus, what about the next one?

As we have seen, it takes months to develop tests and remedies for a new disease and more than a year to develop a vaccine. We have learned from the flu that vaccines for viruses of this type are somewhat unreliable because they tend to mutate, and a vaccine for one strain may not work on a different strain.

What this suggests is that we need a sustainable change that can keep us safe regardless of the pathogen, which got me thinking about the old Intel bunnymen ad (should be bunny people now).

Now, you wouldn’t wear this all the time. However, in the case of an outbreak, rather than shutting the country down, having another alternative — a bunny suit — would address the social distancing issue and still allow people to interact in close quarters.

I’ll share my views on that and then close with my product of the week: the impressive new iPhone SE.

Shutting Down Countries Is Not Sustainable

Right now, politicians both inside and outside the U.S. are struggling with shutting down economies to deal with the COVID-19 virus. The market stimulus packages seem mostly designed to mitigate some of the pain. So far they don’t seem focused on funding a sustainable fix to the problem of needing to shut down the country to stop the virus transmission.

In a few weeks, we likely will see the outcome of opening some countries and states too early, forcing them to go into lockdown again, putting their economies and healthcare systems under more significant stress.

We also are likely to see massive protests from populations no longer able to afford food, water, medicine or rent. Where I live, I see what appears to be an increase in attempted burglaries, and we have not been hit that hard yet.

Divorces are expected to go up sharply because of the massive stress we are putting on families, and women in particular are being overwhelmed as many are expected to handle the kids, the home, and their jobs without the help they once could depend on. I am a tad worried that if my sex does not start stepping up more, we may find ourselves individually homeless and suddenly single.

We need technology that can provide a sustainable virus shield that will work with most any pathogen so that we have a better alternative to sitting at home.

COVID-19 is relatively benign compared to what it could be. It generally passes through bodily fluids, mostly by someone coughing or sneezing on a surface or another person. It appears that it is not truly “airborne” (although definitions of that term differ). You must take the virus into your body; you do not contract it through the skin.

The next virus may have none of those limitations.

Back in 1973, Intel had a problem with contamination entering its fabrication factories (called “fabs”). In one of the fabs, Fab 3, the company instituted something new. Employees first just wore their own clothing. Then they went to smocks and hair coverings. However, contaminants like lint still got into the manufacturing process, causing unacceptably high rates of parts failures.

Intel needed something that was far more effective, so it introduced the bunny suit, and it seemed to do the job. It contained a person’s emissions — mostly hair but any other bodily contaminant — and that allowed clean room protocols to become effective. Quality improved.

It is interesting to note that at Intel, these suits became surprisingly popular. Other employees would go out of their way to visit Fab 3 so they could wear them long before Intel turned them into a part of its Pentium ad campaign. My wife, who worked at Intel at the time, had her purple bunny suit, and these things were surprisingly popular as costumes while the ad was running.

Last time I was at the Intel Museum, bunny man dolls were still strong sellers, showcasing that with marketing backing, the attire could be made acceptably popular.

The bunny suits are designed to be worn for hours. They can be cooled individually (depending on configuration), potentially cutting down on air conditioning costs. It should be cheaper to cool the suits than an entire building. With effective dressing and undressing protocols, they allow people to work in close proximity for years in areas that need to be kept exceedingly clean.

While they fall below a hazmat suit, necessary to protect against truly airborne viruses, they could keep people carrying most viruses quarantined but functional. Bunny suits would seem to be both a well tested (they have been in service for around five decades) and potentially more effective solution than voluntary quarantines at home, given that many people are finding it extremely hard to stay locked up for weeks on end.

As designed, the suits would be effective for sporting events, meetings and offices. They could benefit food workers, and even some workers in healthcare environments (maintenance, reception, security, for example).

In their current form, they cannot be used for patient care, though a variant of the suit designed for that use might fill that need. (Intel just donated 1 million pieces of protective gear to hospitals, pulled from their emergency response stores and ordered from Intel’s suppliers.)

Now the suits would need to be altered to better allow for eating and drinking safely. They should be supplemented with technologies that would enable tracking an employee’s temperature and blood oxygen level, and provide an alert if an employee should become distressed.

There is potential to give the suits the ability to regulate temperature, and used in connection with earbuds and head-mounted displays to provide a level of situational awareness that we currently do not have. Coupled with the tracking that Google and Apple are implementing, they should give far better protection than home quarantine, while allowing most people to continue to work.

Closing countries and states is not sustainable. We need an alternative solution, short of hazmat suits, to prepare better for the next pandemic, let alone allow people to return to work in a timely and safely fashion under the current threat. I think Intel pointed the way with the bunny suit, which could be customized to match the user’s taste and fashion sense or made transparent to show off existing wardrobes.

If we want to avoid another no-win choice between closing the country and flattening the curve, we need something people can wear that will prevent the virus from spreading. I think the bunny suit, with updates and modifications, could be that thing.

The iPhone SE is an exciting product from Apple, although if it were not for the COVID-19 outbreak, I would argue that the product would fare poorly. However, with economies tanking, there is a strong argument for Apple to have a lower-cost quality phone in the market to sustain sales volume, and the iPhone SE is just such a device. 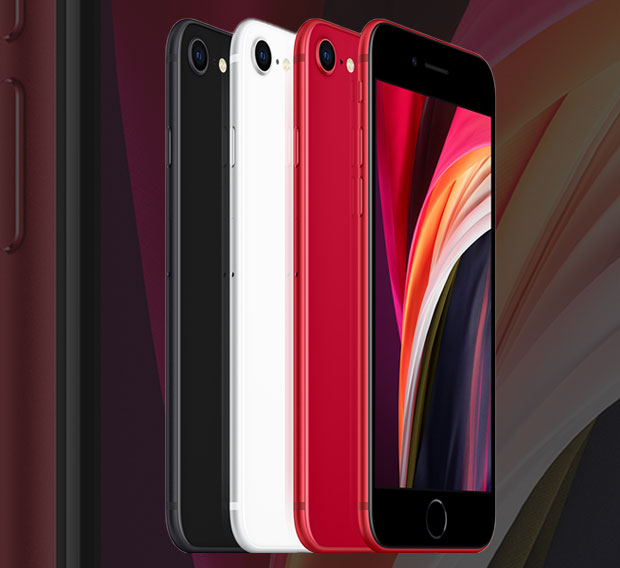 The reason this could cause Apple problems is that the iPhone brand is considered a luxury brand. When the car companies tried something like this (recall the Porsche 914/912, the Lincoln Versailles, the Cadillac Cimarron), it ended badly. However, Porsche did come out with the Boxster, successfully showcasing that if you build a high-quality, low-cost product, you will not lose the brand. The iPhone SE appears to be a high-quality, relatively inexpensive offering.

I think the black is stunning (it also comes in white and red), and while the camera is a downgrade from Apple’s higher-end lines, it still does not disappoint. Most will find it more than adequate.

Starting at US$399 and capping out at $549 ($50 cheaper than the iPhone XR), this phone appears to be a strong value, though given this is a 5G rollout year, I’d likely wait for a 5G phone if I were in the market.

This phone goes back to a fingerprint scanner for security, which many find more convenient anyway, and while it uses the same processor as more expensive iPhones, the display and camera systems, while adequate, aren’t as good.

If you need a new iPhone, given how tight money is right now, this may be the phone for you. It is an iPhone, and I think it is surprisingly attractive. It may represent the best value that Apple currently has, so the Apple iPhone SE is my product of the week.

As Shiba Inu (SHIB) Introduces a New Supply Burn Mechanism, the Widely Circulated Prediction for the Coin To Hit 1 Cent May Have Some...

Cheapest Microsoft Windows Pro Keys At $9.02, MS Office, Antivirus And Tons Of Other...