Microsoft is planning to bring music controls to its Your Phone app that will allow Android owners to see and control what songs are playing on their phones. The software maker has started testing this new feature in preview versions of Windows 10 today, and it’s expected to appear for everyone later this year. Audio tracks playing on a phone will be synced to the Your Phone PC app, and there’s even a mini player much like the built-in Windows 10 music controls.

Song titles and album art will be displayed and synced, and controls include the usual play, pause, previous / next. There’s also a drop-down in the audio player to switch between different sources and music apps on a phone. Most Android music apps will be supported, including Spotify, Pandora, Amazon Music, Google Play Music, YouTube Music, Xiami Music, and Google Podcast. The big exceptions are YouTube videos and Audible, which are both currently unsupported. Supported apps will need to include media controls in their Android notifications. 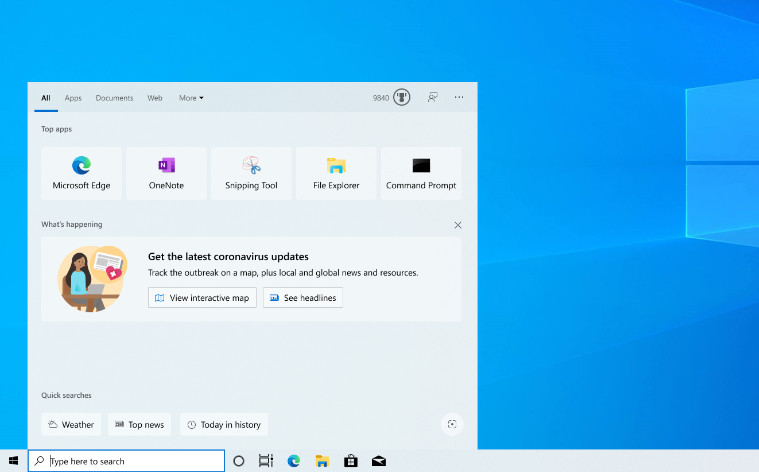 Microsoft has been gradually improving Your Phone over the past year, including the ability to make and receive calls from a PC and Android screen mirroring.

Alongside the Your Phone changes, Microsoft is also including coronavirus information in the search results in Windows 10. This will appear for all users of Windows 10, and it includes links to headlines about the pandemic and an interactive map link to Bing’s COVID-19 Tracker. Microsoft is including this in 33 markets for Windows 10, and you can simply dismiss it by tapping the X in the corner if you’re not interested.

Google Clamps Down on Ads for Spyware, Stalkerware